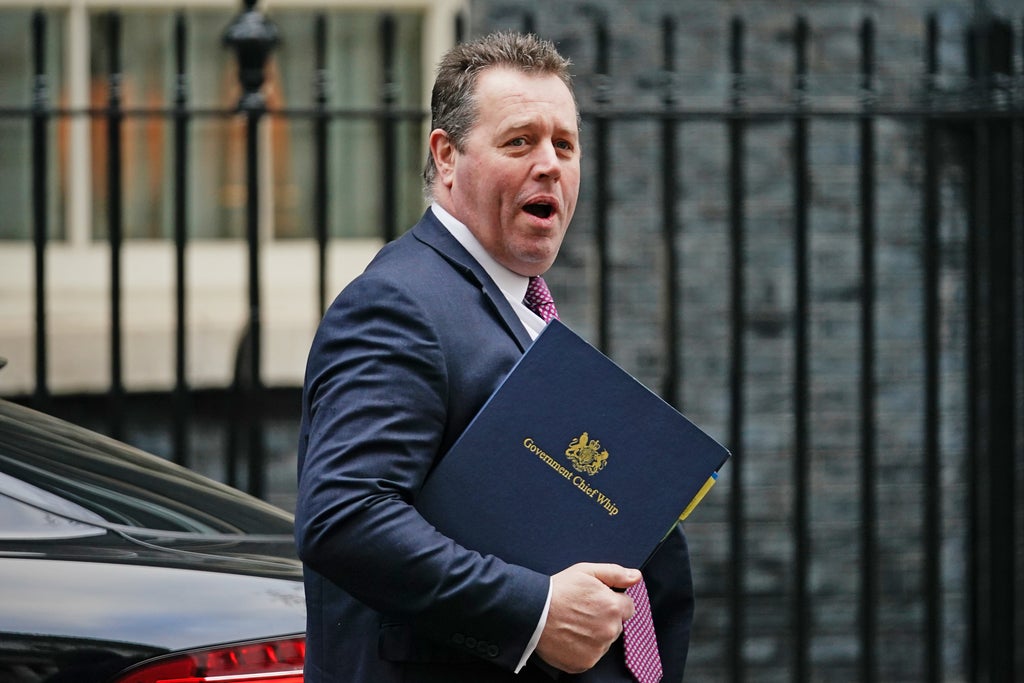 Mark Spencer, who was chief whip, was made Leader of the House of Commons on Tuesday, replacing Jacob Rees-Mogg.

Among the responsibilities of the job is “upholding the rights and interests of the backbench members of the House”, according to the government’s own description.

The Commons leader is the custodian of the complaints system, as well as all standards-related matters.

But Mr Spencer was criticized last month after a fellow Tory MP claimed he told her the fact she was a Muslim was making colleagues uncomfortable.

She says the whip indicated that this was why she was sacked as minister.

Boris Johnson launched a Cabinet investigation into the matter, which relates to an exchange which occurred in March 2020. Mr Spencer has no role in this inquiry.

Asked whether Mr Spencer’s appointment was inappropriate, given the ongoing investigation into his alleged comments to Ms Ghani, Boris Johnson’s official spokesperson said:

“There is an ongoing investigation to establish the facts of what happened and that’s being carried out in line with due process.

“It’s right that we need to allow that investigation to conclude without pre-empting it or drawing conclusions whilst that work is ongoing.”

Apparently acknowledging Mr Spencer’s promotion, Ms Ghani on Tuesday reposted a statement she had first issued on 24 January when the inquiry was launched.

“As I said to the prime minister last night, all I want is for this to be taken seriously and for him to investigate,” she said.

See also  The Dropout: What is fact and what is fiction in Hulu's new Elizabeth Holmes miniseries?

The former chief whip says Ms Ghani was invited to use the internal Tory complaints procedure at the time the comments were made but that she declined to do so.

On 22 January Mr Spencer said: “To ensure other Whips are not drawn into this matter, I am identifying myself as the person Nusrat Ghani MP has made claims about this evening.

“These accusations are completely false and I consider them to be defamatory. I have never used those words attributed to me.

“It is disappointing that when this issue was raised before Ms Ghani declined to refer the matter to the Conservative Party for a formal investigation.

“I provided evidence to the Singh Investigation into Islamophobia which concluded that there was no credible basis for the claims.”

Parliament and government’s overlapping complaints and standards systems have come under scrutiny in recent months following a series of sleaze allegations, including over lobbying and poor behavior by MPs.

LIVE: Pride in Trafford makes a welcome return for 2022 with huge celebration of queer art and culture