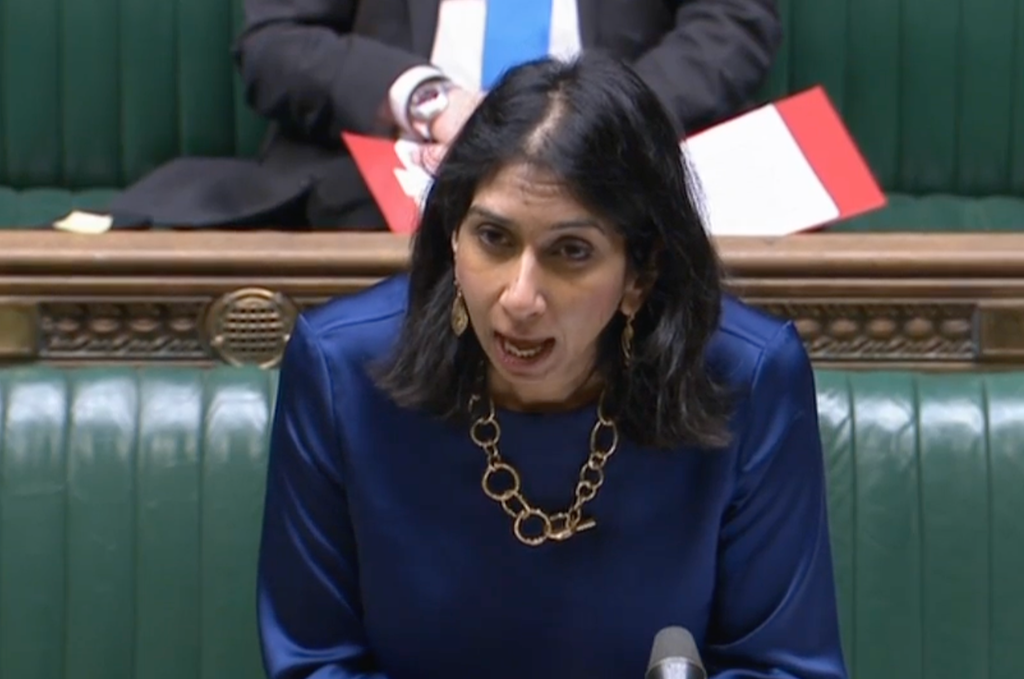 A Conservative minister has launched into a bizarre rant about “honouring democracy” after she was asked whether Boris Johnson would face consequences for allegedly breaking the law during lockdown.

Suella Braverman was fielding questions from MPs in the House of Commons when she was asked by Labor member Rupa Huq whether “anyone who is found to have breached lockdown regulations, whatever their rank” would face “the same consequences as Joe Public did”.

Ms Huq noted that the government had had “a fair few brushes with the rule of law” including the police investigation opened into conduct at Downing Street and whether rules had been broken.

In response, Ms Braverman, who as the attorney general is the government’s top legal chief, said: “The Prime Minister has made his position clear. I’m not going to add any more in light of the live police investigation.

“A prime minister who is now leading not just the UK but the world in beating Covid. Mr Speaker, had the opposite party been in charge, they would have canceled Brexit not delivered it, we would have been in more lockdown, not less. Mr Speaker on the big calls Labor gets it wrong.

After the exchange Ms Huq told The Independent that the reply she got from the minister “in no way resembled the question”.

“It was almost as if on autopilot ranting about getting Brexit done,” she added.

The Metropolitan police is currently investigating the prime minister’s appearance at six rule breaking events, which could lead to him and other staff being issued with summary £10,000 fines.

The bashes were among 12 wider being looked at by the police, including a BYOB drinks do in the Downing Street garden, a party in his No 11 flat and a birthday celebration in the Cabinet room supposedly featuring a cake.

But it is not clear whether the PM will be sanctioned and what level of detail will be released about what went on at No 10 when the public were locked down to prevent the spread of Covid-19.