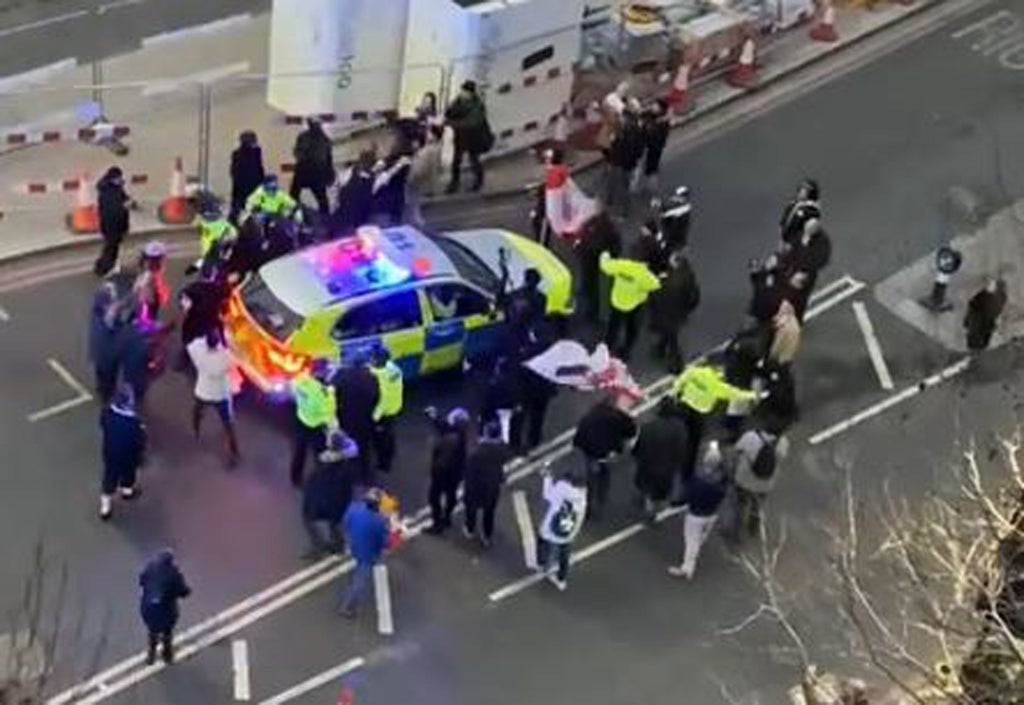 A Tory councilor is under investigation after sharing a mocked-up image of Jimmy Savile sat next to Labor leader Sir Keir Starmer in the Commons.

The Facebook post, which was shared by Keith Girling, the Conservative deputy leader of Newark and Sherwood District Council, a day before Boris Johnson’s controversial Savile attack on Sir Keir, has since been deleted.

Officials have said they are now looking into the post; a photoshopped image of the notorious celebrity paedophile smoking a cigar and lounging on the green benches of the House of Commons next to the leader of the opposition.

A spokesperson for Nottinghamshire County Council told The Independent that a “complaint has been received and we are now using the processes in place to review it”.

Claims that Sir Keir failed to prosecute Savile were catapulted from far-right conspiracy theory chatrooms to the center of government last Monday when the prime minister falsely claimed the Labor leader went after journalists rather than the late sex offender when he was Director of Public Prosecutions.

A week later, Sir Keir was confronted by angry protesters, some of them shouting about Savile, outside parliament, prompting fresh pressure on Mr Johnson to withdraw his claim. The prime minister is yet to do so.

Mr Girling, who is also chairman of Nottinghamshire County Council’s economic development and asset management committee, described the complaint against him as “vexatious” and insisted he had “not breached any rules”.

I have told the Newark Advertiser: “I posted it [the image] well before Boris Johnson made his comments, I didn’t create the post, I just shared it.

“I have [Sir Keir] was head of the department so of course he had something to do with it. He was paid a really good wage to do what he was doing and to say ‘I’m in charge but didn’t know what was going on’ – it’s hypocrisy.

“I’ve not breached any rules and I’m allowed to share things – I don’t really care.”

The Independent contacted Mr Girling, whose Facebook post was shared a day prior to the prime minister’s first mention of the Savile slur in the Commons, for further comment. Mr Girling had not responded at the time of publication.

The complaint against Mr Girling was filed by the Independent Alliance at Nottinghamshire County Council, which called for an investigation into whether he has broken the councillor’s code of conduct.

Jason Zadrozny, leader of the alliance, said: “Councillors are meant to be beyond reproach and I am appalled that councilor Girling has shared this vile, photoshopped image.

“For such a senior councilor to do something similar in such a juvenile manner in an attempt to score political points is as offensive as it is vile.

“He should remove the offending post, apologize and leave it up to the leaders of Newark and Nottinghamshire councils to decide whether he is appropriate person to continue doing such high profile jobs for the Conservatives.”

A spokesman for Newark and Sherwood District Council said: “All elected members are required to comply with a code of conduct and this extends to their use of social media.

“Complaints about members’ conduct are referred to the council’s monitoring officer for further consideration.”

See also  Ukraine: Superyacht belonging to oligarch with ties to Putin seized by US authorities