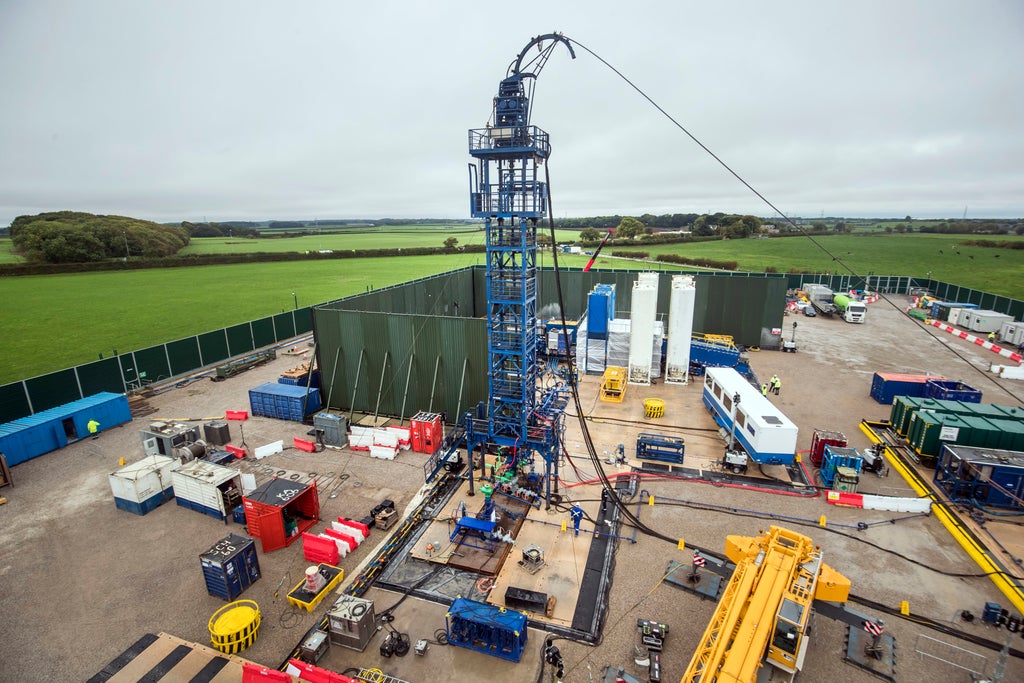 Lord Frost is among a group of senior Tory MPs and peers urging Boris Johnson to reverse the government’s ban on fracking as the UK faces an energy crisis.

In a joint letter to the prime minister, the former Cabinet minister and around 29 other Conservatives said it is “time to reverse this moratorium”.

But Lord Goldsmith, international environment minister, pushed back against the calls and said it was “wrong” to claim fracking was the solution to the crisis.

I have told the Telegraph: “If our economy is to boom after Brexit, British industry needs a competitive and reliable source of energy which we hold in our own hands and brings investment into this country. Shale gas production achieves all this and more.

Writing in the TelegraphMr Egan said “using domestic shale gas should be a no-brainer.”