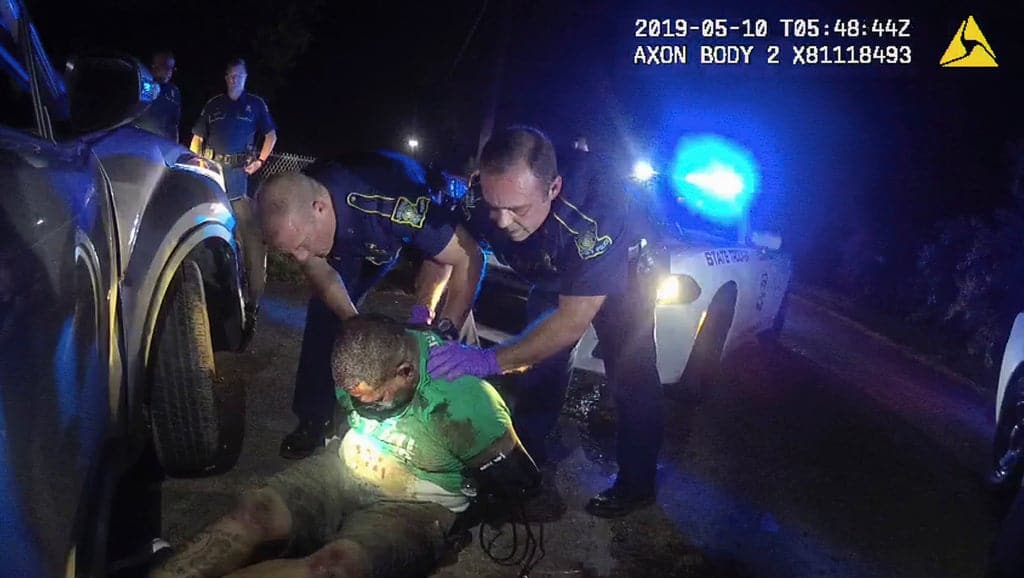 Louisiana State Police investigators who pressed within days to charge troopers in the deadly 2019 arrest of Ronald Greene told lawmakers Tuesday that commanders rejected their concerns and told them to suppress graphic video of the Black motorist’s final moments that the agency’s own expert described as “torture and murder.”

Legislators heard explosive testimony from a supervisor who said he was instructed not to give prosecutors the body-camera footage showing troopers stunning, punching and dragging Greene.

“Nobody in my chain of command wanted anything done,” Lt. Scott Brown told a special committee investigating the state’s handling of Greene’s death. “They can’t come here and admit to that. They’d go to prison.”

Brown not only disobeyed the orders but reported his superiors to the former head of the state police, who he said turned a blind eye to attempted interference that’s now under federal investigation.

The bipartisan committee was agreed last month after The Associated Press reported that Gov. John Bel Edwards was informed within hours that troopers arresting Greene had engaged in a “violent, lengthy struggle.” But he remained mostly silent on the case for two years as state troopers told Greene’s family and wrote in reports that he died as the result of a car crash after a high-speed chase outside Monroe.

AP last year obtained and published the long-withheld body-camera video that showed what really happened: troopers jolting Greene with stun guns, punching him in the face and dragging him by his ankle shackles as he wailed, “I’m your brother! I’m scared! I’m scared!”

“This is an attempt to not be transparent,” state Rep. Tanner Magee, the committee’s chairman, said at one point, dressing down the agency’s second-in-command, Lt. Col. Doug Cain. “If we trusted you we would ‘t be here right now.”

But the panel heard a flurry of new details about the fallout from Greene’s death in interviews with front-line troopers, who told lawmakers their concerns were ignored for months.

Two of the officials testified that, on top of all the other uses of force captured on body camera video, troopers also pepper-sprayed the shackled Greene before he stopped breathing.

“At the end of the day, somebody is going to get me in a deposition or I’m going to be on the trial stand … and I’ll call it torture and murder,” Sgt. Scott Davis, the agency’s use -of-force expert, told lawmakers.

The lead detective in Greene’s death, Albert Paxton, told lawmakers the ranking officer at the scene of Greene’s death should be prosecuted for a “cover-up” for denying the existence of his own body camera footage.

Lt. John Clary’s video was also held for months from both state and federal authorities. Records obtained by AP show Clary remains a focus of the ongoing federal investigation even after state police cleared him of wrongdoing, concluding it was unclear whether his footage of him was “purposefully withheld.”

Federal prosecutors are expected to decide soon whether to charge Clary and others in the case. A grand jury in Shreveport has been hearing testimony in the case.

“It’s never been my word,” said Paxton, who recently retired from state police, providing his most detailed public account of the case to date. “It’s been the evidence.”

A use-of-force report obtained by AP indicates Greene was pepper-sprayed at some point during the arrest. “I know that they were spraying him,” Davis testified Tuesday.

But federal authorities have expressed private skepticism that they can prove pepper-spray was used during the arrest, even after the FBI enhanced the body-camera videos, according to law enforcement officials familiar with the case. The officials spoke on the condition of anonymity to discuss the ongoing federal investigation.

Federal prosecutors have focused on the pepper spray in recent months as a potential means of demonstrating the troopers acted “wilfully” — a component of the federal charges authorities are considering — in their mistreatment of Greene, the law enforcement officials said.

Cain, the agency’s second-in-command, also told lawmakers Tuesday that he’s being investigated for having his cellphone “sanitized” — erased of all its data — amid the ongoing federal investigation. He said that internal inquiry barred him from answering the panel’s questions about the phone wiping.

“I have nothing to hide,” Cain said. “I didn’t do anything wrong.”

Another police official, Triet Le, acknowledged wiping Cain’s phone and those of the two top commanders at the time of Greene’s death, saying he was then unaware of policies and laws against doing so. He said he no longer has the phones because internal affairs investigators seized them Monday, the day before he was set to testify.

“I think this AI investigation is malarkey,” Magee said.