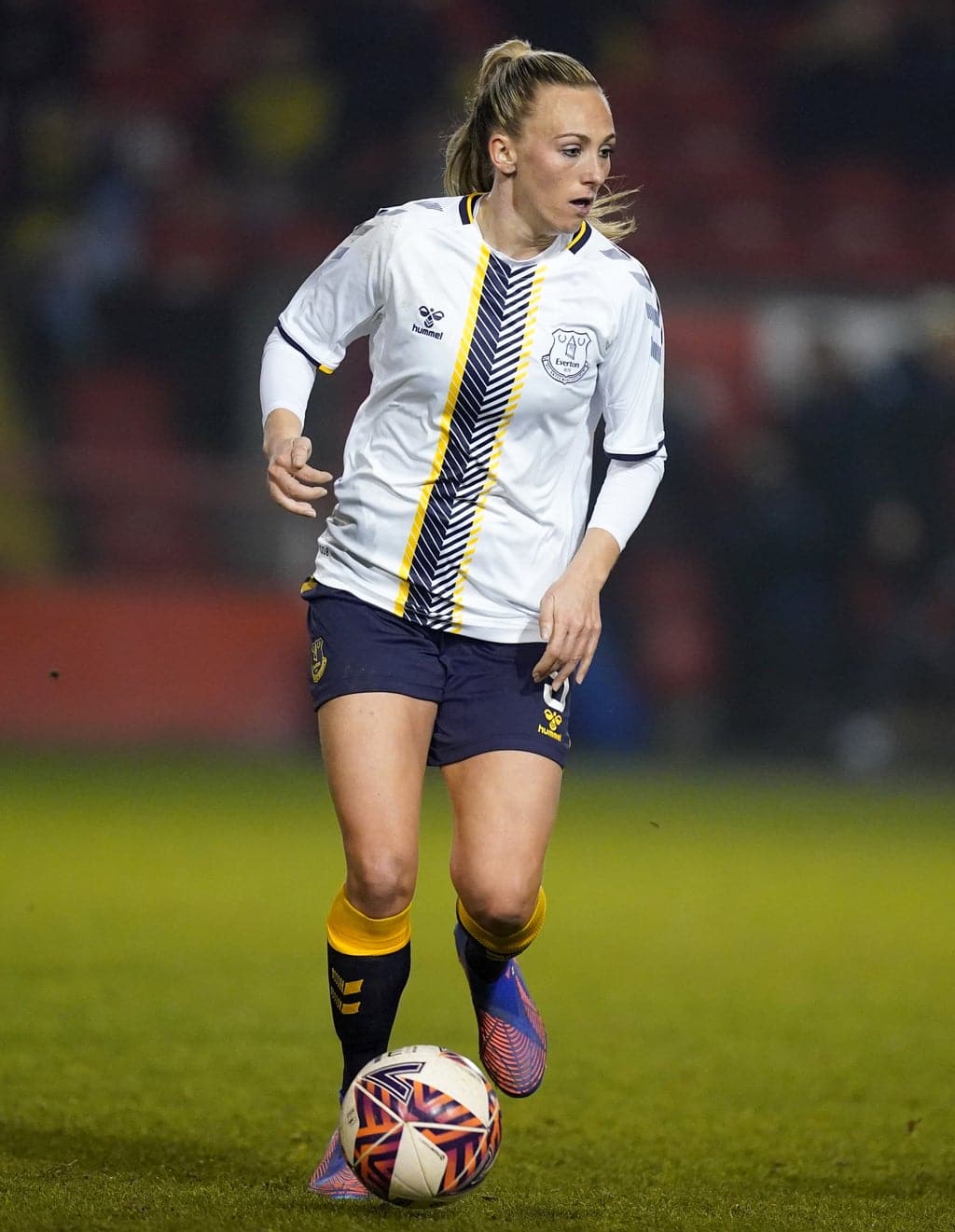 Toni Duggan has stressed she has no regrets about rejoining Everton and her optimism for better times ahead.

The former Manchester City, Barcelona and Atletico Madrid forward returned to her first club last summer amid talk of the Toffees’ potential to push for a top-three finish in the forthcoming Women’s Super League season.

The campaign that has followed has seen them endure struggles that have led to two managers – Willie Kirk and Jean-Luc Vasseur – departing and they currently lie ninth in the table with 17 points from 16 games.

Duggan told the PA news agency: “I wouldn’t say I have any regrets. I wanted to come back and I wanted to help the club.

“The fact we’re in a worse position makes me more motivated. I want this club to do well. I’ve been at the club when we were in the Champions League and that’s where I believe this team can get to.”

Everton, working under interim boss Chris Roberts since Vasseur left at the start of last month, on Wednesday make a WSL trip to City, who defeated them 4-0 at the Academy Stadium in the FA Cup quarter-finals on Sunday.

The fact we’re in a worse position makes me more motivated. I want this club to do well. I’ve been at the club when we were in the Champions League and that’s where I believe this team can get to.”

They lost 3-0 at home to Chelsea four days earlier, but prior to that the Merseysiders had been on a three-game winning run in all competitions, beating Charlton, Aston Villa and Leicester.

Duggan said: “It’s disappointing to be out of the cup, but we’ll review it and hopefully put matters right for Wednesday.

“It’s been a tough ride (this season) but Chris has come in and done amazing. There’s been a change of dynamic, which we needed. It’s about getting through these next fixtures and building.

“It was a difficult start (to the season) and our confidence was really low. We faced Chelsea and City (in the first two games, losing to both 4-0) and they’ve been building those teams for years. Ours were nine new players put together in pre-season, and we knew it wasn’t going to happen overnight. Then we lost Willie, then Jean-Luc came and unfortunately things didn’t work out with him either.

“But with the quality in the group, I’m hopeful we can turn things around – I know we can, especially looking at the players. I look at the youngsters – we have some of the best youngsters in the world. So the future is really bright. ”

Duggan was part of England’s campaigns at their last four major tournaments but has not featured for the Lionesses since March 2020.

And she said: “I’ve never ruled myself out of it, but I’m also realistic – if we’re not performing, then I don’t expect to be in the squad.

“It’s just about getting things right at club, and then hopefully I can go knocking on England’s door when I have a bit more to shout about.”

Duggan was speaking as Fridays – of which Everton is a partner club – launched its Goals for Girls initiative, which aims to help boost girls’ participation in football.

The competition, open to anyone with an affiliation to girls’ football, will see prizes given away including VIP matchday experiences, on-pitch events and training session visits.

That is after research by Women in Sport showed participation in team sports at the age of 11-16 was 55 per cent among girls compared to 71 per cent among boys, and that by age 17-18, only 28 per cent of girls classed themselves as ‘sporty’ (58 per cent for boys).

Duggan said: “It’s great that it’s directed at girls. We need to target that audience and give them opportunities to meet players, to see women’s teams play and train. The women’s game has to be more visible for them, because if you can’t see it, how can you be it? It’s a great initiative and one I’m proud to help spread the word about.”