Skip to content
Home News Tomorrow Is The 52nd Annual Staging Of Earth Day — Will We Finally Invest In Our Planet?


In February 1970, nineteen ecologically-aware humanities students at the San Jose State College bought a brand-new Ford Maverick and buried it in a 12-foot-deep hole dug in front of the campus’s cafeteria with the blessing of their professor.

This crowd-funded destruction of the hated motor car made news around the world. With six students riding on the roof of the car, “it was pushed through downtown San Jose in a parade led by three ministers, the college band, and a group of comely coeds wearing green shroud-like gowns,” reported the San Francisco Chronicle.

“As the local citizenry looked on from the sidewalks the students marched by at a slow funeral pace set by the band which played a selection of songs in dirge styles.”

The burial was one of the events staged in the run-up to the first earth-day on April 22, 1970.

Tomorrow is the 52nd Earth Day, with the theme “invest in our planet.”

The first Earth Day is generally recognized as the kick-off event of the modern environmental movement, but, more specifically, this ecological mindedness sprang from the 1962 publication of Rachel Carson’s Silent Springa polemic against the widespread and ecologically damaging use of the insecticide DDT.

Carson’s work—an instant best seller—raised public awareness and concern for living organisms, the environment, and the inextricable links between pollution and public health.

Eight years after its release, Silent Spring encouraged political leaders to work with a new breed of young activists.

Inspired by the student anti-war movement, Senator Gaylord Nelson from Wisconsin announced a “teach-in” protest on college campuses to raise awareness of environmental destruction following a massive oil spill in Santa Barbara, California. I have persuaded Pete McCloskey, a conservation-minded Republican Congressman, to serve as his co-chair.

They recruited activist Denis Hayes to organize the protests, and they chose April 22, a weekday falling between Spring Break and final exams, to maximize student participation.

Hayes built a national staff of 85 to promote events across the US, and the effort soon broadened to include a wide range of organizations, faith groups, and others: Earth Day was born.

Groups individually fighting against oil spills, polluting factories and power plants, raw sewage, toxic dumps, pesticides, the expansion of freeways, the loss of wilderness, and the extinction of wildlife united on that first Earth Day.

For many event organizers, the automobile was public enemy number one. An event guide published by Friends of the Earth included a chapter titled “Warning: The Automobile Is Dangerous to Earth, Air, Fire, Water, Mind, and Body.”

And if the automobile was the problem, the bicycle was the solution. The Earth Day coordination team suggested forty ideas for Earth Day events; one of them was “Encourage people to walk or ride bicycles instead of driving cars on April 22.”

Twenty million Americans took part in various events on the day itself, and in the months beforehand, many of them held at colleges, schools, and universities, galvanizing the young and melding together the first “green” generation.

The first Earth Day led to the creation of the United States Environmental Protection Agency and the passage of fundamental environmental laws, including the National Environmental Education Act, the Occupational Safety and Health Act, and the Clean Air Act.

“It’s not a day; it’s a movement,” stresses Earthday.org, the US-based organization that now fronts the campaign.

Happy Earth Day for tomorrow: remember, there’s no planet B.

See also  The Bosphorus Strait, key to Ukraine in the war 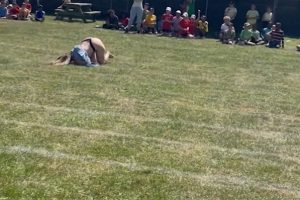