Skip to content
Home News Tom Brady: How many Super Bowls have you won? His age, team, stats and more 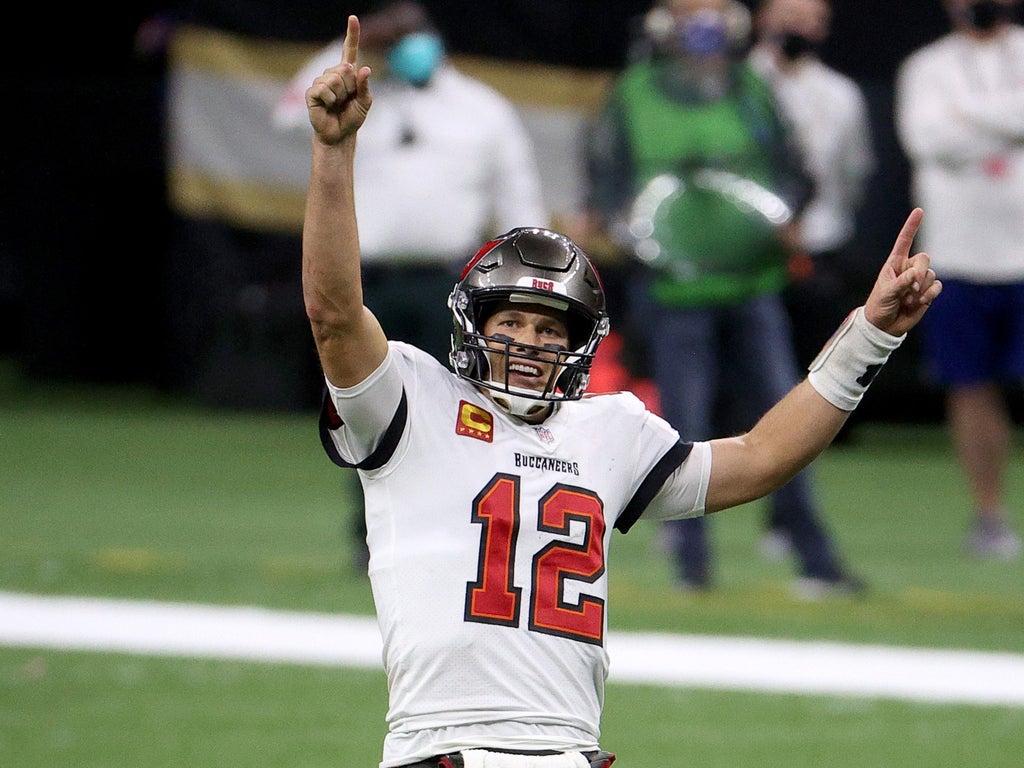 Tom Brady has retired from football to leave his collection of Super Bowl rings at seven.

Brady featured in 10 Super Bowls, the NFL’s biggest game, before calling it a day at 44 years of age after elimination from the play-offs in the divisional round last weekend against the Los Angeles Rams.

After six rings with Bill Belichick and the New England Patriots, Brady topped up his tally to solidify his case as the greatest player of all time, adding that his final ring with the Bucs was the “ultimate team effort.”

“To go to Washington and get a win there…our team’s first chance at the playoffs was incredible,” said Brady. “Then to go to New Orleans and watch the defense play against a Saints team which really beat us pretty well two teams in the season. Then to go up and play the MVP of the league and watch our defense play they way they did, then again last night was pretty spectacular.

“Offensively we made some great plays when we needed to but it was the ultimate team effort. Ultimateteam. As BA said, it’s an amazing team, an amazing group of guys and I’m very blessed to be a part of it.”

Here’s how Brady’s resume and career stacks up so far:

There is still some mystery surrounding the reason for Brady and the New England Patriots’ divorce after a 20-year marriage, which created arguably the greatest dynasty in American sports history.

What we do know is money was at the heart of this decision, the Patriots and Brady happily tweaked his contract on a rolling basis, with the quarterback often spurning the opportunity to secure the most money in the league at his position to spread the load of the cap and, in theory, enhance the team around him.

Brady was left frustrated at the lack of weapons at his disposal in his final years, with the Pats missing big both in free agency when they signed Antonio Brown, whose off-the-field behavior cut his stay in New England short, and the draft , where first-round wide receiver N’Keal Harry failed to hit the ground running.

Some have speculated about both Brady and Belichick’s desire to try to win elsewhere, with the credit often shared equally. Brady ultimately felt like he was in the final years of his lengthy career and needed to have a championship-caliber roster to compete, with doubts over New England’s ability to compete after a rough defeat in the wildcard round of the 2019 season play-offs to the Tennessee Titans.

A bumper two-year deal on offer in Tampa Bay, worth $27,875,000 per season, putting him 8th in total cash this season and first next season, for the time being, along with an elite group of wide receivers: Mike Evans, Chris Godwin, Rob Gronkowski, Antonio Brown (again), proved too tempting.

Brady on the Bucs defense

“The defense was spectacular (vs. Green Bay). Great front, great linebackers, playing their buts off in the secondary. An incredible effort against an incredible offense.”

“I’m so happy for him (Arians), it’s amazing, for me I don’t think about what it is for me, I think about what it means to everybody else. It’s taken a lot of different people to come through, that’s why we’re still playing. Proud to be part of it.”

Brady on his iconic touchdown to Miller vs. Green Bay

“BA wanted to go for it, I liked the call, I’ll do whatever he asks me to do. Just a great job by Scotty, getting open, I just tried to lay it out for him to go grab it.”

Brady on how the Bucs reached SBLV

“It’s hard to envision this goal, it’s a week-to-week league. We were 7-5 and not feeling great, felt like we needed to find our rhythm. We played four great games down the stretch, then after that it was a bonus. Everybody stepped up to the challenge. Football is the ultimate team sport, it takes everybody. Blessed to be apart of it.”