Toby Sibbick insists he could never have signed for Hibs, after revealing he turned down interest from Easter Road before sealing a shock return to Hearts.

Sibbick is the talk of the toon after signing a three-and-a-half-year contract at Tynecastle from Barnsley on Thursday night.

The imposing Englishman says that there were talks between Hibs and Tykes, but that he ruled out any possibility of moving to Leith in the first stage, as it would not have been right to cross the Jambos.

Easter Road boss Shaun Maloney has played down claims he was ever at Sibbick, insisting Norwich City loan Rocky Bushiri was always his first choice defensive signing this window.

But Sibbick, who is now bracing himself for a fierce reception when the two teams meet in Tuesday night’s blockbuster derby at Leith, said: “Both clubs were talking about it. When my agent proposed it to me, I said: ‘No, I don’t want to do it.’

“I thought I couldn’t do that.

“It wouldn’t be fair to the fans, they’ve seen me here, they’ve taken me very well.

“I had been linked with Hibs before but I said no because that was right after I had been with Hearts, going there would not have been right for the club or the fans.

“In the back of my mind, I always wanted to come back, and I think now is the perfect time to do it.

“Hearts fans kept messaging me when I wasn’t playing at Barnsley, kept looking for me and telling me to come back and now I’ve obviously listened to some of them.

“I just don’t think it would have been correct considering the history between the two clubs. The kind of person I am, I couldn’t do that to a club like Hearts.

“I’ve seen my social media. I get tagged in things saying I could never go there. I think the two sets of fans are fighting, but it’s part of football. But I’m looking forward to Tuesday.

“I’ve played in some hostile places before. The fans bring everything to the game. Games behind closed doors are not the same, so having the fans back is good.”

Unsurprisingly, Sibbick’s move to Tynecastle sparked an online showdown between rival supporters in Edinburgh ahead of Tuesday’s derby.

But Hibs boss Maloney insisted the 22-year-old was never on his radar and that Bushiri was his number one defensive target after taking over in mid-December.

“I knew who he (Sibbick) was, but when I came in, Rocky was the guy I wanted to sign and luckily we did it pretty quickly.”

Sibbick was a Hearts fan favorite despite only playing twice in a loan spell two years ago before the Covid crisis prematurely ended his time at Edinburgh.

That ended in heartbreak as the Jambos were relegated despite still having eight games to play.

And Sibbick, who rose through the ranks at fan-owned Wimbledon before moving to Barnsley with former Hearts boss Daniel Stendel, says he can’t wait to play for another club owned by them.

The defender said: “I have played for a fan-owned club before so I know what it means especially for the fans, they give everything to the club so we as players should give it back to them.

“I always had in mind to return. The fans accepted me well, I know the history of the club, it’s a huge club in Scotland, so when I heard the opportunity had come up, I just wanted to do it and come back.”

Sibbick admits that he has unfinished business at Gorgie after the frustration of his first spell being interrupted.

The 22-year-old said: “It was frustrating. Especially considering the position we were in at the time. We were at the bottom of the league, they brought me in to play and unfortunately I only played two games, so my time was shortened.

“It was difficult as a player with us not knowing what was going on. I was talking to Stendel during lockdown, asking him what was going to happen. If you can play a Scottish Cup final from last season, why can’t you continue? the league?

“To me, it just didn’t make sense. I feel like they could have done it in a better way.

“I think I have grown as a player and as a person. When I came here before, I think I was a bit more raw, but now I think I learned my trade in the game. I’m still young, but I think I have a lot of experience at my age, so I can’t wait to start now.

“I feel like Hearts should always be up there fighting for Europe. When I came in and they were bottom of the league, it’s always easy to blame other people in the dressing room. When you’re winning, it all comes together.”

“When I walk in now, I just see everyone happy and smiling. They’re all together and just want the best for themselves and the club. It’s a really good atmosphere.” 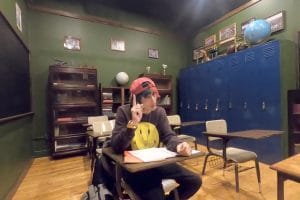 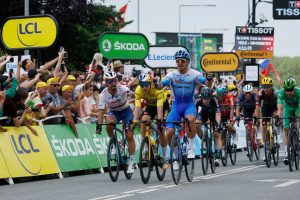 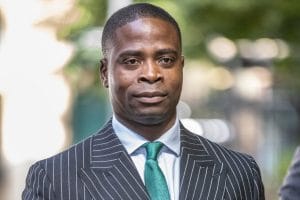