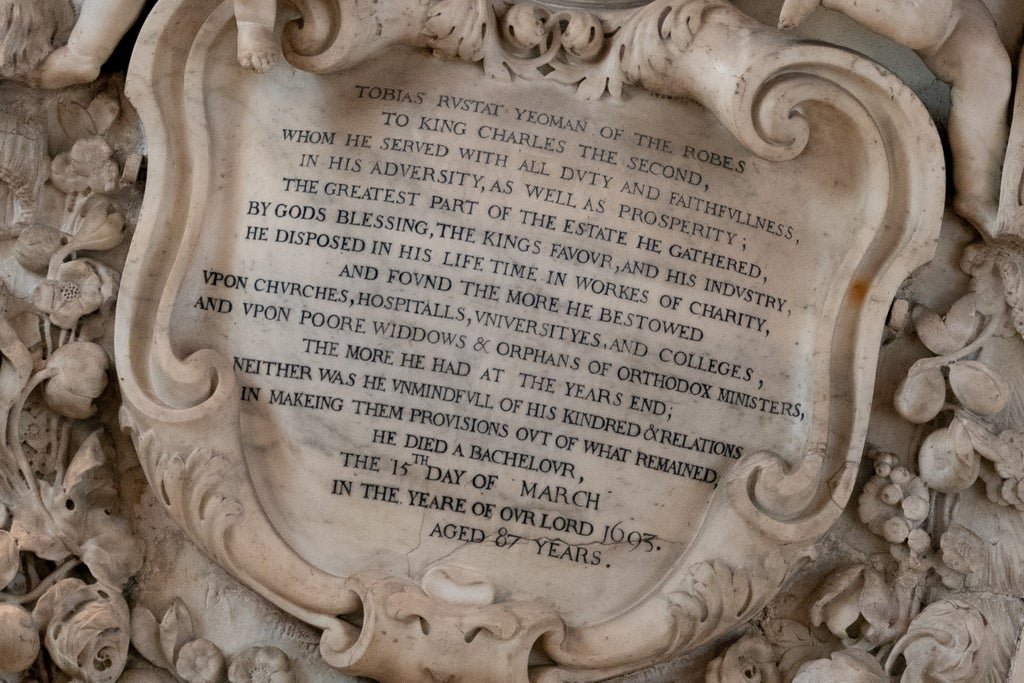 A memorial plaque to a man who funded the slave trade in the chapel of a Cambridge college will not be removed as the campaign to take it down was based on a “false narrative”, it has been announced.

The plaque to Tobias Rustat, who invested in the Royal African Company, is located inside the Chapel of Jesus College, Cambridge.

The college last year submitted an application to the Diocese of Ely to relocate a memorial to Mr Rustat from its chapel to a permanent exhibition space in the college, with a consistory court case held in February on the issue.

Archbishop of Canterbury Justin Welby has said he supports the removal, asking: “Why is it so much agony to remove a memorial to slavery?”

Deputy Chancellor David Hodge QC of the Diocese of Ely, who decided the case, said in a statement on Wednesday: “No-one disputes that slavery and the slave trade are now universally recognized to be evil, utterly abhorrent and repugnant to all right- thinking people, wherever they live and whatever their ethnic origin and ancestry.

“They are entirely contrary to the doctrines, teaching and practices of the modern church.”

But he said historians acting for the Rustat Memorial Group of alumni, which opposes the plaque’s removal, had shown the case for taking down the plaque was the product of a “false narrative” that “Rustat had amassed much of his wealth from the slave trade , and that it was moneys from this source that he used to benefit the college”.

He said the “true position” was that Rustat’s investments in the Company of Royal Adventurers Trading into Africa brought him “no financial returns at all”, and he had only realized his investments in the Royal African Company in May 1691 – “some 20 years after he had made his gifts to the college, and some five years after the completion of the Rustat memorial and its inscription”.

Mr Hodge acknowledged that for some people it is Rustat’s willingness to invest in the slave trade at all that made his memorial a problem.

Quoting LP Hartley’s 1953 novel The Go-Between, he said its opening lines, “The past is a foreign country: they do things differently there,” did not excuse but could help to explain Rustat’s investments in transatlantic slavery.

“I would hope that when Rustat’s life and career is fully and properly understood, and viewed as a whole, his memorial will cease to be seen as a monument to a slave trader,” he said.

Mr Hodge said that through retaining the memorial in the chapel, it could be viewed with explanatory information so Rustat’s involvement is “acknowledged and viewed in the context of his own time and his other undoubted qualities of duty and loyalty to his King, and his considerable charity and philanthropy”.

He added that while any church building must be a “safe space”, that does not mean it should be a place where one should “always feel comfortable”, “otherwise one would have to do away with the painful image of Christ on the cross, or images of the martyrdom of saints”.

Mr Hodge added he feels the memorial’s removal would cause “considerable, or notable, harm to the significance of the chapel as a building of special architectural or historical interest”.

He said he is not satisfied that the memorial’s removal is necessary for the chapel to play a role in the secular and religious life of the college, or that relocating the memorial to a separate exhibition space as the college proposed is the “most appropriate” way of resolving the issue.

During the hearing in February, Sonita Alleyne, master of Jesus College and the first female and black master of any Oxbridge college, asked the hearing “how much sin” it would take for Mr Rustat to have his memorial removed.

A spokesperson for Jesus College said: “We are deeply disappointed and shocked by the decision.

“Rustat’s involvement in the slave trade has never been in question and the widespread opposition to the presence of his memorial in the College Chapel is the result of this involvement and not any false narrative apparently created by the college about the sources of Rustat’s wealth.

“This celebratory memorial to an active participant in the slave trade remains a barrier to worship in our chapel for some members of our community.

“It was right for us to have submitted this application. We will now carefully consider our next steps.”