Skip to content
Home News Tinder Swindler: how easy is it to get conned on dating apps? 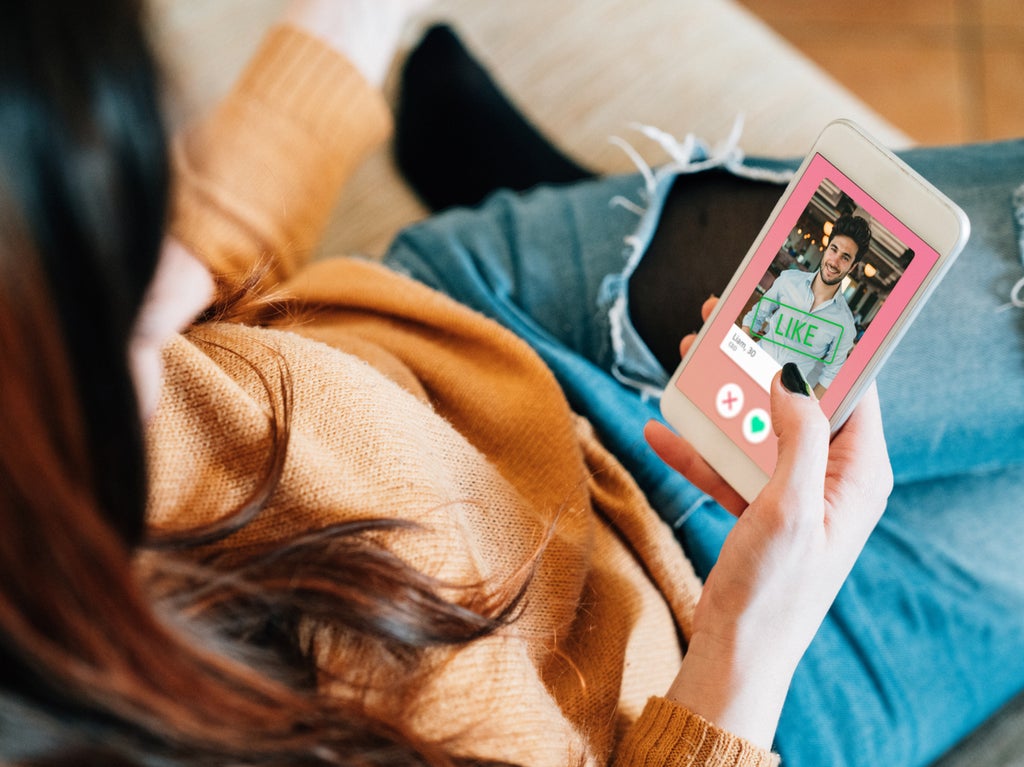 If you’ve been on social media in the last day or so, you’ll have noticed that the internet can’t stop talking about The Tinder Swindler.

the Netflix documentary follows a group of women as they attempt to track down Shimon Hayut, a dating app user from Israel who tricked them out of huge sums of money.

Throughout 2018 and 2019, Hayut convinced women his name was Simon Leviev and that he was a wealthy billionaire.

According to the documentary, Hayut stole an estimated total of $10 million (£7.4 million) after luring his victims with lavish dates to gain their trust.

He was later charged with fraud, theft and forgery and sentenced to 15 months in prison but was released in May 2020 after serving just five months.

In an interview with Stylist ahead of the Netflix release, a former girlfriend and victim of Hayut’s scam said it did “not once” cross her mind that he wasn’t who he claimed to be.

“He’s just magnetic. He seemed super smart and ambitious, and everyone I met was vouching for him,” Cecilie Fjellhøy said.

“Not once did it cross my mind that he wasn’t who he said he was.”

Fjellhøy, from Norway, said Hayut would make her feel “special” during the early stages of their relationship with romantic gestures.

“He’d send beautiful bouquets to my apartment and text me every morning,” she said.

“I’m a sucker for old-fashioned romance, so in some ways, I was the perfect victim. He knew how to reel me in.”

Things took a turn after Hayut claimed that he had fallen into trouble with people in the diamond industry, and convinced Fjellhøy to allow him to use credit cards in his name.

According to the latest figures from Which?, published in June 2021, romance scam reports in the UK soared during the pandemic.

The consumer group’s analysis of Action Fraud data found that reports of romance fraud increased by 40 per cent in the year to April 2021 compared with the previous year, with more than 7,500 scams reported.

Reported losses reached almost £74 million but Which? estimated that the true figure was likely much higher as many victims are too embarrassed or upset to tell the authorities.

Popular dating apps such as Bumble, Hinge and Tinder, have a range of safety features and detailed safety advice to help protect users from romance scams.

However, as shown in the case of The Tinder SwindlerHayut was able to paint a convincing story of his false identity.

Fjellhøy said Hayut’s Instagram seemed to confirm things he had told her about his lavish lifestyle, and that he had shared videos taken from private jets.

So, when it comes to online dating, what are the tell-tale signs to look out for to make sure you aren’t being conned? Here’s what the experts have to say.

Why should you be wary of con artists on dating apps?

According to financial guidance provider Money Helper, scammers are drawn to dating sites because they know people on there are looking to make a personal connection, and that they can use this desire for closeness to their advantage.

If a person on a dating app is reluctant to talk on the phone or meet up, and keen to keep the conversation to text, this should be a warning sign that they are not who they claim to be, Money Helper says.

While they might not be willing to pick up the phone, they will likely ask to move the conversation to email, text or WhatsApp so that safety features within dating apps don’t pick up on their scam.

They aren’t in the country

Scammers will use various forms of manipulation to extort people, but someone you’ve met online asking you for money, for any reason, should be a warning sign.

One common scenario used by con artists on dating apps is pretending to be stuck abroad on a business trip where they don’t have access to their bank accounts.

Which? says another frequently used tactic amongst scammers is to pose as a soldier serving in the military, as this provides an excuse for not meeting in person. It’s also a good way to try and win a victim’s sympathy.

“If you’re dating someone who claims to be in the military, you can offer to give them a call, organize a video chat or send them a letter as they should have a number, internet connection and mailing address. If the person refuses, this should make you suspicious,” Which? she said.

There are too many emotions too soon

Relationship experts have long warned about the tell-tale signs of love-bombing – a form of emotional abuse in which a person uses proclamations of love to win someone’s trust and affection.

Money Helper says that if a person professes their love for you without meeting up, they could be attempting to gain your trust, so that you’ll be more willing to send them money.

See also  He searched for 26 years for the murderer of his daughter and found him; now he fears that he will escape | International

Additionally, they may use stories about personal tragedies to try to win your empathy.

“Scammers will often tell you that they are recently bereaved or that they or someone they are close to is seriously ill to make you feel sorry for them. It’s a red flag that victims often describe in their accounts of being scammed,” Money Helper said.

They don’t have a digital footprint

While some people prefer not to use social media apps, computer security company Norton says that it should alert your suspicions if you can’t find any trace of a person online.

“The average Facebook user has 130 friends so people who only have a handful of friends may be fake,” it added.

“Look at the way they use social media and check their friends list – it’s easy to create fake friends but these connections can tell you a lot about them. If they’re on Twitter, look back through their timeline to try and find inconsistencies.”