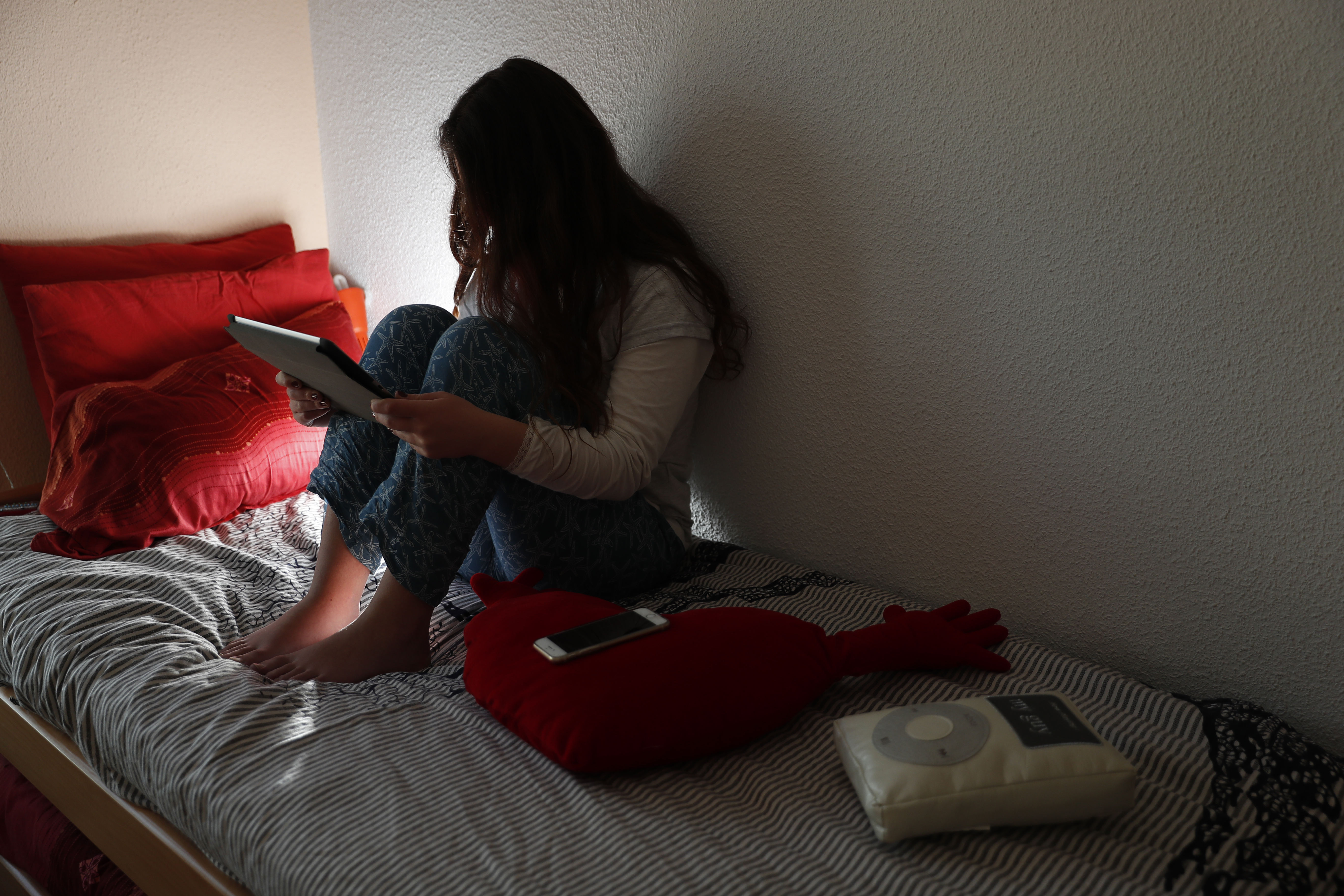 The last test of the challenge of the blue whale it is suicide. Before, the participant has had to overcome 49 challenges that a third party has ordered him to meet. In 2016, panic spread in several countries over this viral test, which, according to information from the BBC, caused at least 130 deaths of young people in Russia and dozens of suicides in other countries, one of them in Spain. The blue whale it incites self-harm and death itself and has spread throughout the world through social networks. With the exponential growth of TikTok since the pandemic began, concern has also increased about the virality of these dangerous challenges and false challenges, which, according to the company of Chinese origin, “ are stories elaborated to perpetuate fear and anxiety ” To stop them, the platform will incorporate more information on these matters in its Help Center. When a user does a search on dangerous challenges or hoaxes, apart from not showing results ―as already happened―, an option will appear to access more information and the Telephone of Hope number, which offers help in case of suicidal thoughts or loneliness.

TikTok has presented this week the new strategy that has resulted from conversations with experts from several countries and from a study commissioned by the consulting firm The Value Engineers, for which some 10,000 adolescents, parents and teachers from Argentina, Australia, were surveyed. Brazil, Germany, Italy, Indonesia, Mexico, United Kingdom, United States and Vietnam. Spain was not included in the report, but it is logical if one takes into account that the incidence of problems related to challenges of a dangerous nature is practically nil, according to Lieutenant Daniel Moreno, of the Women-Minor Team of the Technical Unit of the Judicial Police of the Civil Guard.

The British Alexandra Evans, responsible for Public Security Policies of TikTok in Europe, assures EL PAÍS that the platform tracks dangerous content automatically, although its objective is to detect them even faster. Hoaxes “tend to follow certain trends and structures, so they are easier to identify, but in the case of challenges, it is more difficult to anticipate what will come next,” he explains. Only 0.3% of users surveyed for the report admit to having participated in some “very dangerous” challenge, although it is still somewhat worrying, especially in certain countries, such as the United States or the United Kingdom, where there have been far more participants than, for example, in Spain.

We worked with global experts to understand how young people engage with challenges and hoaxes. Discover the findings below and learn what we’re doing at TikTok to build on our existing safeguards👇 https://t.co/RE3uWopbGt

TikTok believes that both the company and parents and teachers should take a step forward to help minors who do fall into the traps or who could do so. For this, the main recommendation that it makes to schools and parents or guardians is that they do not avoid uncomfortable topics, such as suicide. Evans refers to this practice as “ the Voldemort question ”, that is, that, like the characters in the Harry Potter saga, avoids mentioning the evil Lord Voldemort for fear that something terrible will appear or happen, parents Many times they avoid mentioning certain matters for fear that, in this way, they will give ideas to the minors that they did not have before, resulting in good intention in something worse than total inaction.

According to the study, ” 56% of parents and guardians surveyed would not mention a hoax related to self-harm unless an adolescent had mentioned it first, and 37% of parents find it difficult to talk about hoaxes without provoking a certain interest in them. ”

For the specialist in Clinical Psychology Luis de la Herrán, “the key is not to mention it or stop mentioning it, but how to mention it.” If parents bring up the subject saying that it is very dangerous and warn their adolescent not to do that, they could be giving him ideas or that the child would like to react against it, but, if they speak it normally, the thing changes. ” It is not good that there are taboo subjects in families. Fear is dealt with by talking, ” he insists. In addition, in many cases, the minor already knows the matter or even some of his friends may have been involved in something similar. De la Herrán compares it to the problem of alcohol: ” Although I don’t want to talk about alcohol because a girl at my son’s school has had an alcoholic coma, he is already seeing it. When the children are already seeing it, you have to talk about it. ”

If the difficulties that the adolescent may be facing are related to suicide or self-harm, the picture changes if parents suspect that their child has thoughts related to it or they believe that it is something that has affected him on an ongoing basis. In this case, the psychologist recommends not bringing up the subject and going directly to a specialist (psychologist or psychotherapist).

In the case of dangerous or false challenges, Evans explains: ” We intend to bridge that gap between the need to provide good advice and help young people understand risk and the Voldemort issue or the fact that parents and educators do not feel the security of knowing what to say and how to say it. ” De la Herrán proposes, as a natural way to bring up the subject, commenting on a piece of news that parents have read about it and asking their son his opinion about it: “What do you think?” The experts consulted by TikTok insist on the same thing: it is necessary to ask the adolescent, reason with him, know what he thinks, not directly resort to the warning or threat.

According to Lieutenant Moreno, “challenges have always existed, but with social networks it is easier for them to become popular.” Furthermore, TikTok draws heavily on them, although the vast majority are harmless. A good example is the ice bucket challenge, which invited users to throw a bucket of cold water over their heads and, thanks to it, a large amount of money was raised for the research of amyotrophic lateral sclerosis (ALS).

Moreno insists that, “although you can never know” if a dangerous challenge such as the blue whale (since networks favor globalization in an extraordinary way), in Spain it has never become an alarming problem and, in fact, if it were given too much importance or visibility, the lieutenant believes that a certain knock-on effect could be produced.

In recent years, the most serious consequences of dangerous viral challenges have been, for example, those triggered by the challenge of suffocation. Some people have become unconscious when holding their breath and trying to see how long they can handle. By participating in these types of challenges, users seek “the adrenaline rush caused by risk,” explains Moreno.

Although in Spain it is not something worrisome, the lieutenant insists that we must try to prevent such situations from occurring and ” accompany minors in their use of the internet, that they have support, supervision, knowledge and information”.

At the peak of the virality of the blue whale, in 2016 the film was released Nerve, starring Emma Roberts and James Franco and probably based on the said challenge. In the film, a young introvert (Roberts) begins to participate in the different tests of a viral challenge in which her best friend has gained immense popularity thanks to the courage she shows when facing each phase. Trying to show that she can also be daring, the protagonist is involved in a series of increasingly dangerous challenges, while hundreds of users compete with her and thousands of others are dedicated to observing and proposing new challenges. Everything is broadcast live and participants get financial compensation if they overcome the challenge. Like in real life, in Nerve some of the participants die while trying to complete some of the challenges and, as in the blue whale, most of the users observed the participants without the slightest intention of curbing the nonsense.

Vangelis: Composer who scored Chariots of Fire and Blade Runner