Skip to content
Home News Tiger Woods: “I almost lost a leg, I can’t go back to the top” | sports 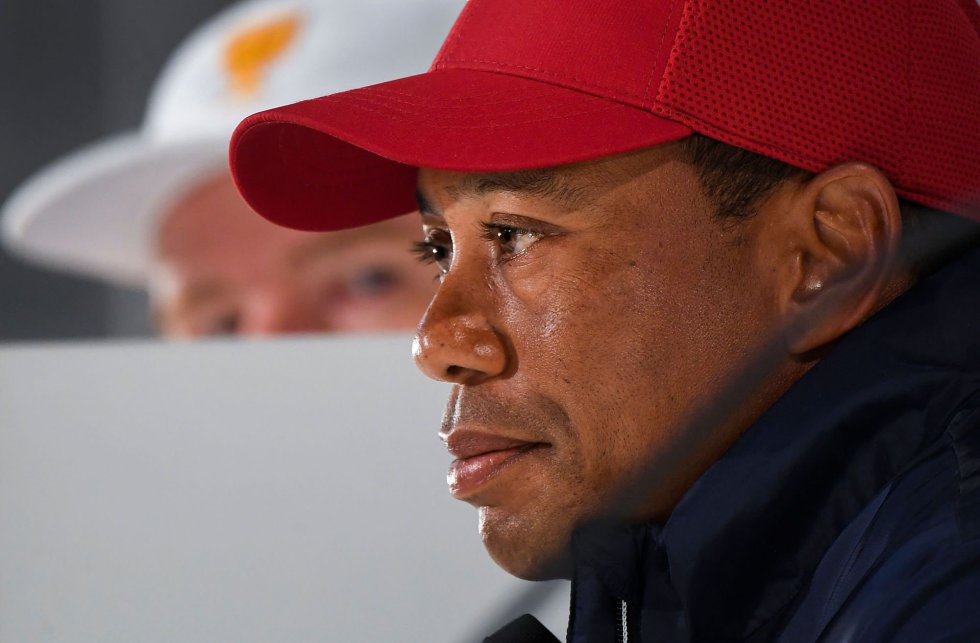 The myth has spoken. For the first time since his right leg was shattered in a car accident on February 23, Tiger Woods publicly reflects on his options to play golf again. He does it bare-chested. Without hiding a wound that hurts both in body and soul. The winner of 15 grand admits it. He will never be who he was again. Near his 46th birthday, after having undergone five back and five knee operations, the terrible fracture of the tibia and fibula that he suffered when his vehicle crashed on the outskirts of Los Angeles, when he was driving 140 kilometers per hour on a stretch 70, has put him in front of the mirror. His days as a great competitor are over. “It is realistic to say that I will one day play on the American circuit again, but never full time again. I will pick a few tournaments a year here and there and compete, like Ben Hogan did. I train knowing that and that’s how I’m going to have to play from now on. It is an unfortunate reality, but it is my reality. I accept it, ”he says in a 37-minute video interview with Golf Digest.

Tiger appears dressed in Nike, in the gym of his house in Florida, while his dog runs between the weights. Before the camera, the legend is human: “I no longer need to play against the best in the world to have a great life. After my last back surgery I had to climb Everest again, I had to and I did, but this time I don’t have the body to do it, I assume it. I can still play golf, and if my leg is okay, click a tournament. But I can’t go back up the mountain, I can’t get to the top anymore ”.

Confession is tough. Raw It is the first time in a career that began professionally 25 years ago (debuted in August 1996) that Tiger Woods does not talk about winning, of being the best, of the 18 greats of Jack Nicklaus. There is no longer a hunger for glory in his words. Only the happiness to walk again and the hope of, sometime, no one knows when, to return to a golf course. “I have a lot left. I’m not even halfway there I still have a lot of muscle and nervous activity to regain in my leg. But I have had back surgery five times. The leg gets stronger, but the back can say ‘here I am’. It is a difficult road. There is a lot to wait, a lot of hard work to do, be patient. When I walk into the gym and get going, I want to go, go, go. This is how I have won so many tournaments. But everyone reminds me: at what price? Before the accident, he had already had 10 operations. I have pushed to win as much as I can. To win, he did whatever it took. And that has had a cost ”.

In Tiger’s dreams, the next Augusta Masters could appear, or the special British Open that in 2022 will celebrate its 150th edition and will be held in the cradle of Saint Andrews. The reality today is different. Tiger recognizes this when he remembers his fear of losing his leg to the accident. “I was 50% of losing it, very close to leaving the hospital walking with one leg,” he admits. When he woke up from the operation, another fear struck him. “I wanted to see that I had my hands. And I asked Erica (his partner) and Rob (McNamara, his friend) to throw things at me to see if I could catch them ”.

See also  Mum and son who fled Ukraine and drove 1,300 to UK 'overwhelmed' by warm welcome

Then came three months in a hospital bed installed at home, then the wheelchair, crutches and now being able to walk again and watch her 12-year-old son Charlie play. “I was stuck at home. Now I can go out and sometimes I lie on the grass and spend an hour just to be there. I’m happy to go to the backyard and be alone, with no one talking, no music or anything. I only hear the song of the birds ”.

From myth to father

Tiger is Charlie’s father. The boy is the one who plays today. Woods watches. The bar is high and the demand, as his father, Earl, made of him, can be devastating. The champion tells it so, but also explains how he wants his son to behave in a field. “I went to golf tournaments to watch him play, and I looked at some of the markers he was doing and I was like, ‘How the hell do you make such high cards?’ I saw that he was playing very well, but suddenly he had a bad hole, he was losing his temper, his temper led him to another bad shot and another… I told him: ‘Son, I don’t care how angry you are. As far as I’m concerned, your head can explode, as long as you commit one hundred percent to the next hit. That’s all that matters. That next shot should be the most important of your life. It should be more important than breathing. When you understand that concept, I think you will improve. ‘ And as the rounds went by during the summer, he has improved a lot. “