A thug who threatened bar staff before going on to throw a bike at a cop has been jailed.

Charles Edwards, 31, threatened staff working at The Last Post on May 25 last year and tried to hug and follow a female bar worker.

On the same day, Edwards bank card was declined in Greggs in the town’s Moss Street and so he threatened staff working there and when they reported this to cops, he threw a police bicycle at one of the officers.

The brute also grabbed his partner Nicola Clelland by the neck and repeatedly threw her to the floor in a vicious attack that took place in a flat in Paisley’s Broomlands Court on February 22.

Procurator fiscal depute Amber Feeney told Paisley Sheriff Court that around 9.30pm on February 22 Ms Clelland and the accused were within a Broomlands Court flat drinking alcohol before Edwards became “aggressive and argumentative.”

Ms Feeney explained: “Ms Clelland stood up and asked the asked to sit down and be quiet as she didn’t want to interrupt the neighbours.

“The accused wasn’t pleased by this and began shouting and swearing and then grabbed Ms Clelland by the neck and pushed her around the room several times and then threw her to the floor a number of times.

“Witnesses heard a commotion and the accused shouting ‘I’m going to f*****g murder you.’

“They also heard Ms Clelland replying, ‘Stop it, get off me and get to f**k.’”

Ms Feeney went on to explain how staff members at The Last Post were working on the door and behind the bar shortly after noon.

She explained: “The staff employee on the door saw the accused enter the pub and he was unsteady on his feet, was falling over tables and was clearly under the influence.

“The accused was asked to complete track and trace and the staff member advised he wouldn’t be served any alcohol due to the state of his intoxication.

“Edwards asked why and he was told ‘Because you can’t stand up.’

“He then told the staff member ‘Go f**k yourself.’”

Court heard the accused was asked to leave and in doing so, he changed his mind and stated to a bar worker that he “didn’t mean to be disrespectful.”

Ms Feeney added: “Edwards then went to hug the female bar worker but she put her hand up and stepped back.

“Edwards then stated, ‘Don’t flatter yourself, you’re not that pretty.’

Sozzled Edwards left the pub shouting, “F**k you’s all” before re-entering when he followed the bar worker stating “Do you know who my family are? My family are all gangsters.”

Ms Feeney told how around 12.45pm on May 25, 2021, staff at Greggs were serving customers when the accused entered.

She told: “Edwards ignored all covid regulations and guidelines and ignored the one-way system.

“He was served and his bank card was declined and when he was informed of this he replied, ‘F**k off, what time do you finish, take my card.’

“Police were called, and when they arrived Edwards took hold of the police bike, lifted its front wheels off of the ground and struck PC Docherty to the legs and body.”

Edwards also admitted to assaulting a male train passenger on a train at Paisley Gilmour Street on the same day by repeatedly punching him on the head.

Defense agent Ms Aitken told how Edwards has “very little recollection” of events and at the time of the incidents he had “grossly been abusing alcohol and drugs.”

Ms Aitken added: “He is very ashamed he is before the court for domestic matters.

“In the last three years this is a man who has misused heroin but since being remanded he has been able to cleanse himself of drink and drugs.”

Sentencing, Sheriff Eoin McGinty said: “This is a series of offenses on people who were at their work during covid when things were tough enough, and then you went on to commit an assault on a train.”

Sheriff McGinty jailed Edwards of Glasgow Street in Ardrossan, North Ayrshire, for four months for the offenses in Paisley on May 25, 2021.

In relation to the domestic matter, sentence was deferred until July 29. 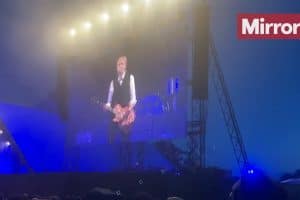 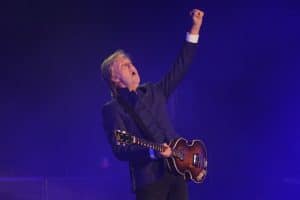 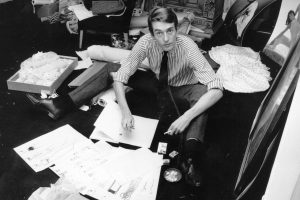