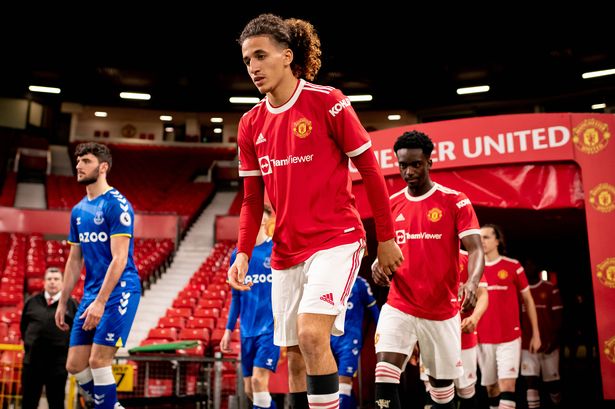 This week, 18 promising Manchester United youngsters will represent their national teams during the international break, four of whom will do so as full internationals.

Dylan Levitt is the most experienced having been part of the Wales squad at the European Championship last summer, and he will likely be on the bench Thursday night for the massive World Cup play-off at home to Austria.

After a successful loan spell with Dundee United he will likely go in search of regular first-team football next season, whether that be in the shape of another loan or a permanent transfer, another huge success story of the academy in recent years.

It is a huge testament to the three attacking starlets that they have already gained international acclaim at an age before they have fully broken into the senior United side, though it could represent somewhat of a problem further down the line.

Such recognition will only increase the hype surrounding the three teenagers and further fuel their own ambitions to start playing meaningful football on a regular basis. It is crucial that United manage to carefully nurture their talents by ensuring they remain level-headed while also being rewarded appropriately for their progress.

See also  Rising food costs 'nothing to do with Brexit', says Jacob Rees-Mogg

Hannibal and Iqbal have both already made their first-team debuts for United, while Garnacho looks likely to make his in this calendar year as well, and it is only natural that the trio will want to be given further opportunities in order to match their growth. at international level.

The progress made by Anthony Elanga at first-team level this season is evidence that the leap between youth football and senior stardom can still be traversed in the modern game, though it seems impossible for all three of the attacking hopefuls to get an equal opportunity further. down the line.

While they all have different talents and specialist skillsets, it seems like the trio are all in competition to eventually make the breakthrough into the first-team and supplement the attacking talent already at Ralf Rangnick’s disposal.

United will look to strengthen their attacking line in the summer with the addition of a young forward option, but with Edinson Cavani, Jesse Lingard and Juan Mata all set to leave when their contracts expire at the end of the campaign, there will also be space for an academy graduate to fill the space left by the departing stars.

Hannibal looks the best placed to do that, having received the backing of Rangnick following his involvement at the Africa Cup of Nations, though it hasn’t materialized with consistent squad involvement despite his obvious talents.

“I think he’s a promising talent. He deserves to be part of the group for the rest of the season,” the interim manager said of Hannibal back in February. He has only featured in four matchday squads out of a possible ten since, not playing a minute of senior football.

See also  Héctor Valer: The new Prime Minister of Peru was denounced for assaulting his wife and daughter | International

It’s true that a player does not necessarily need to be on the pitch to learn a lot at first-team level, with daily training sessions and match preparation just as eye-opening learning curves in their development, though it seems illogical to give players who are going to leave this summer opportunities on the bench in place of the players who will form a key part of the club’s future.

Involvement at international level this week will only further strengthen the case for Garnacho, Iqbal and Hannibal to be given increased first-team opportunities, and the responsibility will lie with United to manage those expectations.

United could well have three exceptional talents capable of making an impact at senior level, but only if they are given the chance.