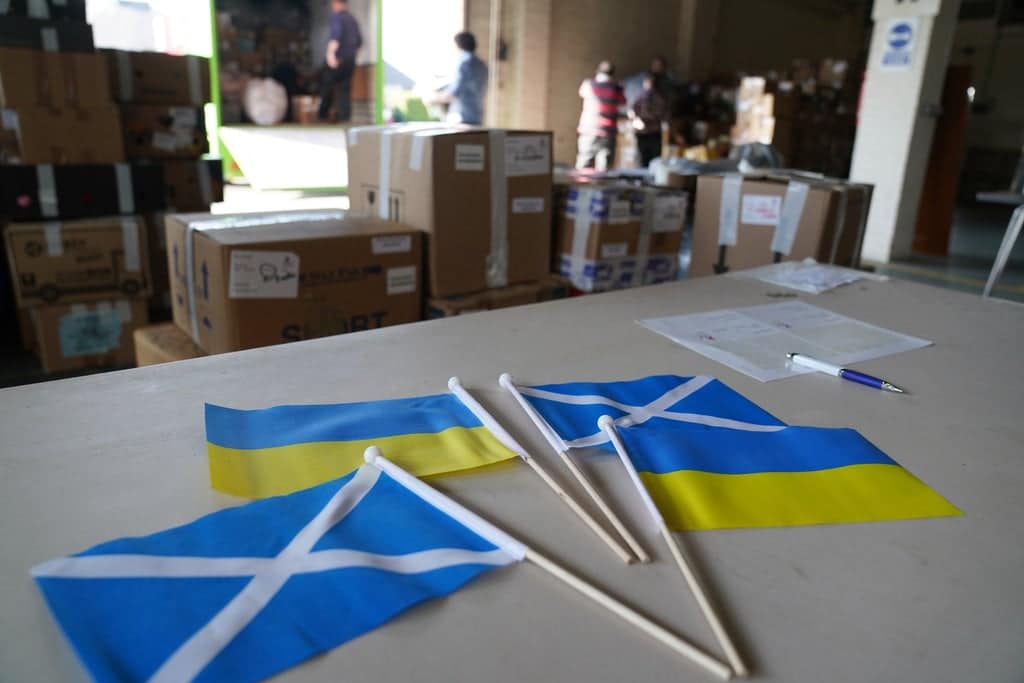 Three welcome hubs have been set up around Scotland for Ukrainian refugees arriving in the country.

Scottish Government minister, Neil Gray, said Scotland would be their home “for as they long as they need it to be”.

The hubs in Glasgow, Edinburgh and Cairnryan, will provide hot meals, translation services and trauma support for those who have just arrived.

However, Mr Gray said the Scottish Government does not currently know how many refugees have arrived in Scotland under its “super-sponsor” scheme or by other means, as data-sharing arrangements with the UK Government had not started yet.

Mr Gray, the minister with special responsibility for refugees arriving from Ukraine, spoke to Holyrood’s Constitution Committee on Thursday.

He said: “We have chosen to act as a super-sponsor to short circuit the matching process and enable significant numbers of displaced Ukrainians to come to Scotland without unnecessary delay.

“To prepare for that we have established welcome hubs to support displaced Ukrainians arriving into Edinburgh, Glasgow, and Cairnryan – where all those who need it will find safe and comfortable accommodation and a hot meal, and where local partnerships are already in place to make an assessment of need for additional services.”

He said the Government was working “flat out” to secure temporary and longer-term accommodation for those who need it.

Mr Gray added: “As the First Minister said at the weekend, we will treat people with compassion, dignity and respect and Scotland will be their home for as they long as they need it to be.”

Conservative MSP, Donald Cameron, asked him about the number of refugees who had arrived in Scotland since the super-sponsor scheme opened last week.

Mr Gray said he did not know the number and added: “The data flows have not started as the way that we would want them to start as yet. We haven’t got information in place.

“I don’t believe that is because the UK Government is holding it back from us.

“I just believe that the speed at which the system has been created – from First Minister’s conception on one Friday to launch the following Friday – getting the system up and running has taken time.”

A majority of those arriving so far were not doing so through the super-sponsor route, he said.

Earlier, the committee heard from a number of charities which work with refugees.

The latest data showed that it showed that out of 66,000 applications for the Ukrainian visa schemes, 15,800 visas had been granted, he said.

This amounts to just 0.4% of those who have fled Ukraine since the Russian invasion on February 24, I have added.

He said: “Most importantly, the eligibility criteria that (the schemes) have are quite strict.

“They do not capture individuals who are already in the UK for example, in precarious situations and who are concerned about their family members.”

Graham O’Neill, of the Scottish Refugee Council, said: “People are being traumatized by that visa-based response, as we’re seeing in the horror stories of delay across Europe and elsewhere.”