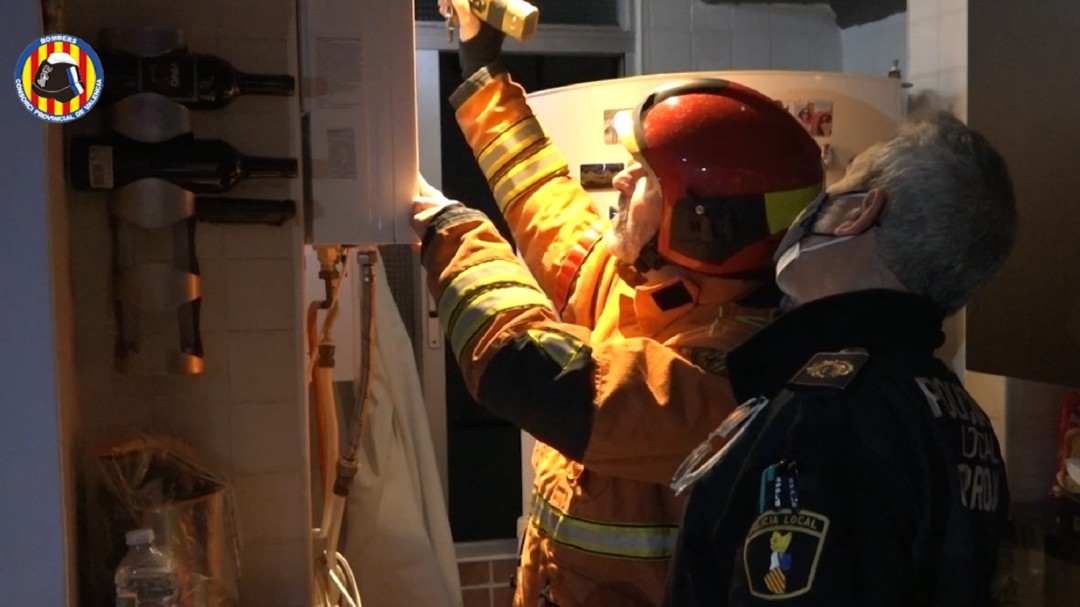 Three people from the same family died this morning in Catarroja, in the province of Valencia, after possible carbon monoxide poisoning. The deceased are a couple and their son, who slept in the same house. The Valencia Firefighters Consortium points out that the origin of this toxic gas would be poor combustion in the heating elements, apparently due to the poor installation of a boiler.

The notice was received around two thirty in the morning, after the alert made by the other daughter of the family, who had come home at that time and, upon seeing what happened, alerted the emergency services . Local Police, Catarroja firefighters and health personnel have been displaced to the house, who have only been able to certify the death of these three people. The 25-year-old who raised the alarm remains admitted to La Fe de València hospital.

The firefighters, with gas detection equipment, have carried out the corresponding measurements and have ventilated the house until confirming that the presence of gas was no longer detected in the measurements. During the home inspection, two pets, a dog and a cat, were also found dead.

The mayor of Catarroja, Jesús Monzó, has offered the help of the consistory to the young woman who warned of what happened: both psychological, administrative or economic. The family, of Romanian origin, lived in Catarroja for more than twenty years, so this Sunday an official day of mourning has been decreed in the town: the flags will fly at half mast, and on Monday at twelve noon has called a rally at the doors of the consistory to show condolences to the family.

From the Consistory, they have thanked the “quick action” of the Local Police, which has avoided “a greater misfortune”, as well as the work of the fire brigade and the Civil Guard.

Firefighters remember that it is essential to check every year all boilers and heating elements that work with gas, such as stoves, since carbon monoxide is very dangerous: it does not smell, you cannot see it, and it is lethal in very small amounts . Neither should the ventilation grilles installed by the technicians be covered, even if it is cold, since they are essential if there is a leak.

The officer of the Provincial Firefighters Consortium of Valencia, José María Castrillo, also recommends installing this gas detectors in homes, which are sold in hardware stores for little price, and which can avoid tragedies since they work like fire detectors, but They alert to the presence of carbon monoxide by sound signals.

The experts insist that the review is very important and they also ask not to manipulate these elements that work by gas combustion if it is not by experts.