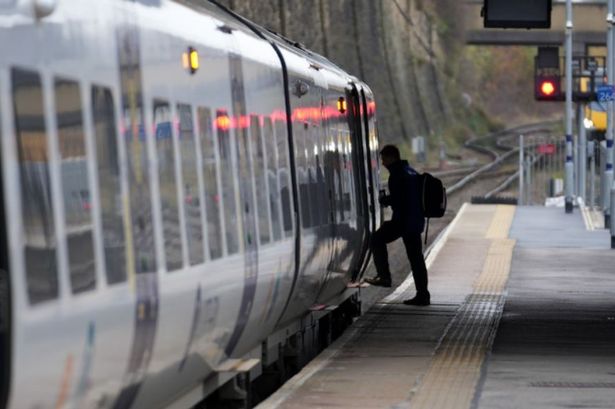 Three new railway stations have been mooted for Rochdale in a bid to improve the borough’s links with Manchester and the wider city region. While residents can hop on a train in Rochdale and be in the city center within 15 minutes, there are concerns other parts of the borough are less well served.

Now councilors have back a motion to ‘investigate’ a proposal for a trio of new stations in outlying areas, providing ‘cleaner, cheaper and faster’ public transport.

The proposed three stations are:

Councillor John Blundell, who tabled the motion, said it was ‘quite clear one of the main concerns of people in peripheral parts of Rochdale is connectivity to Manchester and the wider conurbation’.

“The borough needs better connectivity and this Labor council want to commit to introducing rail connectivity to areas where access to the wider conurbation is the poorest,” he told the meeting. “In Rochdale, with the rail corridor strategy we have proven we will use our stations to their full effect.

“Investment in these areas would not go to waste and it would significantly improve opportunities for residents in those areas for accessing jobs, culture or amenities in both Manchester and Leeds. The motion was backed by council leader Neil Emmott, who said he had been in discussions with ELR since last summer, to look at bringing back regular passenger services to Heywood for the first time since 1969.”

Coun Emmott said there had been a ‘pretty warm response’ from the heritage railway, as well as Greater Manchester Mayor Andy Burnham. “I think it would be fantastic for us to have those rail links again – proper rail links from Heywood to Manchester and Heywood to Bury on a regular basis,” he said.

“And obviously we will still support the ELR because it’s very much part of our heritage and we appreciate the work that they do.” He also said a railway station was important for Slattocks, and would also to serve neighboring Stanycliffe, as well as Hopwood Hall College and Stakehill Industrial Estate..

“We want to see a reduction in traffic in the area,” he added.

Coun Emmott also suggested these could be wooden ‘pop-up’ stations, that are ‘not necessarily massively expensive’. There was also backing from Conservative leader Coun Ashley Dearnley, who said the reopening of Smithy Bridge railway station 35 years ago had proven a real ‘asset’ for people in the community.

“We fully support the backing of the recent Heywood bid for the new Great British Railways HQ as well,” he said. “Which also, if successful, will enhance and bring much-needed investment and exciting new jobs and training opportunities.

“We as the Conservative group hope the investigation of the three new stations as proposed for the borough is successful alongside a successful Heywood bid.” Liberal Democrat leader Andy Kelly, though ‘broadly supportive’, felt there was a danger of rolling together three ‘extremely complex’ multi-million pound projects.

Referring back to Coun Dearnley’s comments, he noted that services at Smithy Bridge had been reduced. “Trains stop at Rochdale and Littleborough, but it’s intermittent at Smithy Bridge,” he said.

See also  Constitutional decision on allegations of Puigdemont in investiture

“So the example of putting a station at Belfield, I would really need to know a lot more detail about what’s going on there.”

The motion was carried after being voted through by all Labor and Conservative councillors. The Liberal Democrats group abstained.

Keep up with all the latest Rockale news with our free newsletter.