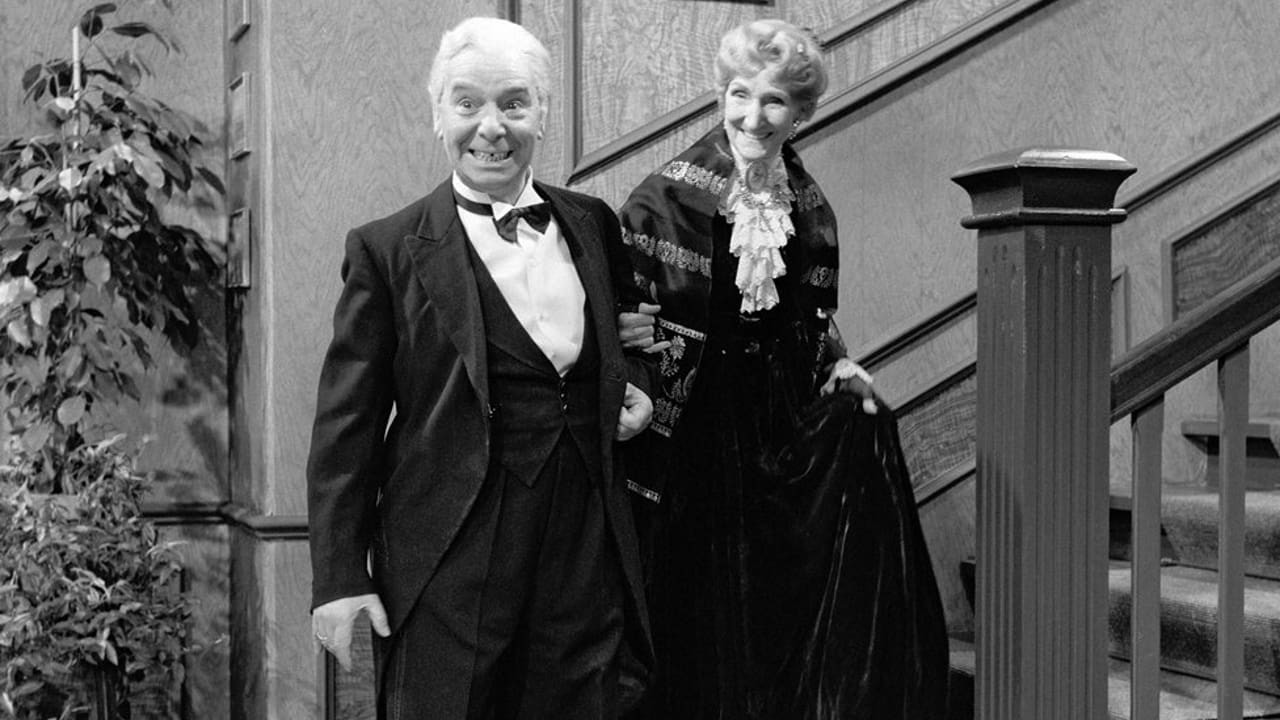 Some countries have made watching something specific on television on New Year’s Eve a ritual. The appeal of these traditions may seem somewhat difficult to understand if you are oblivious to them, but the Spanish customs of swallowing a dozen grapes or donning red underwear are not that they have a logical explanation behind them.

Germany and Scandinavia: see the same sketch from 1962

Dinner for One (Dinner for One) is a humorous segment starring Mary Warden and Freddie Finton, recorded on German television in 1962. Despite being in English (Warden and Finton were British) and six decades have passed since its original broadcast, the sketch It has become a New Year’s Eve ritual in countries like Germany, Austria, Switzerland, part of the Baltic nations, and all of Scandinavia.

Christopher Lundell-Ek is a 32-year-old Swedish psychology student living in Malmö, near the Danish border. He tells ICON that one of his earliest memories was laughing watching Dinner for One with his grandparents. “When I was a kid, seeing it on New Year’s Eve was as important as the fireworks,” he recalls wistfully. The student indicates that the segment has been broadcast in Sweden since 1969, with the sole exception of 2004 out of respect for those who died from the tsunami in the Indian Ocean.

The argument of Dinner for One It’s pretty simple: Miss Sophie, played by Warden, is an upper-class lady who celebrates her ninetieth birthday at an empty table, cared for by James (Finton), her faithful butler. Over the course of the three-course dinner, it appears that Miss Sophie’s friends are no longer with us and James plays along, taking their places and toasting (and drinking) as if they were the absent guests.

Each step of the dinner is punctuated by a question from the servant: “The same operation as last year?” To which his wife always repeats in a positive way. At the end of the evening – and several trips by a James drunk as a vat with a tiger rug – Miss Sophie goes up to her bedroom on the butler’s arm to continue with the same operation as last year …

“The phrase ‘The same operation as last year?’ as question and answer encapsulate the sketch and the tradition that surrounds it ”, says Lundell-EK, who thinks that its simple plot and its light and easy-to-follow humor, in addition to the few alternatives to watch on television at that time, helped that Dinner for One became a classic on international television.

The segment is only 18 minutes long and doesn’t even have a Christmas theme. He is also not famous in his home country, where Warden and Finton played him in music magazines of English tourist towns. In one of them they were seen by a producer of the Hamburg television channel NDR who hired them to film it.

There have been reports and documentaries about the phenomenon, also nods in popular culture and parodies such as one in which Miss Sophie is Angela Merkel and the butler is Nicolas Sarkozy in the midst of the 2008 crisis. Even Netflix in German made a remake a bit shabby, where among the absent guests are Frank Underwood, Saul Goodman and Crazy Eyes from Orange is The New Black.

Lundell-Ek, who works at a youth social center, admits that television is not as monolithic and relevant to younger generations, which makes the habit of watching Dinner for One is increasingly limited to people of a certain age. “Traditions have always been fundamental for human beings,” says the Swede. “I hope it will last for many years to come.”

New Year’s Eve has a curious importance in Russia and many countries of the former Soviet Union. Maria Vinogradova, assistant professor at the Pratt Institute in New York, tells ICON why. “The communist government, in its attempt to eradicate the influence of the church in society, banned all religious holidays and secular Christmas customs were transferred to the New Year,” says the academic. Between the New Year tree and the gift-giving of Abuelo del Frío on December 31, a romantic comedy in the style of Love, Actually but with Leningrad – now St. Petersburg – instead of London and with some friends getting drunk in a traditional Russian sauna as the trigger for the story.

The irony of fate, The Enjoy your bath! is a Soviet TV movie from 1975 that is still popular in the December dates within the countries that were part of the USSR. Russian journalist Stepan Kravchenko explains to ICON from Moscow the appeal of the film. “It deals with issues close to the Russian heart: alcohol as a companion catalyst for change and the image of a strong-willed woman, the opposite of male chaos,” summarizes Kravchenko.

The telefilm lasts more than three hours and begins with Zhenya, played by Andrei Myagkov, accidentally boarding a plane from Moscow to Leningrad in full drunkenness. The protagonist gets into a taxi, gives his address and, thanks to the uniformity of urban planning and Soviet architecture, both cities have the same street, with the same apartment block, the same lock and almost the same furniture. This is how Zhenya meets Nadya (Barbara Brylska), the resident of the apartment, who discovers him sleeping in her bed. A series of entanglements and disputes with their respective partners causes both of them to end up together and in love on New Years.

See also  What is aphasia, disorder Bruce Willis was diagnosed with, and how is it treated?

“Russians love this story because it allows them to live in the analog utopia of the Soviet Union in a warm, homely, imperfection-indulgent environment. A world very contrary to reality, “says the journalist, who adds that The irony of fate it is usually shown on television when he celebrates the New Year at his parents’ house. “This movie is still number one for many Russians.”

Vinogradova agrees with Kravchenko. “Nostalgia for the Soviet past is also part of the experience of contemporary viewers in Russia,” writes the scholar. “The economic difficulties and social inequalities born just after the USSR made many miss a past that seemed warmer and simpler. The protagonists’ problems seem more human compared to the current challenges ”.

The enthusiasm for the telefilm generated The irony of fate 2 in 2007, in which the children of the protagonists of the original repeat the same plot. The sequel, says Vinogradova, became one of the biggest box office hits in contemporary Russia: $ 50 million (about 44 million euros) out of a budget of five million. “The sequel was made when any Russian adult still had their own memories of the USSR and focuses on the continuity between these two societies and the traditions that endure despite the changes,” says the academic

However, Kravchenko doubts that The Irony of Fate survives the test of time. “I believe that the popularity of the film will fall when the generations that identify as Soviet disappear, that still maintain a tangible cultural impact,” concludes the journalist.

Japan: the only music contest on television older than Eurovision

“New Year’s Day in Japan is spiritually and culturally the most important of the year and, by extension, it is also New Year’s Eve,” Japanese visual artist Kanako Noda explains to ICON. “We don’t have big parties or special events. We stay home and relax or, rather, we are busy preparing for New Years Day. See Kohaku on television it is part of that annual ritual, ”he says by phone.

Noda has lived in Montreal, Canada, for several years but remembers well Kohaku Uta Gassen (The battle of the red and white songs), a singing contest broadcast every December 31 on the Japanese public channel NHK. The artist describes it as an institution in the Asian nation. “My family and I weren’t very fond of the show, but we still watched it every year. When I see the word ‘Kohaku’ or hear people talking about the program, I think that the end of the year is nearing ”, recalls the artist by phone.

In principle, it does not seem so different than other reality TV contests: A red team (of women) and a white team (of men), both made up of about twenty musicians, compete while viewers vote from the studio or from their homes to the different shows that are presented over four hours. A little before midnight, the winning team is revealed. Both teams say goodbye to the year with a song.

Participation in the program is a fairly exclusive affair. Only the best and most successful of the Japanese music industry are invited to Kohaku. Noda describes that the repertoire of the musical competition mixes the most traditional with the most recent fashions: “When musicians become famous and are invited to participate in the program, it means that they have become references and popular figures in Japanese society.” . A Spanish version, for example, could have C. Tangana and Raphael against Isabel Pantoja and ARCA.

Another thing that distinguishes this musical competition is its past. Kohaku began on the radio in 1951 and since 1954 it has been broadcast on television without interruption. The book Guinness of records In 2017, during its 65th edition, it was awarded the title of The Longest-running Musical Competition on Television at the National Level. The Eurovision Song Contest, started in 1956 and interrupted in 2020 due to Covid-19, has the same title but at an international level. Paul Simon, Cyndi Lauper and Sarah Brightman, among others, are among the few Western artists to sing on NHK’s New Years Eve program, which in seven decades of history has barely changed its format..

“I have never been fond of Kohaku because i don’t like music enka, which is always part of the program, ”says Noda. The artist refers to a Japanese musical genre of western influence, similar to the ballad and that enjoyed great popularity in postwar Japan. “Although I think that is part of one of Kohaku’s own elements: It is not only about young people and trendy music, but also about the music of previous generations.”