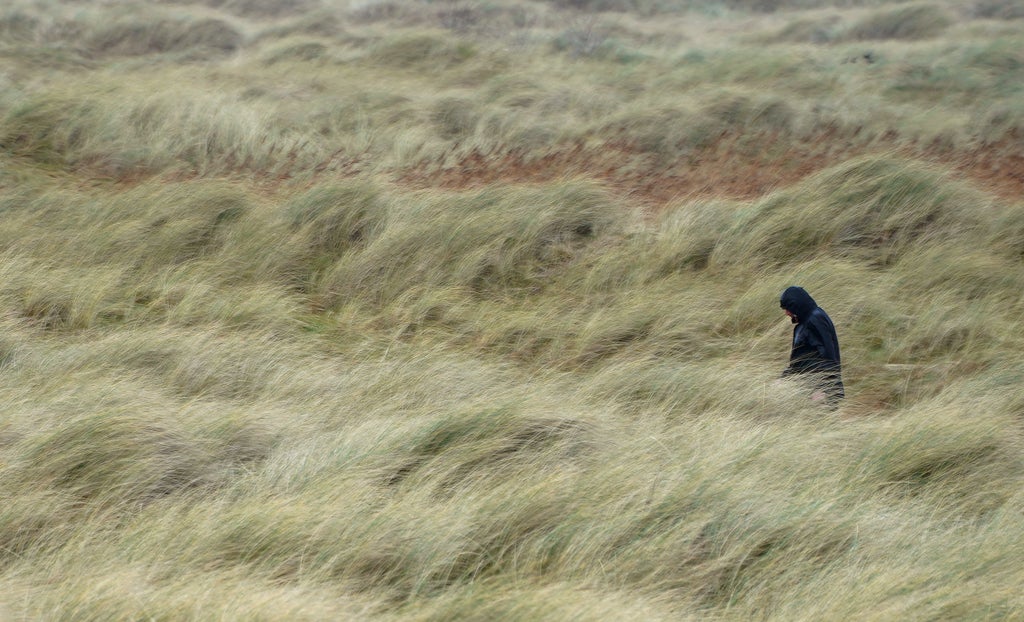 Thousands of homes in the south of Ireland are without power following the arrival of Storm Eunice in the early hours of Friday.

Schools and colleges across the Republic of Ireland will remain closed on Friday after officials warned of a “high-impact, multi-hazard weather event”.

In nine counties, schools will be shut after Met Eireann issued a red wind warning for Cork, Kerry, Clare and Waterford.

An orange snow warning has also been issued for several counties in the north and west, including Donegal, Mayo, Sligo, Leitrim and Roscommon.

While the storm is expected to be powerful but relatively short, officials have warned that it is likely to leave a trail of damage and disruption, including fallen trees, power outages and coastal flooding.

More than 6,000 people were without power due to the storm on Friday morning, ESB said, predominantly in Cork and Kerry.

Brian Tapley, from ESB, said on Friday: “We will know the extent of the damage to our network probably by midday, because the storm is passing so quickly.”

He told RTE radio that ESB workers would aim to “restore everyone as quickly as possible and safely as possible”.

Some snow has already been reported in parts of the north-west, with more sleet and snow possible later on Friday.

Across the south of the island, there have been reports of failed trees and blocked roads.

Liz Coleman, from Met Eireann, said the storm will track eastwards across Ireland over the course of the morning.

“The very strong winds will be over by midday today,” she told RTE radio.

“We will then be in a strong westerly airflow with some blustery, scattered showers.”

Gardai have urged the public to hear warnings for their local areas.

Those living in the worst-affected areas have been advised to stay indoors for the duration of the storm and to remain cautious even when the worst conditions have abated.

Bus Eireann will not operate during the red warning, while Irish Rail will operate provided there is no damage to tracks.

The HSE said it hopes to experience little or no disruption to services on Friday.

Anne O’Connor, chief operations officer for the HSE, said on Friday that patients should hopefully only experience a “brief disruption” to planned appointments and services.

Tommy Ryan, from the County and City Management Association, said on Thursday night that crews are on stand-by, as well as Civil Defense if necessary.

“Each local authority is scaling the response at an appropriate level depending on the level of warning, whether it is red, orange or yellow,” he said.

“The local government sector is prepared and ready to respond.”

The Met Eireann red storm warning for Kerry, Cork and Clare ended at 8am, but a Status Orange alert remains in place.

The alert for Waterford began at 7am on Friday and will stay in place until 11am.

The orange wind warning for the Munster region and Counties Carlow, Dublin, Kildare, Kilkenny, Laois, Offaly, Wexford, Wicklow and Galway, will last until 11am.

An orange snow warning for Donegal, Leitrim, Sligo, Mayo and Roscommon, remains in place until 3pm.

A yellow wind and rain warning covers the rest of the country until 6pm, with a snow and ice warning in place until 10am on Saturday.

In Northern Ireland, a yellow wind and snow warning has been issued by the Met Office for 3am to 6pm on Friday.

“Storm Eunice may cause disruption due to heavy snow and some strong winds on Friday,” said the UK forecaster.