Thousands of workers and family members of the plant ArcelorMittal de Zumarraga and residents of the town have demonstrated this afternoon under the slogan ‘For a real industrial policy, Arcelor ez itxi’, in defense of the maintenance of the activity of the plant and its 351 jobs within the framework of the mobilization calendar agreed unanimously by the works council this past Thursday.

The demonstration started after 12:00 hours from the square Areizaga-Kalebarren de Zumarraga and Urretxu in protest at the decision of the company’s management to undertake a partial cessation of the activity of its factory in Zumarraga. The march has traveled the streets of both towns.

The march was attended by a large representation of the municipalities of Zumarraga, Urretxu, Legazpi and Ezkio Itsaso, as well as representatives of the Gipuzkoa Provincial Council such as the deputies socialists Denis Itxaso and Marisol Garmendia and the deputy for Economic Promotion Ainhoa ​​Aizpuru (PNV), politicians of the PSE and EH Bildu such as Odon Elorza, Pello Urizar, Xabier Olano and Oihane Zabaleta, as well as union representatives. Workers from Arcelor de Olaberria and Bergara have joined the march in which workers from the Sestao ACB have also participated.

The mayor of Zumarraga, the socialist Mikel Serrano has advocated for “try to join forces together”, in support of ArcelorMittal Zumarraga workers who are “quite low” in spirits about the situation. The works committee has assured that they will continue to fight for the maintenance of industrial activity in this plant and have shown “hope” in this regard. In addition, they have summoned the Basque Government and the Provincial Council of Gipuzkoa to meet with them because the statements they have made after hearing the announcement of the ArcelorMittal management “have not been at all fortunate”.

At the end of the tour, the president of the works council, Leo Bote, has read a statement in which the workers have denounced that the “zero investment in improvements” carried out by the Indian multinational has led to the “deterioration and, consequently , the partial cessation of activity “which may lead to the” absolute closure “of the factory in Zumarraga.

The workers have also expressed their “outrage” over “positions and statements that public institutions pour out without real knowledge of the situation” and that “only generate fear and social alarm.”

In this sense, they have called on the Basque Government for a “maximum representative” to meet with the representation of the workers who will carry out a rally next Wednesday at the regional government headquarters in Vitoria-Gasteiz.

The deputy for Economic Promotion of Gipuzkoa, Ainhoa ​​Aizpuru, has indicated that the workers of ArcelorMittal de Zumarraga are the “highest priority” of the regional institution and has shown their willingness to work “together” to avoid the closure of the factory. The deputy has demanded that ArcelorMittal act with “responsibility” towards the 325 workers in Zumarraga and commit to the “industrialization” of Alto Urola. He recalled that the town councils of this region, the Guipuzcoan Provincial Council and the Basque Government “agreed on a common strategy to deal with the problem and since then they have been working together in the search for solutions” for ArcelorMittal.

Itxaso (PSE) criticizes the “fatalism” of G. Vasco in the face of the steel crisis

The first deputy general deputy of Gipuzkoa and head of Culture, Tourism, Youth and Sports, Denis Itxaso, has criticized the “fatalism” and “defeatism” with which the Basque Government faces the steel crisis and has demanded the inclusion of this topic on the “Basque agenda”. “It is true”, Itxaso added, that the steel crisis “is global”, but “it cannot be said that the Basque Government can do little or nothing because that is as much as recognizing” that the regional executive “for little or nothing it serves”.

This march is part of the mobilization calendar approved this past Thursday by the Works Council, made up of four delegates from CCOO, four from ELA, three from LAB and two from UGT, and ratified by the majority of the workers in assembly with 247 votes out of 275.

After this mobilization, the workers will make a caravan of cars from Arcerlor Mittal Zumarraga, passing through the Bergara and Olaberria plants, a 24-hour strike next Wednesday and a rally in front of the Basque Government in Vitoria. In addition, on Saturday March 26 they will hold a rally in front of the Provincial Council of Gipuzkoa, in Plaza Gipuzkoa in the Gipuzkoan capital. 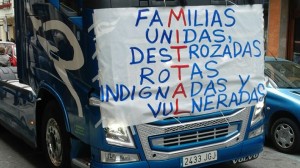 On the day of the strike, which will take place from 06:00 on Wednesday to 06:00 on Thursday, ArcelorMittal employees will travel to Vitoria-Gasteiz to gather in front of the Basque Government headquarters.

There, as LAB sources have indicated, he plans to denounce the words of the Executive spokesman, Josu Erkoreka, for saying the dismissal of Arcelor in Zumarraga will give “oxygen” to the ACB of Sestao.

In addition, on Monday they will make a caravan of cars through Zumarraga and on Saturday the 26th they will concentrate in Donostia-San Sebastián in front of the provincial palace to demand the government of the jeltzale Markel Olano its “implication“to avoid the closure of the plant.

In a new assembly, the date of which has not yet been set, ArcelorMittal workers will analyze new mobilizations. 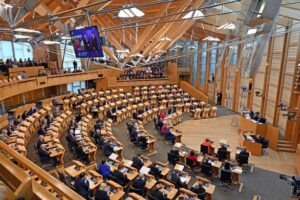