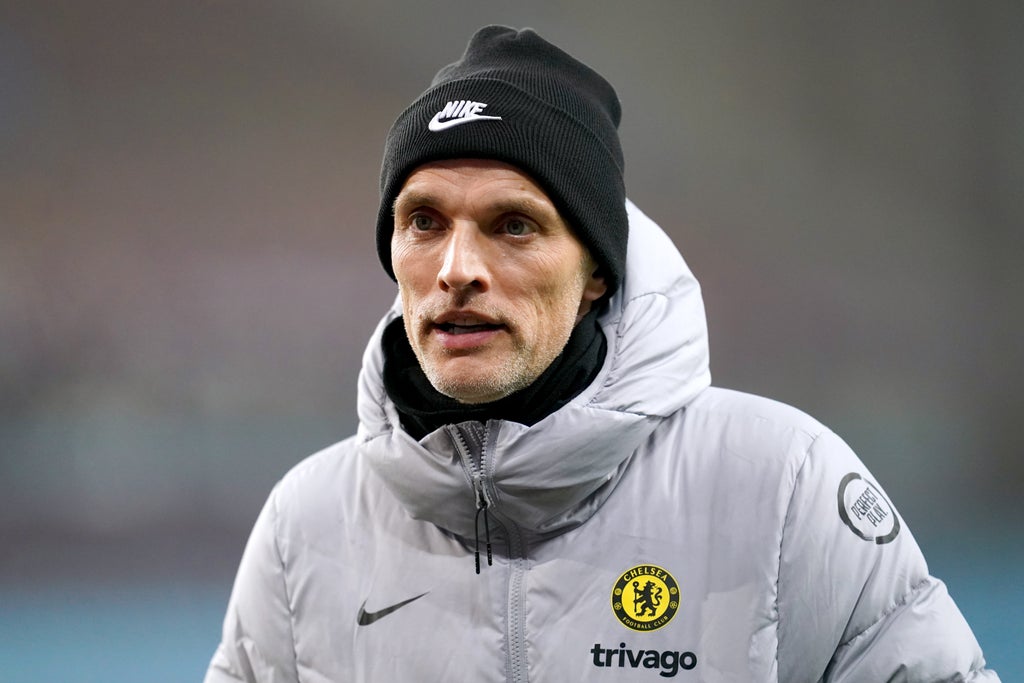 Thomas Tuchel has pledged Chelsea will maintain maximum commitment to help distract supporters from the realities of war in Europe and issues on the Blues’ club structure.

An impassioned Tuchel revealed his unease even discussing Russia’s invasion of Ukraine because of his privileged position of enjoying peace while war rages in the east.

But the Chelsea manager vowed the Stamford Bridge players and coaches would attempt to keep offering a valuable distraction to supporters and football fans amid uncertain global geopolitics.

Russian-Israeli owner Roman Abramovich has attempted to pass the “stewardship and care” of Chelsea to the club foundation’s trustees, but the Charity Commission is now seeking further information over the switch.

Asked if he had any worries about Chelsea’s future, Tuchel replied: “I’m not so sure if I’m the person to give messages to the fans for anything other than sport.

“We try to be calm here, we are calm in the center of a storm, of some noise around us that we cannot control and we are not responsible for.

“It’s best to stay calm and focus on what we do and what we love, which is sport.

“There is a big situation out there but there’s a lot of commitment from the players.

“Everybody is aware there are more important things, that the situation is by far much more important than a game of football, but still on Sunday there was a full stadium, and still we arrived with two strong teams who played a fantastic match.

“And this is what we can do for the fans, to distract them, to entertain them, and do what we do with a maximum effort and a maximum commitment.

“I don’t see any other solution for what we could do differently.”

Abramovich made the move to step back from the day-to-day running of Chelsea in a statement on Saturday, in the wake of Russia’s invasion of Ukraine.

The 55-year-old took the step in order to protect Chelsea moving forward, in a move that would not protect the billionaire from any UK government sanctions.

The trustees of the Chelsea Foundation have submitted a serious incident report to the Charity Commission, to seek clarity on how to enact Abramovich’s plans.

Abramovich’s spokesperson told the PA news agency on Monday that the businessman is attempting to broker a peaceful solution between Russia and Ukraine.

When quizzed on Abramovich’s possible role, Tuchel replied: “Listen, you have to stop, honestly. I’m not a politician. You have to stop.

“I can only repeat it, and I even feel bad to repeat it, because I never experienced war.

“So even to talk about it, I feel bad, because I’m very privileged, I sit here in peace.

“And I do the best I can because you have to stop asking me these questions because I have no answers for you.

“You always start the question the same way, saying ‘we know there are much more important things than football but can you comment’.

“But you also decide to ask me about war and how often do I need to say it?

“It’s horrible, of course it’s horrible: there cannot be any other opinion.

“But why should we be more distracted than you at work? That’s what I mean when I said it in the first place.

“Of course it’s out there and we know there are more important things out there, and this will never change.

“But this is about sports, and there are a lot of more important things out there.

“And still there is a huge distraction now going on and we are worried.

“But at the end, we still try to create an atmosphere to come to work and focus on our work which is our passion and we are very, very grateful and very privileged to have it.

“And it’s not that big a problem. But I think everybody in Europe, more or less, has some noise in their heads that nobody likes.

“For me as a coach and in charge of the first team that decision (Abramovich stepping back) does not change too much the daily business.

“Because I’m in the daily exchange with Petr Cech and very regular exchange with Marina (Granovskaia), about how to improve the first team.

“And this will not stop because they stay in charge.

“But the role from Mr Abramovich is not on me to comment, because I simply don’t know enough about it.”