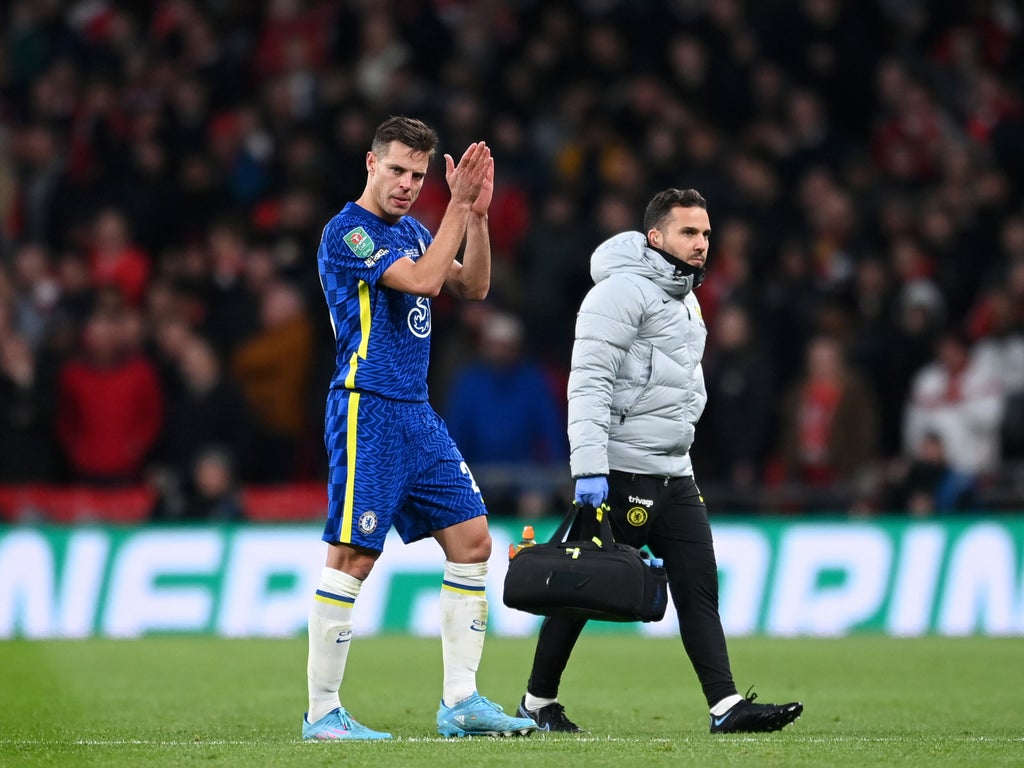 Thomas Tuchel has insisted Chelsea have too many injury worries to catalog the players who could miss Wednesday’s FA Cup fifth-round trip to Luton.

But Andreas Christensen and Hakim Ziyech were late withdrawals even before kick-off at Wembley, with Cesar Azpilicueta then hobbling out of the defeat and Trevoh Chalobah suffering a nasty cut to his groin.

Blues boss Tuchel revealed Reece James was only meant to play for 20 minutes in his first outing for two months after a hamstring problem, but wound up on the field for more than an hour.

Chelsea’s fatigue after extra-time and their eventual 11-10 penalty shoot-out defeat has taken another heavy toll on the Blues squad, leaving Tuchel loath to itemize all the doubts for Wednesday’s Kenilworth Road encounter.

“Reece James was in brilliant form on Sunday, but now he has a huge overload on his shoulders,” said Tuchel.

“The recommendation was for him to play 20 minutes before the match.

“And it was more than 70 that he ended up playing, in a final with extra tension and extra pressure against Liverpool.

“So the situation was very, very good before the match, because we had only Ben Chilwell out.

“Then the situation changed dramatically from this match.

“Now we have a lot of players in physical overload and we have some injuries from the match.

“It’s actually too many to comment because it would be a long list, so we need to see.

“We had training today, the physios, the doctors are still working with the players to find out.

“And we can take the last decision tomorrow morning when we have the departure to Luton.

“It’s now the third time we’ve played overtime, it was an intense match and this is where we are.”

Ziyech will certainly miss out again due to an Achilles issue, having sat out training on Monday.

Chelsea spurned a host of chances in a thrilling final with Liverpool at Wembley on Sunday, with Mason Mount twice unlucky not to find the net.

Tuchel insisted all Chelsea’s players were calm and collected after the penalties defeat, Mount included.

“Nobody deserves the blame for missing a chance, I am happy that I did not read any news about it,” said Tuchel.

“I can clearly understand that one person did not want to miss the chance the very most and this was Mason. You can be sure about that.

“But this can happen. This is part of sport that not every chance is a goal.

“Mason had huge chances to decide the match for us but he is fine. He did a strong match for us, he arrived in good timing in good positions and that is exactly what we wanted. I have missed a bit of luck.”

See also  Ukraine-Russia: How much oil comes from Russia? Oil prices per barrel today and why oil prices are going up