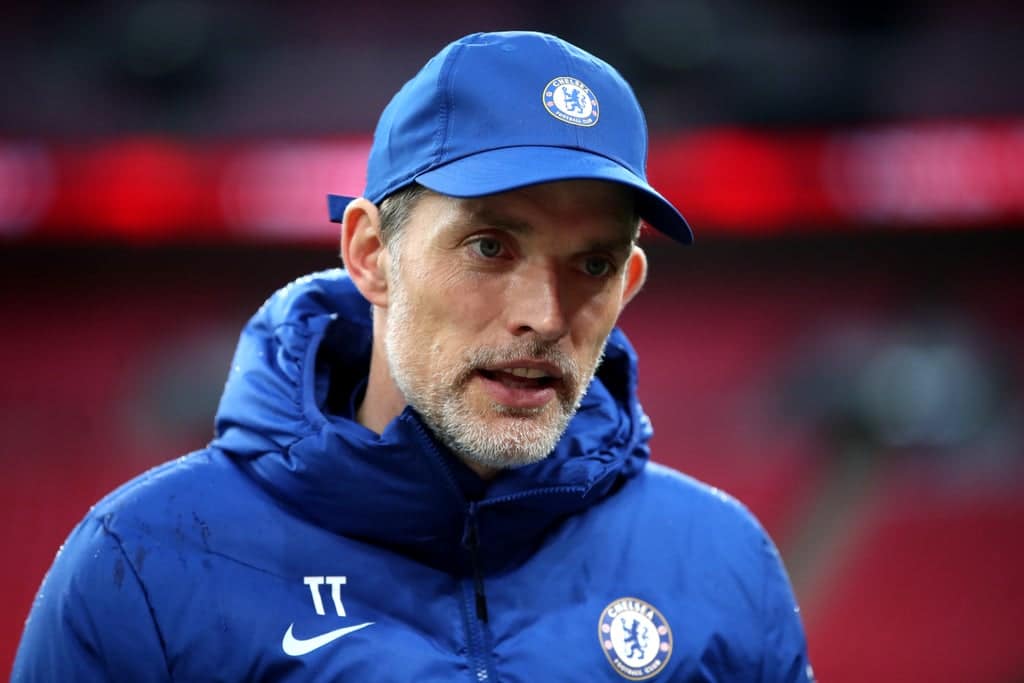 Thomas Tuchel has dismissed speculation linking him with Manchester United and reaffirmed his commitment to Chelsea, saying “I’ve said many times that I love to be here”.

United are actively seeking a new permanent manager for this summer with interim boss Ralf Rangnick set to move into a consultancy role, and Tuchel has been heavily touted for the position in recent days.

The Red Devils are understood to be big admirers of Chelsea’s German coach, but Tuchel himself rejected the notion.

Chelsea remain in a state of flux amid the Blues’ impending sale, but Tuchel has led the Stamford Bridge team to five successive wins to help temper that uncertainty.

Asked about the links to Manchester United, Tuchel replied: “There’s actually no reaction at all. Because do you feel me less committed to the club or less involved in the club in my situation? Absolutely not.

“I’ve said many times that I love to be here, that I love to work for Chelsea and that this club has everything that it needs to make me happy. And that’s why there’s no need. And we have plenty of reasons to stay in the moment here, and this is what we do.”

Chelsea’s suitors have until end of business on Friday to submit bids to buy the Champions League holders.

New York merchant bank the Raine Group will handle the process, with a clutch of impressive consortiums due to finalize their offers.

Roman Abramovich put Chelsea up for sale on 2 March amid Russia’s invasion of Ukraine.

The 55-year-old was sanctioned by the UK Government last week with Downing Street claiming to have provided his links to Russia President Vladimir Putin.

The Russian-Israeli billionaire has always denied those links, but the Government’s sanctions against the Blues have accelerated Chelsea’s sale.

Asked what hopes he would have for Chelsea’s eventual new owners, Tuchel replied: “Hopefully they love winning, that would be a big plus. I’m absolutely not involved, zero.

“I’m informed from time to time, but we have a pretty tight schedule so I’m happy not to be informed of every little step and chance in the process.

“Because that gives me also the advantage to focus on football and the staff here, the environment I can influence, the 60 to 80 people here at Cobham.

“So of course I’m informed but not asked and it’s also not necessary, it’s not my job and not my role.

“Everybody hopes it will be completed quickly. And as I understand the hope is and we can trust this is maybe solved quicker than usual.

“Actually I am an employee and that’s why I’m ready to play my role, so I’m ready to adapt and let’s see what’s coming. It’s uncertain times and uncertainty can sometimes create fear for some people, it’s normal.

“So we can trust in that, and trust for a good outcome.

“But it makes not so much sense to reflect how it would change with the role of a new owner, because the new owner is not here, the ideas are not set out.

Tuchel replaced Frank Lampard at the Chelsea helm in January 2021, driving the Blues to the Champions League title at the end of that campaign.

Asked if he had ever imagined Abramovich would leave Chelsea before him, Tuchel replied: “No, absolutely not. I could not have imagined that, it was absolutely out of any range of possibilities.

“That was actually how I told you what I did from the very beginning when I stepped in because it was such short notice, there was a match after one day, three days later another match.

“And there were travel restrictions from Corona so I was more or less living in a hotel with my three friends, my three staff members.

“And we were actually living like a life on a daily basis and it was also pretty enjoyable. And now again, in completely different circumstances.

“That’s what you do, and it just shows you don’t plan too far ahead, enjoy the moment and be the best you can be in the present and right now, and this is what we try.”