Dr Zoe Williams, 41, who welcomed her first child last year, said she thinks the term should be scrapped

This Morning’s Dr Zoe Williams has said calling pregnant women over 35 ‘geriatric’ is ‘old fashioned’ and should be scrapped.

And appearing on Natalie Anderson and The Capsule podcast, Dr Zoe spoke about how she thinks the term is outdated and shouldn’t be used.

“It’s just so old fashioned and it needs to change,” she said. “I think it is. People who work within the field are trying to change that term and use it less because it’s just so outdated, isn’t it?

“Even if they said ‘older’, it would be better than geriatric, I don’t particularly like that.”

Dr Zoe also hit back at the idea of ​​being perceived as geriatric after the age of 35, saying it’s now the “norm” for women to have a baby in their mid to late thirties.

“I understand that once you reach the age of 40, your pregnancy has a higher risk of complications. That’s fair enough, but let’s come up with a term that is fair, kind and nice,” she added. 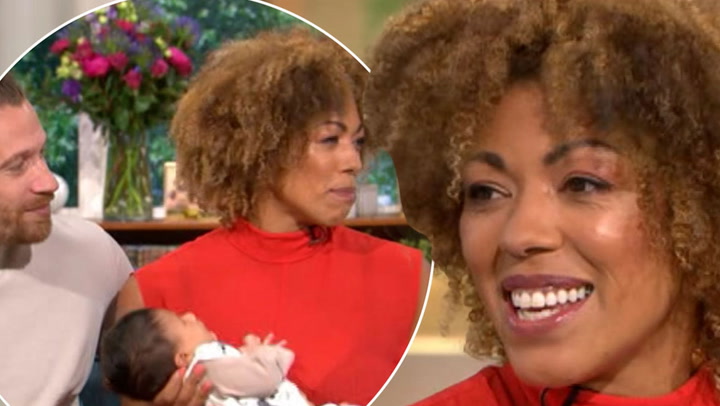 Doctors have replaced the term geriatric pregnancy – used to describe women expecting over the age of 35- with ‘advanced maternal age’, with the definition of changing over time as medics are seeing more women fall pregnant with their first child in their forties.

Describing her pregnancy journey, Dr Zoe said: “I wanted a baby for a long, long, long time. I only met my partner a couple of years ago and prior to that I had frozen my eggs and was considering going it alone to have baby.”

Dr Zoe also hit back at the idea of ​​being perceived as geriatric after the age of 35, (pictured a month before Lisbon’s birth last year)
(

The ITV favorite spoke of how at 34 she came out of a long-term relationship and really “felt the pressure” to find a partner and have children as soon as she could.

“I always knew I wanted to be a mum and really I felt that pressure. Every relationship I had from that point forward, at the forefront on my mind is ‘when do I have that conversation?’ I don’t want to waste time in a relationship at my age if somebody isn’t on the same page.

“One of my big frustrations is because I was over the threshold of 40, I was deemed to be higher risk.”

Dr Zoe went on to tell Natalie how she felt she had “a lot of pressure put on me” by doctors to be induced before her due date.

The This Morning star said she had never reached her due date and so didn’t need to have an induced labour.

Dr Zoe previously spoke about the meaning behind Lisbon’s name as she revealed she had met partner Stuart McKay in a bar in the Portuguese capital two years ago and thought it would be a fitting tribute.

She told Hello! Magazine: “We had picked out the name Lisbon very early in our relationship, before he was even conceived.

“I had planned on a home birth, but as it turned out, there wasn’t much choice because he came quite quickly.

“It was a beautiful moment when Stuart and I were facing each other in the (birthing) pool, we looked down and he was there in the water. I picked him up and we had five minutes where we held him, before even checking if he was a girl or boy.”