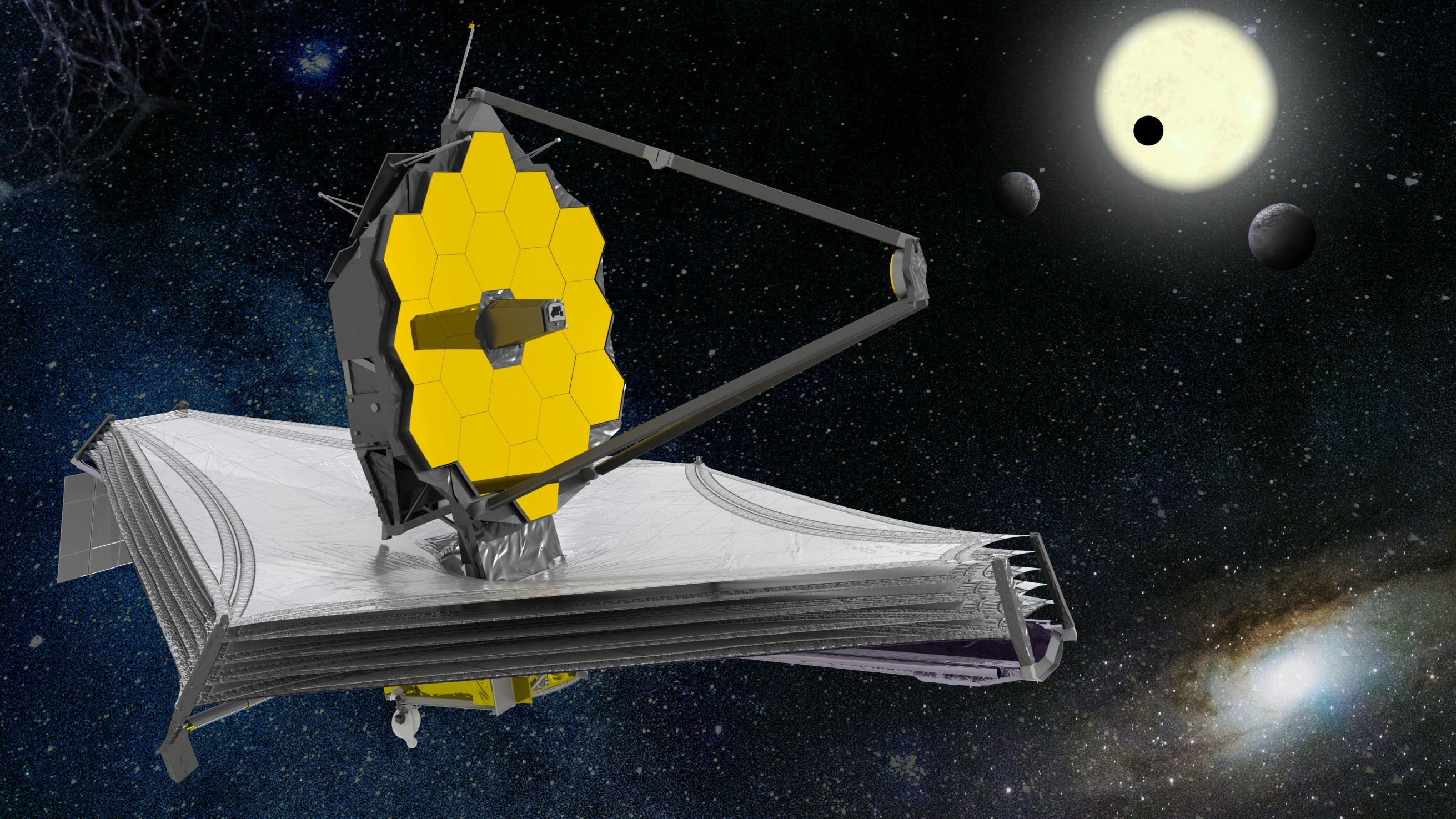 The space telescope James Webb It is the most powerful ever released, and is designed to make groundbreaking discoveries that will mark a new era in astronomical research. Considered the successor to the Hubble space telescope, this observatory is the result of collaboration between NASA, the European Space Agency (ESA) and the Canadian (CSA), and will help to delve into the origins of the universe, since it will have the ability to capture infrared light from the youngest galaxies and the first stars.

Next, an attempt is made to answer some of the main questions that this telescope may raise.

What is your mission?

James Webb will succeed the iconic Hubble and will become the next great space science observatory. It is designed to make revolutionary discoveries in all areas of astronomy, but its main mission will be investigate the early universe, and offer answers to some astrophysical questions of the first magnitude such as the formation of the first galaxies, their evolution, the functioning of dark matter, dark energy … In this sense, it will provide invaluable data on the solar system and on the formation and evolution of stars, planets and galaxies.

It could also help detect if there is life beyond planet Earth, since its scientific instrumentation will allow it to accurately analyze the atmospheres of exoplanets, in search of molecules and biomarkers that can only be the result of organic activity.

Who was James Webb?

James Edwin Webb was the second administrator of NASA, between 1961 and 1968. He supervised the first manned launches of the US space agency, within the Mercury and Gemini programs, which laid the foundations for the Apollo missions, whose objective was to put the first human being on the moon. The name of this telescope has not been without controversy. First, because Webb is still an American civil servant, which might not measure up to the importance of the observatory (for example, Hubble was named after one of the most important astronomers in history); and, second, because of the homophobic accusations that involved Webb during his career in the US government.

Has the project encountered many difficulties?

The history of the James Webb Space Telescope has been an obstacle course since the first idea was outlined, even before its predecessor, Hubble, was launched in the early 1990s. It wasn’t until 1997 that NASA began to develop develop it, with an initial budget of 500 million dollars and 2007 as an estimated launch date. Finally, the complexity of the project has resulted in almost 15 years late and a budget that has shot up to nearly $ 10 billion.

Why is your primary mirror so important?

Among the main technical characteristics of the James Webb highlights the primary mirror, which has a diameter of 6.5 meters And, in combination with the advanced scientific instruments available, it will allow you unprecedented resolution and sensitivity. This size is a large magnification over the mirror used by Hubble, which measures 2.4 meters.

In addition, the James Webb features a sunshade designed to keep its temperature just a few degrees above absolute zero, necessary for infrared observation and to avoid deterioration of scientific instruments. This parasol measures 20 meters long and 7 meters wide.

One of the biggest challenges has been to get James Webb, with his sunshade and mirror, into a 5-meter-diameter launch vehicle, such as the Ariane 5. This technical challenge has been compared to origami techniques, or origami. Therefore the main mirror is divided into 18 hexagonal segments that can be collected. The James Webb will launch folded inside the Ariane 5, to gradually open up once in space, during the first three weeks of the journey to its final orbit around the L2 Lagrange point, which will take about a month to arrive.

A choreography in which nothing can go wrong, since there are over 340 “single points of failure”, as it is called to the components whose malfunction causes a global failure in the system, rendering it inoperative. In other words, if only one of those more than 340 points fails, a project worth 10 billion dollars and almost a quarter of a century invested will be lost.

What are your main scientific instruments?

Unlike Hubble, which observes in the near-ultraviolet, visible, and near-infrared spectra, James Webb will observe the universe at near-infrared and mid-infrared wavelengths. To do this, it incorporates an advanced camera and spectrograph system.

The Integrated Scientific Instruments Module (ISIM) provides electrical power, computing resources, cooling, and structural stability for the telescope. The ISIM integrates the four scientific instruments that are the heart of the James Webb:

– Near Infrared Camera (NIRCam): infrared camera with spectral coverage ranging from the visible edge (0.6 microns) to the near infrared (5 microns). It will also serve as the observatory’s wavefront sensor, to coordinate and keep the 18 segments of the main mirror functioning as a unit.

– Near Infrared Spectrograph (NIRSpec): spectroscope that will perform its functions in the same wavelength range as NIRCam. This spectrographic analysis will be used to determine the elements that make up an object in space, such as a galaxy or the atmosphere of an exoplanet, where the presence of biomarkers will be searched.

– Middle Infrared Instrument (MIRI): It is a combination of a camera and spectrometer that will analyze infrared light in medium and long lengths, between 5 and 27 micrometers.

– Fine Guide Sensor (FGS) and Near Infrared Imager and Slitless Spectrograph (NIRISS): FGS is used to stabilize the telescope during observations. The NIRISS is an astronomical photography and spectroscopy module capable of recording light at a frequency of 0.8 to 5 microns.

What does it mean to operate in the infrared?

Observing in the infrared will allow the James Webb telescope to access hidden places in the Solar System, penetrate the interior of the dust clouds that constitute the stellar and planetary hotbeds, examine the chemical composition of the exoplanets’ atmosphere and go even further back in time to see the first galaxies that formed in the early universe. You will be able to see objects between 100 and 200 million years after the Big Bang.

Will it be able to detect the presence of life on exoplanets?

That is another of its main tasks: check for life beyond planet Earth. Its scientific instrumentation will allow it to analyze the atmospheres of extrasolar planets, in search of biomarkers capable of revealing the presence of biological activity in them.

Why was the Lagrange point L2 chosen?

Unlike Hubble, which orbits approximately 570 kilometers from Earth, the James Webb space telescope will be at the second Lagrange point L2 of the Sun-Earth system, located 1.5 million kilometers of our planet. The Lagrange point L2 is ideal because always maintains the same orientation with respect to the Earth and the Sun, so there will be no interference with the Earth, and the observations will be continuous.

In addition, it is far from the heat that our planet radiates, so it offers stability and optimal conditions for the operation of a telescope that operates with infrared light. The temperature of the observatory must drop to about -230 ° C so that the infrared emission from the instruments themselves does not exceed the faint signals from the detected objects.