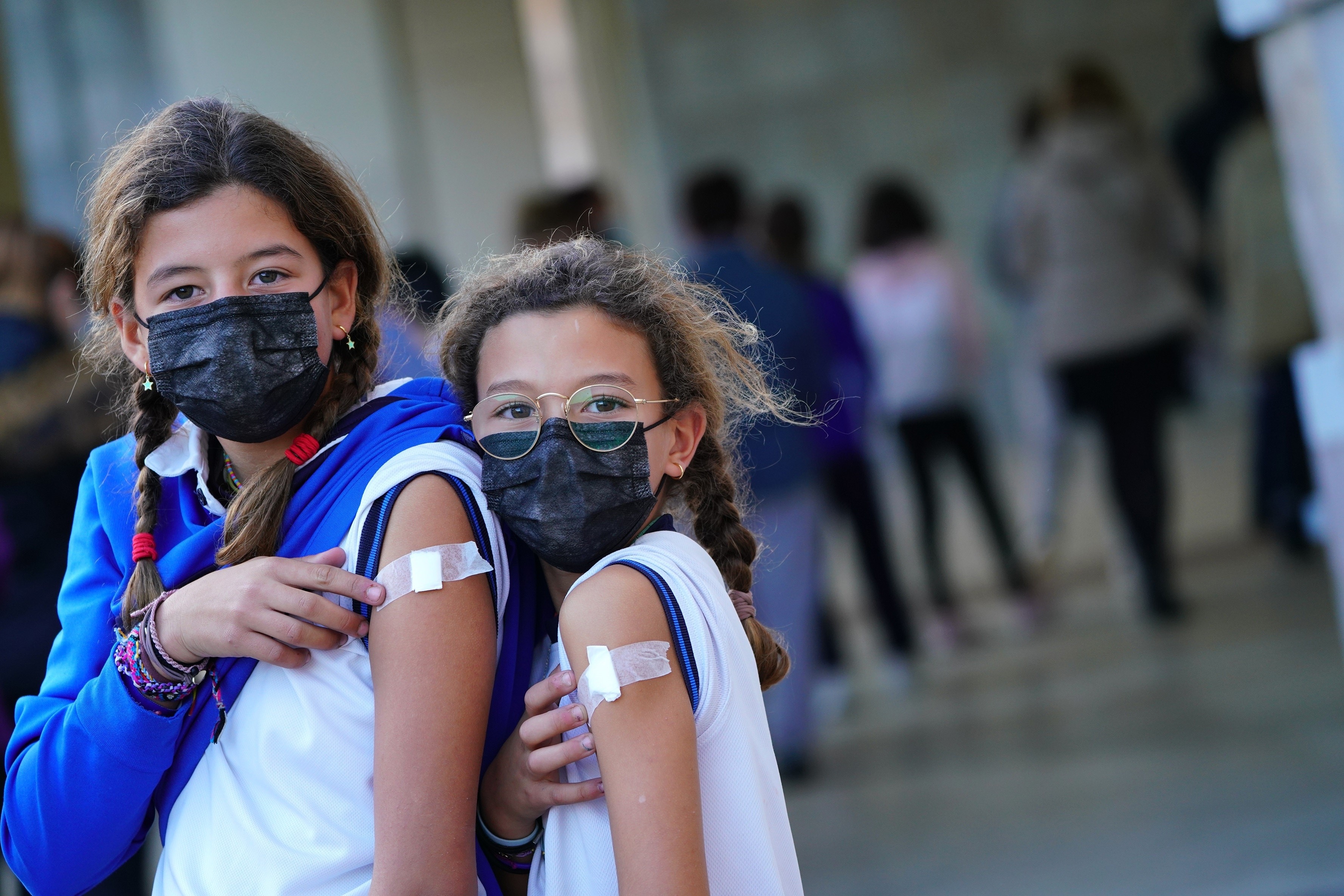 Vaccination has been drastically sped up in two weeks. The explosion of cases in recent days and the uncertainty that the omicron variant adds has pushed the administration of booster doses and vaccination of children between 5 and 11 years old, which began a few days ago. Below we show the essential data of this process.

Spain accelerates and is close to putting more vaccines than ever. In the last week, eight doses have been given for every 100 people, touching the record rate of July, when vaccination was opened to young people. Two months ago they were not even a tenth and a month ago they were a fourth. After an autumn in which we lagged behind Europe, our country has once again taken the lead in administered doses.

In Europe, a general acceleration is observed, which began with the United Kingdom and then Austria, and to which the rest of the countries have been joining.

One reason is the third doses. Spain began dispensing the booster doses in October, first in residences and people especially vulnerable due to previous pathologies. Later vaccination was approved for people over seventy years of age, and these days people in their sixties are vaccinated. These additional doses represent about 90% of those that have been given in November and December.

The third doses were generalized earlier in the United Kingdom, which already has 42% of its population with memory. Behind came Germany (32%) and Austria (37%), which mobilized early in the autumn in the face of their worst waves of infections. Denmark also stands out, which has put many doses and has done it very quickly (35%).

Spain has always been behind in this campaign, contrary to what happened with the standard doses. With 24% of people on booster doses, Spain is still behind many European countries, but has accelerated in the last two weeks and is now administering them faster than the European Union average.

The vaccination campaign for children is also beginning to be noticed. Spain began the vaccination of children between 5 and 11 years old last Wednesday, and just a few days, according to data from the Ministry of Health, 448,000 children would have received their first dose, 13.4% of that age group.

Vaccination has started in other European countries, although most still do not offer up-to-date data. Only Austria (15%) and the US (20%) appear ahead of Spain, which started this children’s campaign weeks ago.

Children will be vaccinated with two doses with an interval of eight weeks between them. A period that, according to the Ministry of Health, generates a greater immune response and, in addition, allows progress in the administration of at least one dose to the entire age group in a context of serum shortage adapted for the child population. This explains why, for now, the communities have started vaccination with the 11 to nine year age band and have left the rest for January, when a new batch of vaccines is expected to arrive.

One consequence is that, although after Christmas the children who are being vaccinated will have developed a certain protection against the virus, the effect will still be small, predicts the epidemiologist and pediatrician Quique Bassat. “Until February or March I don’t think we will have a significant number of children with two doses,” says Bassat.

Meanwhile, millions of people remain unvaccinated around the world. We rich countries raise our protection against the virus with booster doses. In Spain, 24 doses have been given for every 100 people, which are more than those that have been put in total, counting first and second, in 58 countries of the world, most of them African. There are huge countries like Nigeria, with 200 million inhabitants, Ethiopia or the Congo where almost no one is vaccinated.