Skip to content
Home News This is how the return of the Three Kings parades will be in each city: mask, wide routes and without candy | Society 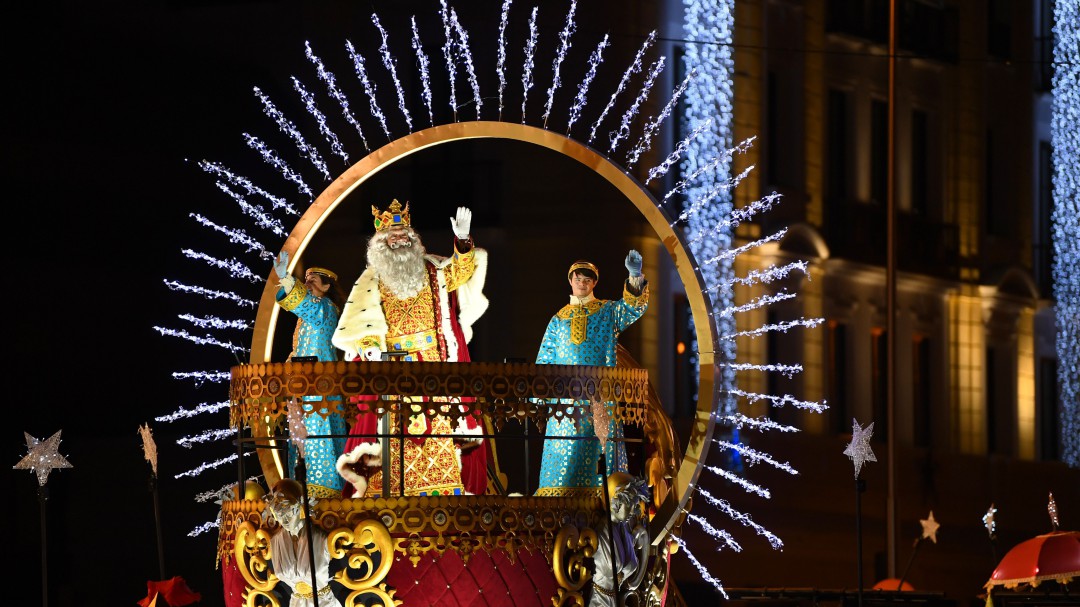 The floats of the Magi will once again tour the streets of the main Spanish cities this Wednesday, January 5, 2022, after 2021 in which they had to be suspended or became static due to the COVID-19 pandemic. Although, these traditional parades will return adapted to the health situation, with the obligation of a mask, tours of wider avenues and without throwing candy.

In Madrid, the City Council has distributed 7,000 tickets to see the Three Kings Parade, seats that have been sold out in just 12 minutes and that will be located along the 3 kilometers where the parade will run. The objective is to avoid crowds given the health situation derived from the pandemic. Also, as a safety measure, no candy will be thrown from the floats.

For its part, in Catalonia, people who attend the Three Kings parades must wear a mask and keep “the maximum possible distance”. The Three Wise Men will also “wear a mask” and it will also be mandatory for those over 6 years of age, while it will be recommended for children from 3 to 5. For their part, people with COVID symptoms will not be able to go to the horseback riding, with a positive result. , pending results or isolated due to being close contacts.

The mask will also be mandatory in the parades of Palma de Mallorca and Ibiza, which will make the tour through wider streets and will not throw candy either. In addition, in the Mallorcan municipality of Calvià, it has been directly canceled when considering that the health situation “is not adequate”.

Meanwhile, in Valencia, where there had been a parade with fewer floats, only the official ones, and without chairs, it has finally been replaced by a “static” parade in the Plaza de Toros. On the other hand, in Castilla y León, there will be parades in Soria, Segovia, Salamanca and Valladolid, with changes in the route so that the floats run through wider avenues and thus achieve more distance.

There will also be processions of the Three Wise Men in Aragon, although adapted to the pandemic, with longer routes. In addition, there are cities where there will be no distribution of sweets, for example, in Calatayud (Zaragoza) and Barbastro (Huesca), and in others, child by child will be delivered, as is the case of Alcañiz. Another modification is the reduction of the delegations and the performance of antigen tests to the participants, in some municipalities.

In Zaragoza it is recommended that children under 6 years of age wear masks and that the companions be as few as possible; In Huesca city, the parade will be longer, although with fewer participants and an invitation will be required to access the greeting in the bullring; and in Teruel city, it will be developed through wide streets, except for a street to border the hospital so that hospitalized children can see the parade from the windows.

The parades in the Basque Country have also been adapted to the health situation. Thus, in Vitoria, the route has been modified twice to ‘facilitate compliance’ with the measures against COVID; in San Sebastián, its journey will be lengthened by one kilometer and no candy will be thrown; and in Bilbao, directly, it has been replaced by the musical ‘La Noche Mágica’.

In Andalusia, attendees will have to wear a mask, as governed by an order from the Junta de Andalucía. This will be the case, for example, in Seville, where the City Council has also agreed to a modification of the route to favor the passage of the procession through wide roads. They will do the same in Baeza (Jaén) and in Almería, where they bet on a “safe ride”.

On the contrary, the City Council of Mojácar (Almería) has decided to cancel the Three Wise Men parade scheduled for Wednesday because the incidence rate for covid-19 is 1,106.5 cases, although it will maintain the delivery of gifts that is celebrated at open air in the locality. In the districts of Malaga, meanwhile, Melchor, Gaspar and Baltasar will participate in parties and parades.

The main cities of Extremadura, Mérida, Cáceres and Badajoz, where they have organized processions with shorter routes and without throwing sweets, will not renounce this year either. In particular, the one in Cáceres stands out, where Their Majesties from the East have arrived this Monday in a balloon to be able to greet the children and families who are confined due to the pandemic from the air.

In Castilla-La Mancha, horseback riding is confirmed in Toledo, Cuenca, Albacete and Ciudad Real. Among them, the one in Toledo stands out, in which Alfonso X ‘El Sabio’ and his VIII Centenary will have a special role. The procession will run through “wide” avenues and suppressing the climb to Zocodover to avoid passing through the “narrower” streets.

Regarding the Region of Murcia, the capital parade will be static and with a seated public, while in Cartagena it will be more similar to the traditional model since it will have 13 floats and will circulate through wide avenues, although to maintain safety, More than 18,000 chairs will be installed during the tour and the throwing of gifts and candy has been given up.

Meanwhile, in the Canary Islands, specifically, in Santa Cruz de Tenerife, the traditional reception of the Three Kings at the Heliodoro Rodríguez López Stadium has been suspended due to the pandemic and has been replaced by a closed-door reception, which will be broadcast by different audiovisual media. Next, five royal groups will go on a tour of the districts, a circuit similar to the one they will do in Las Palmas de Gran Canaria.

By helicopter to the soccer field

For its part, in La Rioja, the Las Gaunas football field will hold the welcoming event for the Three Wise Men who will land by helicopter, weather permitting, at 10.30 am on January 5. Although there will be a reduced capacity of 75 percent, the mask will be mandatory and food or drink will not be allowed.

In Cantabria, despite the incidence of the coronavirus, horseback riding has not been prohibited either, but some municipalities have suspended them. For example, in Santillana del Mar, where the Auto Sacramental is also held and both performances are declared a Festival of National Tourist Interest, it has been canceled again for the second consecutive year. The same will happen in the town of Signo. Meanwhile, Santander will repeat the format released in 2020, in which Their Majesties of the East will receive children for 12 hours in the cloister of the cathedral.

For its part, in Galicia there will be different models, from static parades as is the case in Vigo, Pontevedra, Lugo and Santiago, to dynamic ones as will happen in A Coruña, Ferrol and Ourense. In some parades, there will be candy distributions, for example, in Vigo and, in others, as in Ferrol, it will not be done due to the pandemic.

Likewise, there are smaller municipalities that have suspended the parades and have opted for a reception with the Magi, and others that will do parades without stops. In A Coruña, the mandatory nature of the mask will be reminded over the public address system and a covid certificate or negative antigen test will be required from those who participate in the floats.