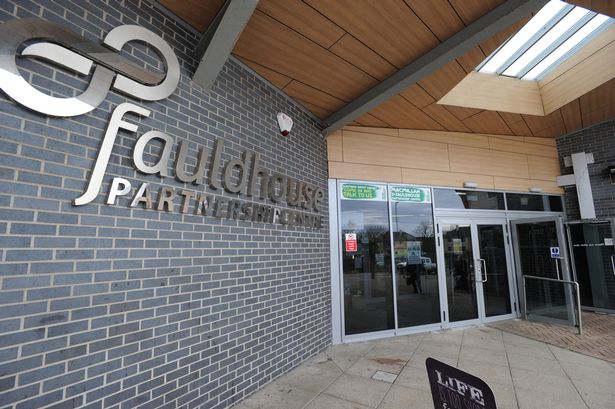 A third council building has had to be closed to the public in West Lothian because of the danger of roof collapse and failing Siporex concrete panels.

Council officers have been monitoring nine buildings where Siporex roof panels had been identified in 2019.

Some remedial work had been carried out in the roof of the games hall at Fauldhouse Partnership but it has now emerged that further water ingress and weakened the structure of the repaired panels and present danger to the public.

The work to repair the roof is set to cost in excess of £720,000, a meeting of the Council Executive heard.

That latest bill adds to those already facing the council for the repairs to the Lanthorn Center in Livingston and the sports hall of Whitburn Community Centre. Both total more than £6m.

In addition monitoring is being carried out at other sites.

In a report to the Executive David Baird, the council’s property manager said: “Following a recent inspection, instigated as a result of water ingress during May 2022, the structural engineer has found further deterioration of the roof planks compared to their previous inspection in December 2021. Signs of shear failure are present which presents risk of immediate collapse and water ingress continues, even with the remedial works that were complete with an aim to mitigate this.”

Councilor Pauline Clark sought assurance that the damage had not been found in the swimming pool roof which adjoins the games hall. Surveys have indicated that there is no apparent use of Siporex in the roof space and no damage.

Councillor Craig Meek asked what kind of support was being given to the groups that would have to relocate.

Mr Baird told the meeting that he and other officers would meet this week with groups to identify potential alternative venues for those displaced. It is uncertain how many groups will be displaced by the closure of the games hall.

I have acknowledged that like for like facilities could be difficult to accommodate depending on group needs.

Other parts of the partnership will remain open.

Siporex, is a lightweight concrete construction material that was commonly used in construction between the 1960s and 1980s.

The Deans South estate in Livingston was largely built with the same kind of roofing panels and the homes declared unfit for habitation in 2002.

Mr Baird added: “Although its use for construction of new buildings was discontinued in the late 1980s, it is still found in many buildings across the United Kingdom. In 2019, guidance issued warned of potential immediate structural failure in certain circumstances. The guidance further confirmed that roof decks constructed using Siporex planks will have reached the end of their theoretical lifespan and robust management arrangements are required to regularly inspect for deterioration, particularly around plank supports.”