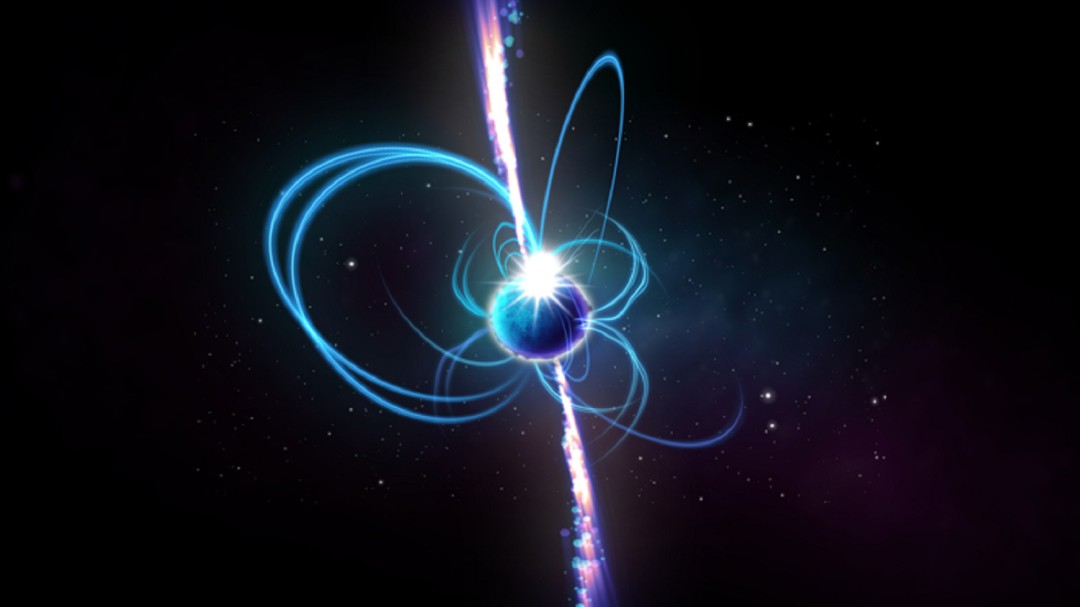 An international team of astronomers has detected a previously unknown astronomical object because it has an ultra-strong magnetic field. It could be a new type of neutron star or a white dwarf, that is, the collapsed core of a star. For now, astronomers are sticking with the first option: a type of neutron star called an “Ultra-Long Period Magnetar.” What is already known is that it is smaller than our sun and that it is located about 4,000 light years from Earth.

This new astronomical object is very rare, because it is capable of releasing a giant burst of energy three times an hour, and is unlike anything astronomers have seen so far, according to research results published in the journal Nature.

Specifically, this strange object is spinning in space and sending out a beam of radiation frequently (for one minute out of every 20), thus generating one of the brightest radio signal sources ever seen in space. sky.

“This object appeared and disappeared for a few hours during our observations,” explained astrophysicist Natasha Hurley-Walker, a researcher at the International Center for Radio Astronomy Research, and who led the team that made the discovery.

“That was completely unexpected. It was a bit creepy for an astronomer because there’s nothing known in the sky that does that.”

This strange astronomical object is located relatively close to Earth: about 4,000 light-years away, in the area that astronomers often call “our galactic backyard.”

A student with his own technique

This object has been discovered by a Curtin University student, Tyrone O’Doherty, using a telescope located in Australia, but applying a new technique that he has developed himself.

See also  The economic independence of the WHO, key to closing the gaps in the south | Future Planet

“It’s exciting that the source I identified last year turned out to be such a peculiar object,” said O’Doherty, who is now studying for a Ph.D. at Curtin University.

The objects that turn on and off in the Universe are not new to astronomers, they call them “transients” and, usually, they are observing the death of a massive star or the activity of the remains that it leaves behind.

In fact, “slow transients” such as supernovae can appear within a few days and disappear after a few months.

Instead, “fast transients,” like a type of neutron star called a pulsar, turn on and off in seconds or even milliseconds.

This mystery object was incredibly bright and smaller than the Sun, emitting highly polarized radio waves, suggesting that the object had an extremely strong magnetic field.

“It is a type of slowly rotating neutron star that has been theoretically predicted to exist,” says astrophysicist Hurley Walker.

In fact, these observations coincide with an astrophysical object called an “ultra-long period magnetar”, which had never been seen before, but whose existence had been theoretically predicted.

“But no one expected to directly detect one like this because we didn’t expect them to be so bright” – continues this specialist – “Somehow, it is converting magnetic energy into radio waves much more effectively than anything we’ve seen before” .

Professor Hurley Walker is now monitoring the evolution of this new astronomical object with the same Australian telescope that detected it to see if it turns back on.

And this is important because, if it lights up again, it could be analyzed by more telescopes located on Earth or even in space, such as the famous Hubble.