Skip to content
Home News “They are not prepared”: the five Real Madrid footballers who do not count for Ancelotti | The spar 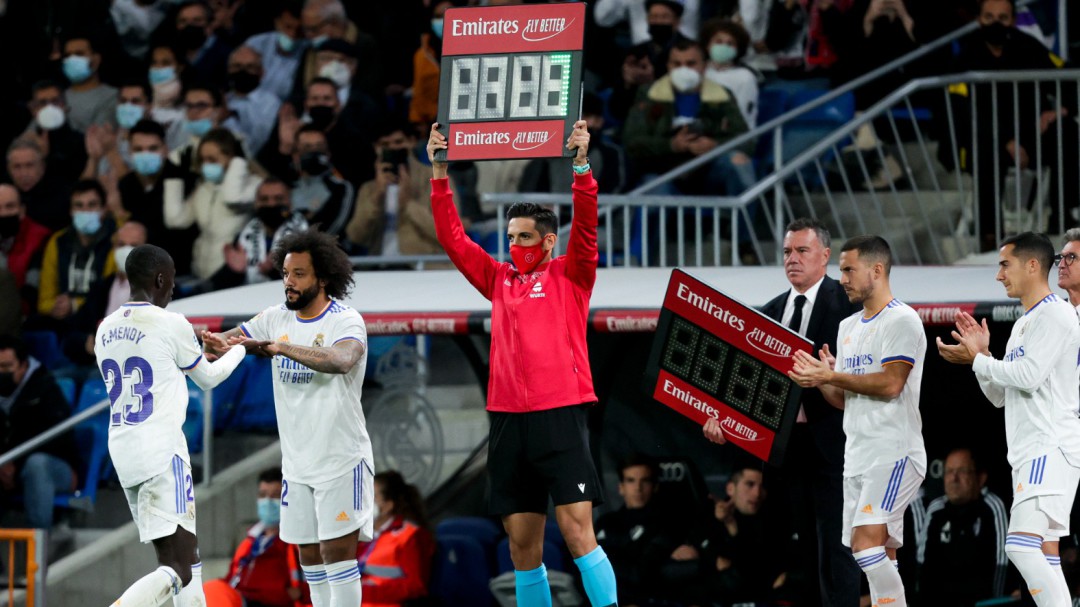 Spanish football is in luck after Real Madrid and Atlético de Madrid qualify for the last 16 of the Champions League. Meanwhile, Joao Felix would have requested his departure from the rojiblanco club and Zidane would be considering accepting the offer of PSG to be his coach.

The absence of rotations of Ancelotti works again

Real Madrid certified their pass to the round of 16 as group winners, but Ancelotti again avoided rotations. Only time will tell if the Italian has forced his best footballers too soon or, on the contrary, he was right.

Julio Pulido: “I would like to know how those who do not play will be when they have to. There are at least 5 players, and I get Hazard, Bale, Marcelo, Isco and Mariano, unhooked from Real Madrid and are not prepared to call them to rows “.

Jesús Gallego: “Ancelotti has made a perfect reading of the game: he has come out to be dominated. Madrid have defended well and Inter did not get to specify”.

Pablo Pinto: “The problem with Madrid is that this physical thing has already happened to Ancelotti’s Madrid and with Zidane last year.”

Mario Torrejón: “Being first in the group is not a minor issue in this Champions League, so it made no sense to rotate today. Ancelotti has the accounts done and wants to face January with the mattress they have now.”

Antonio Romero: “Ancelotti thinks about acting when the scare comes in the form of injury, not now.”

Atlético de Madrid is in the round of 16

Simeone’s men managed to beat Porto and are already in the round of 16 after all the doubts surrounding the Argentine coach in one of his worst moments at the head of the team.

Julio Pulido: “It is a night of euphoria and it should be that way, but Atlético de Madrid has fulfilled its obligation, which is to qualify.”

“Today’s Atleti has more of a miracle than a feat.”

Javier Matallanas: “It is a day that shows how crazy football is. One thing is to discuss the continuity of Cholo, which is not in debate, but rather to discuss his methods.”

Mario Torrejón: “Today’s Atleti is no miracle. They don’t defend well in recent times, however, the worst thing they have is the lack of confidence in the latest results.”

“It was a ‘cholista’ victory: it starts with Oblak’s saves and continues with the good work of Griezmann.”

Antonio Romero: “Today Oblak, unlike the last few days, has been imperial. Porto has been much superior at the beginning, and there he gets four.”

Miguel Martín Talavera: “We have gotten into a dynamic in which we put notes all the time when they are worth

Zidane can go to PSG

According to Deportes Cuatro, the Frenchman would be considering accepting the offer of PSG to occupy his bench.

Julio Pulido: “It would be very good to see Zidane at PSG to see his ability as a coach.”

Javier Matallanas: “Ernesto Valverde could be an option for PSG, he has rejected offers to expect something like that.”

Mario Torrejón: “When signing Zidane for PSG, you have to take into account that he and his entire family are from Marseille, and this is not a minor detail. There is a huge rivalry between Marseille and Paris.”

According to the newspaper As, the Portuguese would have asked to leave Atlético de Madrid

Jesús Gallego: “He has to find another project, because in this one it is not working for whatever reason. A wonderful footballer is being lost.”

Javier Matallanas: “Everything starts after the Mestalla game, since Jorge Mendes gets in touch with the club to request his departure. Atleti has told him that as long as he brings the money, they will let him leave”

“El Cholo brings Griezmann back to try to force Joao Felix out.”

Mario Torrejón: “Today was not for Joao Felix, I understand that it has not come out.”