Theresa May has led a barrage of criticism of her own government’s deal to send asylum seekers to Rwanda, questioning the “legality, practicality and efficacy” of the policy.

The former prime minister and home secretary – architect of the “hostile environment” that played a role in the Windrush scandal – told her successor Priti Patel in the Commons that she could not support the policy and demanded evidence that “this will not simply lead to an increase in the trafficking of women and children”.

Andrew Mitchell, the former international development secretary, also raised “serious concerns” that the policy “simply will not work” and questioned Ms Patel on the price of the scheme.

It came after Britain’s anti-slavery commissioner condemned the “lack of humanity” and warned that trafficking victims sent to Rwanda are likely to be deprived of support.

Dame Sara Thornton told The Independent she had “significant concerns”, citing evidence the African country has detained thousands of potential trafficking victims without providing them with proper care in the past year.

The multimillion-pound deal between the UK and Rwanda, announced last Thursday, will see asylum seekers in the UK flown 4,000 miles away to have their asylum claims processed by Rwandan authorities.

The Home Office has said asylum seekers arriving in the UK will go through a screening process before it is decided that they can be flown to Rwanda, and that nobody will be removed if it is “unsafe or inappropriate” for them.

But the document outlining the terms of the migration deal states modern slavery victims could be among those removed from Britain under the arrangement, and Rwanda will be provided with information about relocated individuals “relating to any special needs that may arise as a result of their being to victim”.

Ms Patel defended the policy in a fierce Commons debate, saying it is legal and is needed to tackle smuggling gangs who “effectively exploit various loopholes in our existing laws”.

She refused to directly answer MPs’ questions on whether there was a cap on the cost per migrant forcibly deported, on top of the £120m economic deal with Rwanda.

Senior Tory Dame Andrea Leadsom criticized as “absolutely abhorrent and inexplicable” criticism from people including Archbishop of Canterbury Justin Welby, who has said the policy is “the opposite of the nature of God”.

Yvette Cooper, the shadow home secretary, said the government policy is “unworkable, unethical and extortionate at the cost for the British taxpayer”.

Meanwhile, hundreds of local councilors across Britain have come together to reject the Rwanda deal, accusing ministers of “dividing and discriminating”, and warning the plans will “entrench racism”.

In a statement seen by The Independent, the councillors said: “We are appalled by the proposal to send asylum seekers to Rwanda […] We urge the government to choose differently. We ask the government to trust our communities and work with us, not foster racism and division via contracts with foreign governments or private companies.

“These unspeakably cruel plans play fast and loose with international law, entrench racism and put people’s lives in danger. They have been tried elsewhere and scrapped because they are inhumane and ineffective as well as very expensive.” 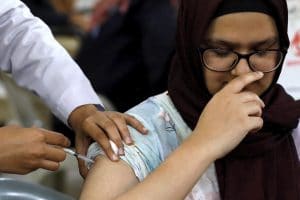 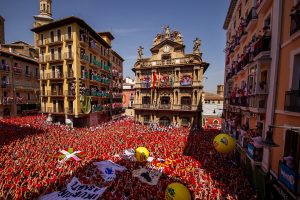 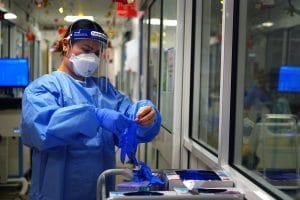