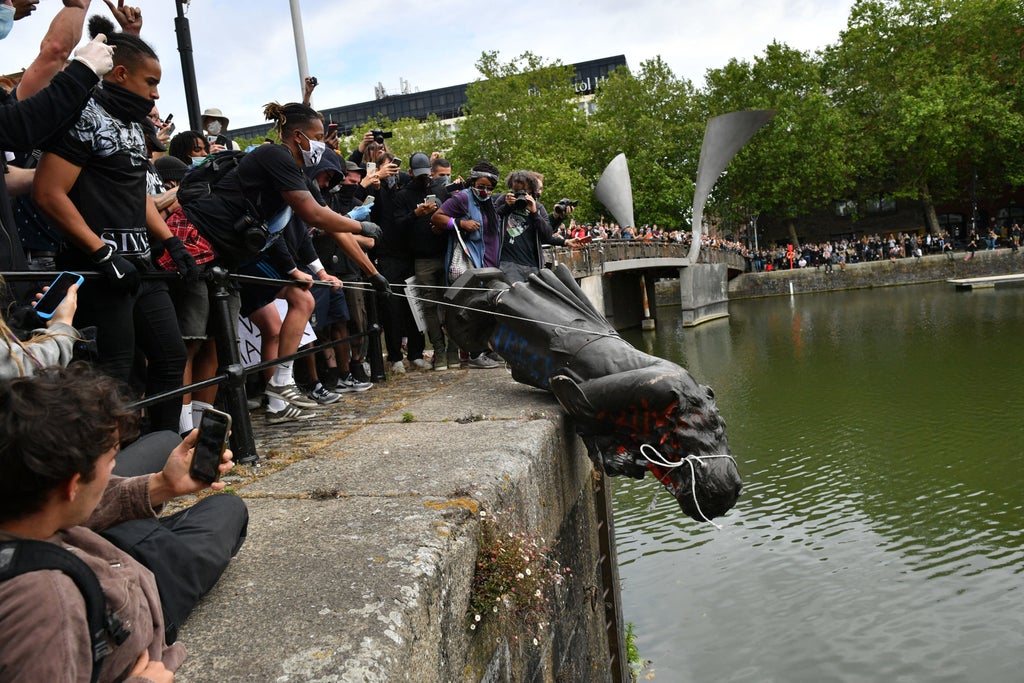 I was once introduced to a guest at a dinner party in the following manner: “This is Victoria. Ella es…very pc.”

I know, it sounds like I’m making it up – but swap the previously in-favor term of “politically correct” for today’s “woke” and it might start to make more sense. Over the years I’ve reflected on what the host of the party could have meant, and have concluded that he was warning the other guests that I was, basically: not racist, sexist, transphobic or homophobic, so wouldn’t be in favor of the odd off-color joke. It was a warning to any right-wingers to keep silent on the old Jim Davidson-style lols. Perhaps I should have thanked him?

But that puts a handy spin on things, doesn’t it – because if you try to define precisely what people mean when they accuse others of being “woke” (and the younger generations seem to bear the brunt of these pejorative sneers) then the only definition I can come up with is this: “woke” means being tolerant, kind, compassionate, empathetic, inclusive. Having basic human decency, in other words. So why on earth we’re using it as an insult is beyond me.

Tell that to Oliver Dowden: the Conservative Party chairman gave a speech this week to the Heritage Foundation, a conservative think tank, in Washington DC, in which he claimed that the focus on being introspective and self-critical is dividing us more than uniting us . He warned that neither Britain nor the US can afford to indulge in a “painful woke psychodrama” when the west’s values ​​are under threat; that so-called “social justice warriors” and “cancel culture” are distracting from efforts to stand up for democracy. Democracy itself!

See also  Is the puppeteer real? Everything you need to know about the latest scammer story on Netflix

According to Dowden, “obsessing over pronouns” and attempting to “decolonize” the school curriculum (heaven forbid we teach kids the truth about Britain’s bloody history of imperial domination), is tantamount, believe it or not, to “emboldening Russia, China and other enemies of the west”. Phew – that’s quite the cross to bear when you’re still at primary school.

Was Oliver Dowden at that dinner party? He might as well have been – because we’ve all met Oliver Dowdens; we’ve all born witness to the dismissive retort of, “well it’s PC gone bloody mad, isn’t it”; while the (usually) white, (often) privileged speaker scoffs at earnest attempts to course-correct centuries of wrongs; to stand up for the disenfranchised; to redress some sort of balance.

Perhaps it should come as no surprise to see people like Dowden condemning the toppling of the Colston statue in Bristol, brought down because of its association with colonialism and slavery – after all, the people who benefited from colonialism and slavery have, historically, been people like Dowden: white, privileged men. Last month, the Pope – another white, privileged man – dismissed “cancel culture” for “suffocating freedom of expression” and erasing “all sense of identity”.

But while we shouldn’t be shocked over Dowden’s views on “cancel culture” – he said in his speech that the silencing of figures such as JK Rowling over their views on transgender people is “a dangerous form of decadence”, and called on conservatives in the US and the UK to “fight” woke up ideology and so safeguard freedom and democracy – we should be, because Dowden is expected to be in charge of writing his party’s election manifesto.

“Those are basic Conservative principles and I think you will see a return to those over the coming years from the government,” he said. If you get a shiver down your spine reading that from the party in power, you’re not alone.

The really scary thing is that Dowden’s comments cannot be taken in isolation. This all appears to be part of a prolonged campaign by the Tories to stoke the culture wars: just look at Priti Patel’s comments de ella on the “gesture politics” of taking the knee; or Gavin Williamson getting upset about a university college removing a portrait of the Queen, when nobody else was.

They seem hell-bent on doing this because it inflames their supporters who see them as the saviors of free speech. Scratch the surface, and it’s nothing of the sort. JK Rowling hasn’t been cancelled, she’s everywhere. Children aren’t really being taught to hate the Tories, despite Nadhim Zahawi’s fears. It’s a diversionary tactic and must be called out as such.

Plus, we’ve seen how this commitment to “fighting” for free speech really works: Boris Johnson’s “throwaway attack” on Keir Starmer over Jimmy Savile looks to have had a direct cause-and-effect trajectory to Starmer being swarmed by an angry mob. Both he (and Johnson) got away relatively lightly. But the next victim of racist, misogynistic, homophobic or transphobic violence in the street, so often the butt of these “harmless, un-woke” jokes, might not.

Hate crimes have risen in recent years, amid a surge in anti-LGBTQ and transgender attacks; women are still being raped and murdered, and racial attacks rocketed during Black Lives Matter protests, after a backlash from the far-right.

I’m proud that I was introduced as “very PC” (aka “woke”) at that dinner party. If it stopped just one person making a harmful comment? Good. Because words have consequences – and for every “off-colour joke” you tell, surrounded by those too shy, too nervous (or simply too prejudiced themselves) to disagree with you, that attitude gathers pace; earns the veneer of respectability; while in the real world, people suffer.

Psychological studies back this up: researchers have found that “disparagement humor” – the type of “lol” that delivers an explicit hostile or prejudiced message, at the same time as a second implicit message that “it doesn’t count” because “it’s just a joke” – can actually foster discrimination against targeted groups.

According to this report, men higher in hostile sexism against women reported greater tolerance of gender harassment in the workplace upon exposure to sexist versus neutral (nonsexist) jokes. Disturbingly, other researchers have found that men higher in hostile sexism expressed greater willingness to rape a woman upon exposure to sexist versus nonsexist humor. Another study found that off-color jokes promoted discrimination against Muslims and gay men.

We should all be more “woke”. People’s lives, quite literally, depend on it.