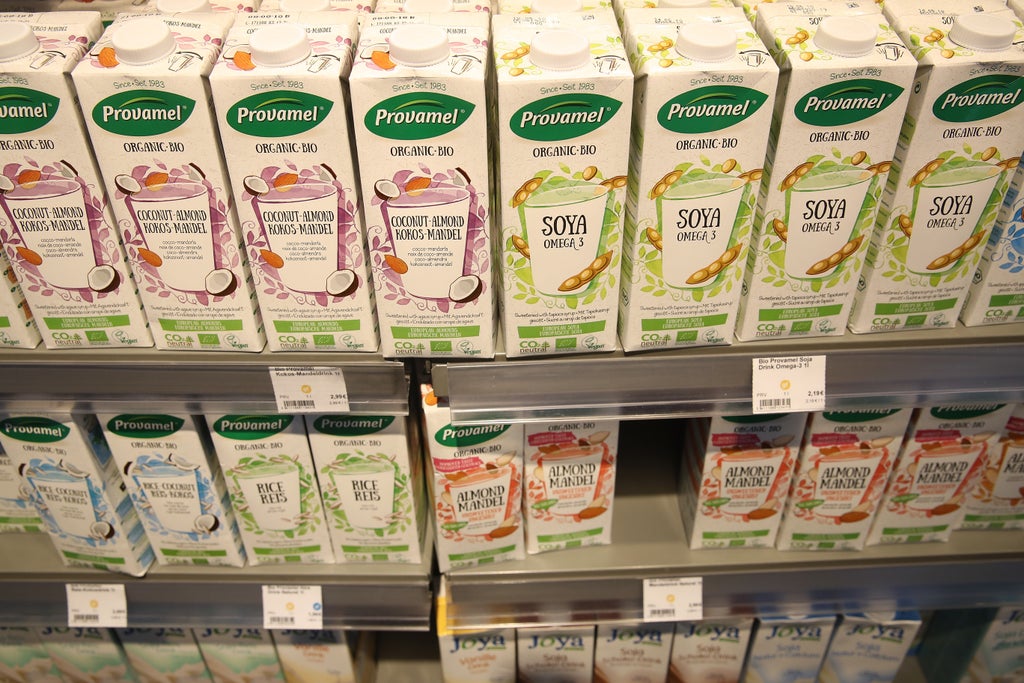 The dairy industry is scared and with good reason. More and more people are hearing about the hidden cruelty involved in dairy farming, and dairy-free alternatives are filling the shelves – healthier, often cheaper substitutes that don’t require cows to be killed. It’s not an abstract dilemma: it’s easy to pick up the alternative carton now, so that is what people are increasingly doing.

In last night’s Panorama, undercover footage showed dairy farmers kicking and hitting an injured cow, and striking it with a shovel. A worker violently pulled the tail of a fallen, exhausted cow. Then workers were shown using machinery to drag a terrified and stricken cow from one part of a farm to another, while the farmers stood and laughed.

Viewers were horrified by what they saw. “After watching Panorama tonight, I’m not buying cow’s milk again,” tweeted one. “I feel sick, it’s shocking,” wrote another.

There was a similar response when a separate documentary about dairy farms, cow, was previewed at the London Film Festival recently. The director said “people were crying, one person fainted, somebody was sick, somebody had a panic attack”.

Why would people have a panic attack over a cow being milked? To understand the horror, you have to step back and imagine the whole life of a cow born on a dairy farm. We’ll call her Princess.

At about a year old, Princess will likely be artificially inseminated in what some farmers call the “rape rack” – a narrow trap that holds her in place while it’s done. The semen they push into her will have been stolen from a similarly captive bull in another thick process.

If her pregnancy is successful, Princess will get to spend about a day with her calf. Like all mammals, their bond will be close and beautiful. But they’ll be quickly dragged apart – otherwise the calf will drink the milk the farmers want to steal and sell.

If the calf is male, he will not have a happy fate. The dairy industry will have no use for him and the disappointed farmer will either kill him on the spot or sell him on to a veal farmer, who’ll kill him within months. If Princess had a girl, she’ll be pushed into the same merciless cycle as her mother. In natural conditions, she could have lived to be about 25. In these exploitative conditions, she’ll probably last five.

When I was a vegetarian, I thought quitting dairy was a bit extreme or idealistic. I saw it as a philosophical thing because I wasn’t really thinking about what really happens. I started looking into the standard and “high welfare” dairy practices and quickly realized that these farms are crueller even than the meat industry.

Even the so-called Ethical Dairy company, which was given a glowing mention on Panorama, is misleadingly named in my opinion. The company admits on its website that “eventually the cows and the bull calves will enter the food chain for meat”. Or to put it another way, they’ll milk all they can out of the poor creatures first, and then they’ll be sent away to be killed. When did the bar for “ethical treatment” of animals get set so low? If a company like this is lauded as the ethical one then you know the whole industry is rotten.

Would you rather be shot and chucked away at birth on a standard dairy farm, or live a while on an “ethical” farm before being chopped up and eaten? What a choice!

Ethical farming of animals is a seductive fantasy. Panorama asked whether consumers would be willing to pay “a few extra pence on a liter of milk” if it made dairy farming less intensive and cruel. Who wouldn’t agree to that?

The inherent practices of the dairy industry are brutal and profit driven. Some farms are particularly bad and some are absolutely horrific, but it’s important to understand that maintaining a profitable dairy herd is itself an unethical pursuit. It’s not possible to sell ethical milk.