Skip to content
Home News “There is an open bar to kill Bale, but he is allowed”, the other controversial Real Madrid player | Sports Carousel 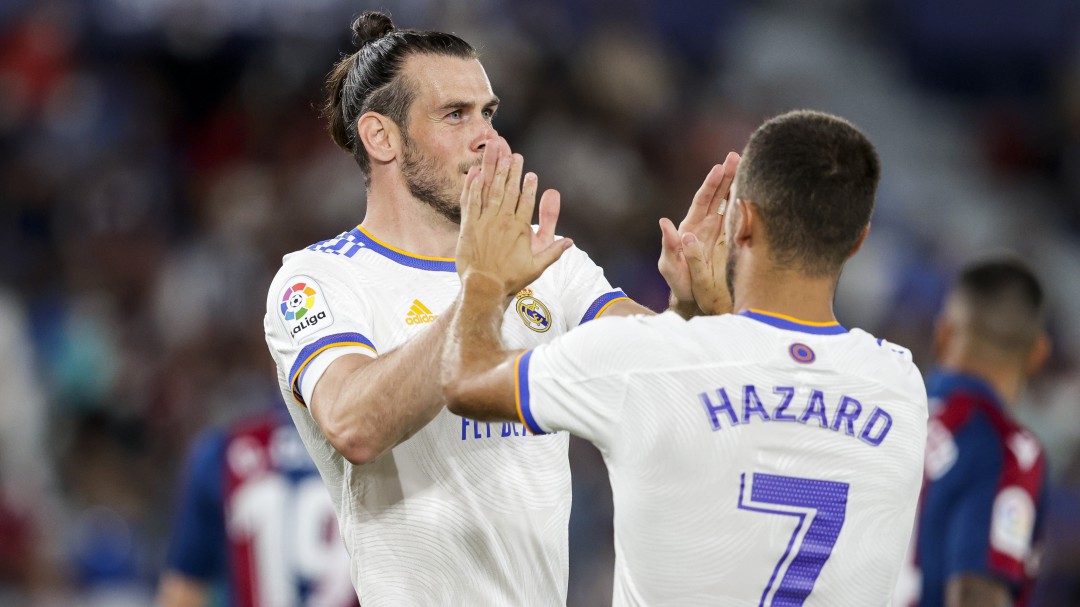 Isco’s anger with Ancelotti, Real Madrid’s victory that gave him the lead in the standings against Granada, Xavi’s debut and competitiveness in the League were some of the issues that the Sanhedrin de Carrusel Deportivo analyzed.

Isco had a tense moment with Ancelotti during the game against Granada. As reported by Javier Herráez in Carrusel Deportivo, the player was visibly angry when Ancelotti sent him to warm up with Camavinga and Jovic. However, he came out to play later than his teammates. To show his anger, the Malaga player sat on the bench.

Antón Meana: “I think the images are going to leave Isco portrayed once more. There is an open bar to kill Bale and Isco’s behavior, which has been intolerable for a long time, is allowed to him. Isco will forgive him because he is Spanish. In any club in the world, isco would have been fired for that. ”

Javier Herráez “Isco has made a mistake, it is clear. But from there to kill him …”.

Antonio Romero: “I think Isco has been killing himself for a long time. What he did today is intolerable and Ancelotti shows once again that he has the tailored suit as Real Madrid coach.”

“To justify Bale’s attitudes it is not necessary to put Isco in. What Ancelotti does is put out the fire and he does it well. Isco is already an anecdote at Real Madrid”

Julio Pulido: “The first one to make a mistake is Ancelotti. You cannot take a player out because he will get angry if he waits on the bench or warming up. The solution cannot be to take him out so as not to piss him off: he is a very bad example for the rest of the teammates Now, whoever wants to play will do that. “

Talavera: “Who is Isco to demand to leave for a certain time?”

Mario Torrejón: “Bale is killed because he does not answer on Twitter, because you are not going to cross him, because he is in another team … But like Isco you can cross him, it is not done.”

“He is an impeccable professional: he is not known for a party, a drunkenness … He has had injuries, which are a disgrace. If the things that Isco does are done by Bale, you would treat him differently.”

Madrid, leader of the classification

Real Madrid was once again the leader of the standings thanks to the victory against Granada.

Gallego: “I think they have very good news: Vinicius has been the most unbalancing player for many years in this Real Madrid. Today he has dosed behind in defense and that will have to be done in midfield for the future of this season. Without being a team of 10, they are getting into very good dynamics “

“It is very good that Ancelotti praises Modric, Kroos and Casemiro. We all know what they are, he will not discover them. But if he has come to put all the games on them, let him lower his salary.”

The most even league

Ten points separate Real Madrid, first, from FC Barcelona. The culé team has 20 points and is ahead of Betis, Atlético, Sevilla, Real Sociedad and Real Madrid.

Jesús Gallego: “Madrid and Barça have done things badly: with the salaries of Bale and Hazard and Umtiti and Coutinho you can pay an entire mid-table squad”.

Antonio Romero: “Before the premier was very entertaining because anyone could take the title from everyone, but when it happens in LaLiga we don’t like it. And at Real Madrid there is no lack of money to sign: for Mbappé he offered a lot, but his club did not want money”.