Skip to content
Home News The year starts with a small brake on infections in Galicia, Aragon, Extremadura and La Rioja 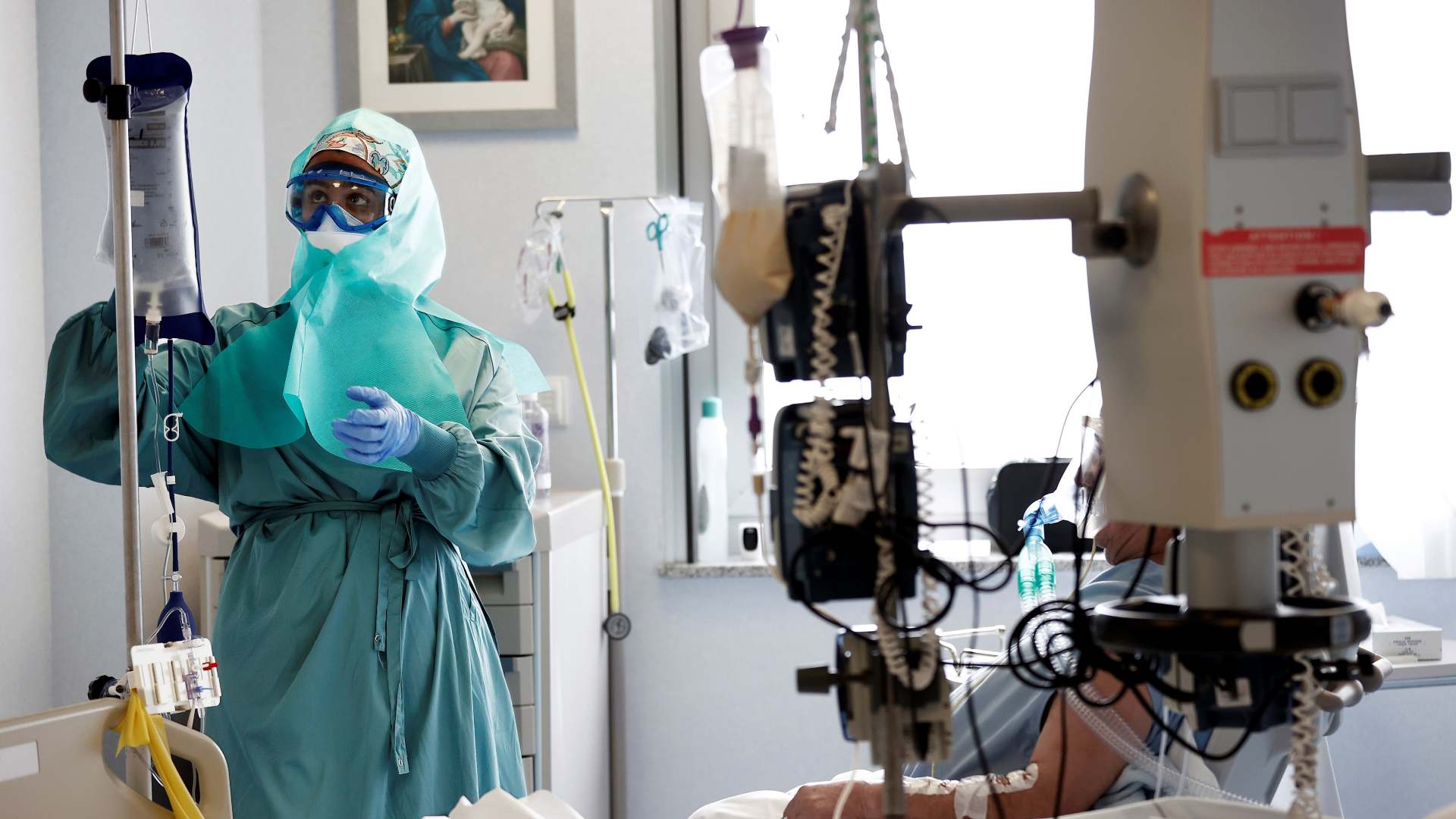 Infections and active cases of coronavirus have decreased slightly in Galicia, Aragon, Navarra, Extremadura and La Rioja, although the expansion of the sixth wave of the pandemic continues, after a good part of the communities said goodbye to the year with record numbers of positives.

Although Catalonia is still immersed in the spread of the virus, with 22,200 new infections of COVID in the last 24 hours, his hospital admissions have decreased, with 20 fewer hospitalized than the day before.

The data updated this Saturday by the Catalan Health Department indicate 1,592 hospitalized for COVID, a score less than the day before, of which 433 are in the ICU, in this case five more.

The Catalan is one of the few communities that has published updated data on this day. Thus, in the absence of complete data, it can only be said as a novelty that in some regions there has been a small brake in the galloping advance of contagions.

So the last day of the year It has been settled in Navarra with two deceased people, 15 hospital admissions, two of them in the ICU, and 3,350 new cases, with a positivity rate of 43.1%.

But, according to data from the Provincial Government, there has been a slight decrease compared to the 3,791 cases on Thursday and much more significant in relation to the 4,476 of Wednesday, which set the record for positives for the entire pandemic.

Likewise, active cases of COVID-19 have decreased this Saturday to 6,321 in La Rioja, which is 189 less than yesterday. Until Monday, figures of income, deaths or incidence will not be given since the Riojan Executive will only report on the active cases of each day.

Extremadura is another of the regions that has started the new year with a significant decrease in new positivesIn the last 24 hours, 2,142 new cases have been registered compared to 3,567 with which it was finished last year.

Specifically, there are 1,425 fewer cases than this Saturday, according to data from the Extremadura Health Service (SES). Of the 2,142 new cases corresponding to the last 24 hours, 312 have been reported in Cáceres, 292 in Badajoz, 66 in Mérida, 64 in Almendralejo, 63 in Plasencia.

Galicia registered this Saturday, for the first time this week, a slight decrease in the number of infections, 5,252 compared to almost 5,800 on Thursday, while the number of active cases continues to rise, to 45,973, and there are thirteen patients in hospitals.

The community ended the year with 333 admitted patients, of which 50 are in ICU, the same as the day before, and there are 283 on the floor, thirteen more.

The reduction of infections comes after a week with the figures soaring, after practically 3,500 were produced on Monday, almost more than a thousand than on Sunday.

The context, if anything, is clear: the omicron variant continues to drive the sixth wave to record records of infections and there are already 115,706 positives accumulated in the last 7 days, an average of 16,500 daily diagnoses and more than double that of the previous week.

The Murcian community registered on New Year’s Eve the fourth highest number of daily infections since the start of the pandemic2,765 cases, in a day in which three people died. As it is a holiday, the regional government does not update the income or the accumulated incidence per 100,000 inhabitants.

On the last day of the year, The Balearic Islands have added 1,518 new cases, with a cumulative incidence in 14 days of 1,551 cases per 100,000 inhabitants, the Ministry of Health reported today.

Incidence continues to skyrocket in the autonomous city of Ceuta, as it continues to exceed 120 daily cases and the hospital pressure has worsened with a new admission, which places the figure at thirteen, of which three are in the ICU.

In the last 24 hours, 126 new positives have been registered and the city remains at a very high risk of transmission in 14 days with 1,402.58 cases per 100,000 inhabitants, compared to 1,340.82 yesterday, points out the Ministry of Health of Ceuta and the National Institute of Health Management (Ingesa).

The year has said goodbye on a New Year’s Eve night in which there have been no great or numerous imprudences, neither in general nor in terms of prevention of contagion.

The celebration has been faced with great disparity in the restrictive policies of the different communitiess autonomous: eight have held it without restrictions, while the rest have limited hours and capacity, mobility and nightlife.

In Asturias, nightlife has closed, and Cantabria, Catalonia, Murcia, La Rioja, Navarra and the Basque Country have greatly limited their hours.

But even where street gatherings have been allowed, for example at Madrid’s Puerta del Sol, the night has been quiet. The Madrid square reached the maximum capacity allowed -7,000 people, compared to 18,000 other years- and was closed at 11:15 p.m.