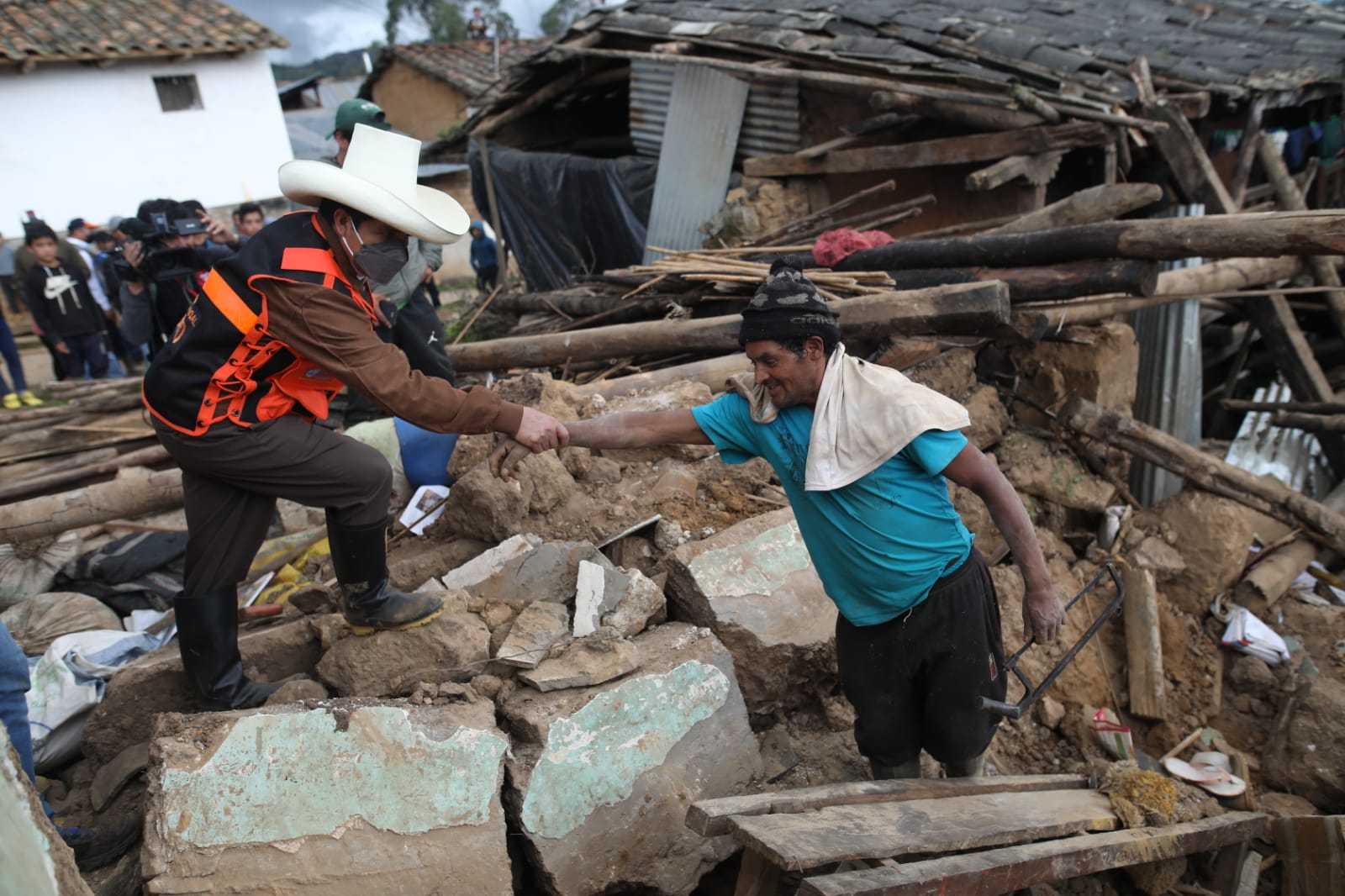 In the year of the Bicentennial, many Peruvians did not expect much from our politicians, we are used to their usual battles for insignificance, but at least some gesture of concord would have been worth it when we completed two hundred years of independence, something like those fragile family truces that arrive in weddings or on Christmas Eve. In Peru of the Bicentennial it seems impossible to recreate that verse of Vallejo in which he imagines us “on the edge of an eternal morning, everyone having breakfast.” Although we have managed to successfully complete the 2021 elections where, beyond unfounded outbursts of fraud, we managed to give continuity to the Peruvian democracy that survives the collapse of the political parties; It is no less true that the outcome of the general elections is increasingly precarious. As the beloved Carlos Iván Degregori once recalled – when asked in an interview about the outcome of the elections in the post-Fujimori era -: “The lesser evil is growing.”

We were coming off a catastrophic 2020. We survived the worst health crisis in our history, witnessing the petty betrayal of the highest authorities who, led by former President Martín Vizcarra, dishonorably skipped the vaccination queue. We also suffered a power brawl when the circumstantial government of Manuel Merino emerged, with whom we dangerously brushed against the popular overflow caused by the blindness of a gang of fools who knew perfectly well that they did not enjoy the public favor, but who became infatuated by climbing to the power of the that were quickly dismantled by hundreds of thousands of citizens, the vast majority of them young, who took to the streets throughout Peru.

According to the indicators of the John Hopkins University, we were the country with the most deaths per million inhabitants that the pandemic had registered. But not even that chilling statistic moved our politicians who, responding to the calls of their precarious, small but noisy tribes, continued to clash in a dispute over petty quotas. Given the hundreds of thousands of deaths, our politicians fit the claim of another verse by César Vallejo: “Today no one has come to visit me, no one, forgive me, Lord, how little I have died “.

At the end of 2020, the Government fell into the hands of Francisco Sagasti, who received a country in intensive care. Without vaccines and in the midst of a massive economic crisis, Peru faced a bleak near future. The government was able to direct the supply of vaccines and for a few months we turned down the volume of political noise. George Forsyth led the polls in January 2021, he was a liar pointer because the pandemic had only increased the fertile ground of the anti-system vote that always ends up appearing from southern Peru. That vote that the establishment only remembers every 5 years. The political center was unable to build a popular political platform and its most fierce disputes were held in the multiverse Twitter.

President Pedro Castillo went to the second round and Keiko Fujimori lost a second round for the third time in a row (a true record that they have both for perseverance and stubbornness). Castillo emerged with a thunderous message that became especially significant in the most backward regions of Peru. It was the same message that Ollanta Humala had already delivered in 2006 and 2011 and whom the left accused of being a traitor. Castillo tried to build a populist electoral pocket at the hands of Peruvians who felt like losers with the reforms that had been installed in the programmatic consensus since the 1990s. But, in campaign, President Castillo began to launch advance messages that would reflect the precariousness with which he would govern, as he lost the wide advantage that separated him from Keiko Fujimori due to puzzling errors. The Castle that took more than three hours to swear in his Cabinet because he needed ministers is the same one that improvised and postponed the presentations of his technical team as a candidate. Later, he would recognize his party (Peru Libre), who never imagined winning the election. Completely plausible.

What is left of the populist politician to President Castillo? It has been unable to build popular capital to confront those who “ruled against the interests of the people,” which is the least a populist politician can aspire to. It has been incompetent to maintain close communication with the citizens, with the people. He has not given a single interview, which, in principle, any political adviser would advise him knowing the weaknesses of the president. However, that has made him the antithesis of the populist: a political archetype far removed from the citizenry that governs from the desk (or from Breña’s house).

Castillo is increasingly moving away from the populist politicians who monopolize even the television signal as Andrés Manuel López Obrador does in Mexico, and to whom Castillo has turned for advice as AMLO himself has confessed. The Mexican president has promised to help him, as a good welcoming father, from the coup attempts. Perhaps in these consultancies they can exchange successful experiences on the sale of a presidential plane and, if not, at least they will end up exchanging planes.

President Castillo is unpopular, but not precisely because of his leftist radicalism, but because he is increasingly involved in corruption investigations, improper appointments and setbacks in vital reforms such as the university one. It is unpopular for becoming more and more like the governments it so denounced. Compadrazgos, distribution of favors and quotas of power, almost all the capital sins committed by the right wing, only now they are not committed by felipillos or the men of Castile.

What seems like a plane that does not want to take off is the Peruvian progressive left led by Verónika Mendoza, who has been congratulating the election of Gabriel Boric in Chile for days, perhaps the mirror in which they look at themselves with greater aspiration. But in Chile, the progressive left not only won the elections, but did not betray any of its progressive programmatic agendas and, on the contrary, reaffirmed them in the midst of a political process that cracked historical fractures and that can initiate an authentic transition towards more reforms. ambitious.

But, can you imagine the shameful ridicule that it would mean for the Chilean left if Gabriel Boric mounts Venezuelan immigrants on the presidential plane to deport them unsuccessfully, as the Pedro Castillo government tried to do a few days ago? Immigrants being deported at Christmas, what a brilliant strategy! Let’s do it on a date close to the commemoration of the birth of an alien baby in someone else’s manger. What has the Peruvian progressive left said about this? Nothing, as in so many other times in these months. By silencing the criticism of these inexcusable measures by President Castillo, the progressive left is building a path of inexcusable political capitulations that make it increasingly inconsistent. Is that the New Peru you want to build?

But 2021 also allowed us to know the madness to which a good part of the Peruvian right has been led, being lectured by the prophets of the absurd, who invented theories of electoral fraud from which many of our most admired feathers stung. They lectured the most prestigious law firms in Lima who lent their services to erase hundreds of thousands of citizens from the electoral map. There was a time when the right wanted to win the populous electoral pockets to show the left that it could dispute those rural and marginal votes. That myopia has stubbornly thrown them into conspiracy theories and the Sao Paulo Forum’s culpability for all their ills. Even Keiko Fujimori has made official ties with VOX in a rather tragicomic dispute over who is more radical with Rafael López Aliaga. 2021 has also been the year of the emergence of the most radical wing of the Peruvian right that has expressed itself by persecuting dissidents, harassing politicians and magistrates while posing proudly armed with spears, helmets and flags with the Burgundy cross.

Fortunately, the commemorations of the Bicentennial will last until 2024, when we will recall the two hundred years of the battles of Ayacucho and Junín, which put an end to colonial rule in Latin America, which will give the government and the opposition more time to lead a civil dialogue. fruitful. And if, finally, each time the lesser evil ends up being worse, as Carlos Iván Degregori recalled, hopefully we will be able to channel citizen frustration in critical reviews of our project as a country, as the Centennial generation did at the time: Vallejo , Porras, Haya De La Torre, Mariátegui and Luis Alberto Sánchez, whose debates allowed to give political substance and ideas to Peru in the 20th century.