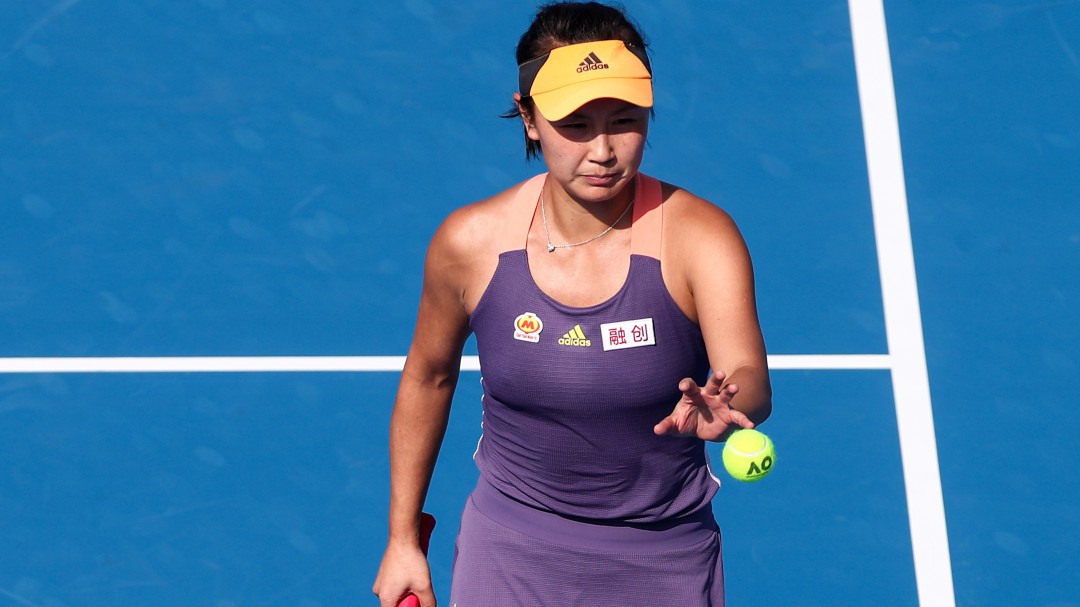 The Women’s Tennis Association (WTA) is fighting to withdraw from China if the disappearance of Peng Shuai tennis is not fully and adequately investigated, said the head of that organization Steve Simon, in statements to CNN. Simon stressed, regarding the case of the Chinese tennis player, that “women must be respected and not censored.”

The UN also said it wants to know where the Chinese tennis champion Peng Shuai is. “We emphasize that it is important to know where he is and what his health status is,” said the spokeswoman for the UN Human Rights Office, Liz Throssell, when asked about this case. Throssell noted that in addition to Peng reappearing, it will be important to “investigate his allegations.”

Other authorized voices of the sport, such as Naomi Osaka, Serena Williams or Gerard Piqué have also spoken about it, demanding to know where the Chinese tennis player is.

Concern for the Chinese tennis player Peng grows internationally after having been “disappeared” for two weeks after accusing a former high-ranking official of her country of sexual abuse, despite the fact that the state press in Beijing has released a letter attributed to the athlete in which he assures that he is “fine”.

Simon explained in the interview that the WTA is willing to lose its business in China, which represents “hundreds of millions of dollars” if they do not fully and adequately explain how Peng Shuai is doing. “We are definitely willing to withdraw our business (from China) and deal with all the complications that this entails,” Simon told the international television network, pointing out that this event is more serious and greater than the economic interest itself.

Will Ripley, the Hong Kong-based CNN correspondent in China, denounced after the broadcast of the interview the blocking of the television network signal by the authorities. “China has now blocked CNN’s broadcast signal to prevent further reports on Peng,” the correspondent said, according to its network.

Peng, who is one of China’s most recognizable sports stars, has not been seen in public since she accused Zhang Gaoli, who was vice president between 2012 and 2017, of forcing her to have sex at home, according to screenshots. from a social media post that were removed.

Simon said the WTA had been in talks with the Chinese Tennis Association, which had given him assurances that Peng was unharmed in Beijing. However, attempts to communicate directly with the tennis player have been unsuccessful. “We have communicated with her through all phone numbers and email addresses, and we have even used other forms of contact,” added the WTA official. “Despite the many possibilities that exist in the digital world to contact people, to date we have not yet been able to get an answer” from the tennis player, she complained.

Earlier this week, Chinese state media published an email, allegedly written by Peng and sent to Simon, denying the allegations and stating that he was fine. “I am not missing. The allegations of sexual abuse are not true. I am resting at home and I am fine,” says the letter to Simon, who did not give credence to Peng who wrote those lines.

Simon then emphasized that Peng had shown “great courage in reporting” the sexual assault and that both the WTA and the rest of the world need “verifiable proof” that she is safe. The alleged email was also published only on English-language platforms and its content has not been reported by national Chinese media, despite the fact that Peng is a well-known character in China, says CNN.

The Peng case dates back to November 2, when the player, 35, and number 189 in the world, reported the alleged violation of Zhang, 75, through her profile on the Weibo social network. “You took me to your house and forced me,” Peng said in his post, which volatilized about twenty minutes after its publication. In the entry, Peng explained that he did have an extramarital affair with Zhang – according to his account, the politician’s wife knew it – but that he stopped contacting her once he began to climb positions within the Communist Party of China (CCP). Three years ago, the tennis player said, with Zhang already retired, he returned to his life and invited her to his house where he allegedly raped her: “Why did you have to come back and force me to have sex with you? That day I did not consent,” he said. . Since the complaint was filed, the athlete has been missing.

Tony Brooks: Formula One legend who just missed out on the top prize