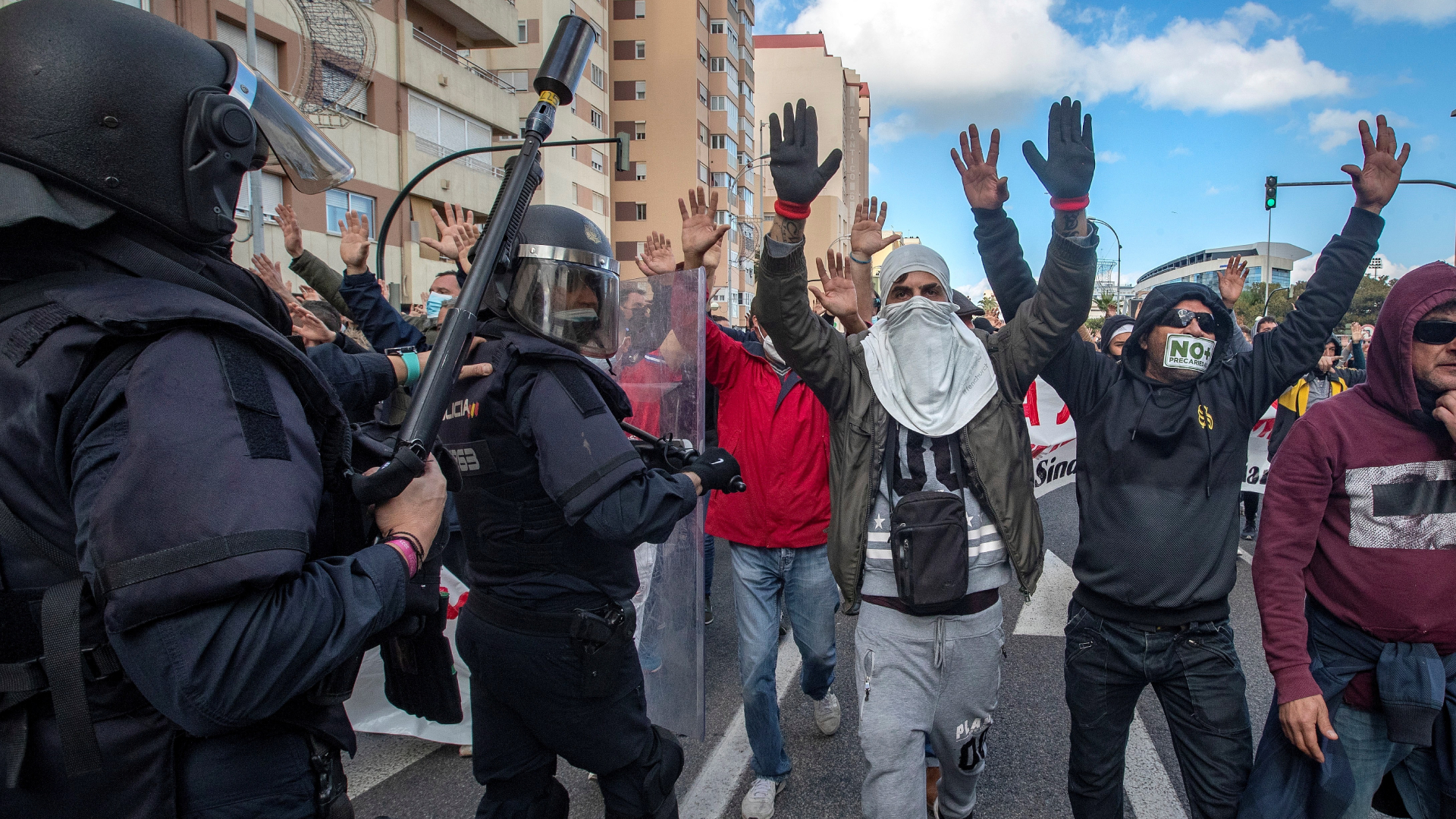 Workers in the metal sector in Cádiz vote at noon in various assemblies on the preliminary agreement reached with the Femca employer on the provincial collective agreement. The unions UGT and CC.OO. they have suspended the indefinite strike that started on November 16.

However, the CGT has not called off the work stoppages because it considers that the pact leaves out the eventual hired. Thus, this union central has called rallies in front of the union headquarters to explain the terms of the agreement. In his opinion, it is a “crumb agreement” for which they call to maintain the mobilizations for two more days.

The strike ended tonight with the support of the unions and the workers have started returning to their jobs with some normality, although during the morning in several factories there have been concentrations of workers and a lot of police presence.

The preliminary agreement contemplates in its first point that the agreement will be valid for three years, from January 1, 2021 to December 31, 2023, of which a “ultra-activity extended for two years from maturity”.

In its second point, the constitution of a commission for “the control and monitoring of this agreement and the vigilance of the questions referring to the eventuality and in particular to the time control, the overtime and the payment of the arrears ”.

This commission will meet every three months and will be made up of eight people, four for the business part and four for the social, two from UGT and two from CC.OO, with an invitation to the representatives of the Labor Inspection, the Employment Department, Social Security and the State Public Employment Service to participate.

They have agreed to start the negotiating process for the next collective agreement in September 2022 and change the name of the agreement to the “metal industry of the province of Cádiz”.

Salary increases of more than 2% per year

The key point is the fifth where salary increases are set, so that in 2021 a 2% increase, retroactive from January 1, so that the arrears will be paid between November and December of this year.

It also specifies that “once the real CPI for 2021 is known, if it exceeds 2% the salary tables will be updated with 80% of the difference between the mentioned real CPI and 2%, without this update generating arrears for 2021 ”.

By 2022 a turn up 2% and “once the real CPI for 2022 is known, if it exceeds 2%, the salary tables will be updated with 80% of the difference between the mentioned real CPI and 2%”And it also specifies that the resulting amount will be applied in the month that the real CPI of 2022 is known with retroactive to January 1 of that year.

The preliminary agreement ends by saying that if there is any difference between the real CPI with respect to the increases applied in total, This difference will be increased in the salary tables on January 1, 2024, as the basis of the following agreement, without generating arrears.

See also  Sondheim, the king of musicals and the great composer of our time, dies | Culture

Regarding temporary personnel, the document indicates that “the companies will try to pay the guaranteed 2% on account from the month of January of each year and in any case always at the termination or settlement of your contract without having to wait for the end of the calendar year ”.