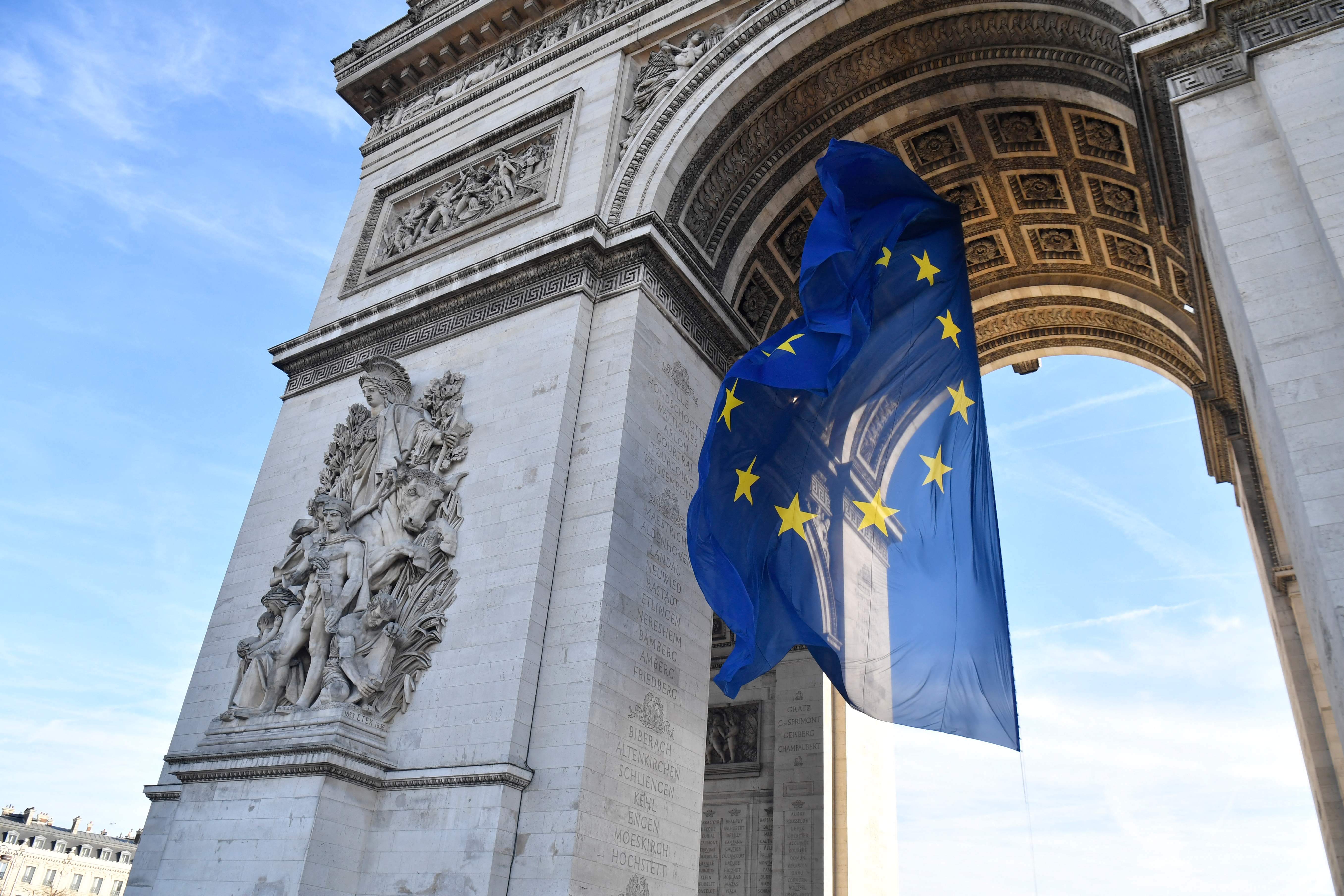 The European flag has stopped flying at the Arc de Triomphe in Paris, but the controversy has not dissipated with the withdrawal, this Sunday, of the symbol with which the Government of Emmanuel Macron sought to mark the beginning of the French presidency of the EU with the arrival of 2022. What was intended to be an exaltation of the values ​​that unite the Twenty-seven, which will be under French leadership for the next six months, quickly became a symbol of the political division of a France already immersed in the campaign of the April presidential elections, and after candidates from across the spectrum on the right, from the moderate Valérie Pécresse to the ultras Marine Le Pen and Éric Zemmour, criticized the gesture as a “betrayal” of national values.

Despite the denials of the Government, which accused the opposition of playing the game of the extreme right, on Sunday the blue and starry flag no longer hung under the arch of the monument erected by Napoleon in 1806 to commemorate the victories of the French Army under adding up.

The controversy began on Friday, hours before the arrival of the new year and with it the beginning of the French presidency of the EU, when the EU flag was raised under the Arc de Triomphe, where the French tricolor traditionally flies during events national commemorations. Quickly, the leader of the National Regrouping, Marine Le Pen, declared herself “outraged” by a “provocation that offends those who fought for France” and demanded that Macron “immediately reestablish” the Gallic flag. His claim gained strength on Saturday, when he announced his intention to denounce this “attack on the French identity” before the Council of State, the highest court in France in administrative matters. With that gesture, Macron “has once again betrayed the duties of his office and once again shows his arrogant contempt for our history,” he insisted.

See also  'Jack Dromey was a Brummie, through and through' House of Commons pays tribute to former MP

The other right-wing candidates did not hesitate to stir up the controversy. “The Arc de Triomphe under Macron: after the looting and packaging, the outrage”, another ultra candidate, Éric Zemmour, also tweeted in reference to the serious damage that the national monument suffered during the yellow vest protests at the end of 2018 and the temporary project of wrapping the Arch last September, a celebrated but as always controversial posthumous project by the Bulgarian artist Christo, who in his lifetime covered other icons such as the Reichstag in Berlin.

The dispute rose a few degrees more when the denunciations of the extreme right were joined by that of the Republican candidate, Valérie Pécresse. “Preside over Europe yes, erase the French identity no!” Tweeted what many analysts consider the most dangerous rival for Macron, who, although he has not yet declared his candidacy, is expected to seek his re-election in April. “I solemnly demand Emmanuel Macron to restore our tricolor flag next to that of Europe under the Arc de Triomphe. We owe it to all our fighters who shed their blood for her, “added the conservative candidate.

On Saturday, the French Secretary of State for European Affairs, Clément Beaune, accused the right of “running desperately after the sterile polemics of the extreme right” and assured that it is only a “symbolic and temporary installation that accompanies the 1 of January and the start of the French presidency of the EU ”.

“The French flag will obviously be reinstalled (…) the device has been created for a few days, with the illuminations” of multiple national monuments that since the night of the 31st look blue, among others the Eiffel Tower or the Pantheon, he insisted. It is the same lighting, he recalled, that was chosen by the last French president to lead the EU, the conservative Nicolas Sarkozy in 2008.

However, the Arc de Triomphe woke up this Sunday without any flag, which was quickly celebrated by Le Pen as a “beautiful patriotic victory”, while Zemmour retweeted with a “bravo” some photos of young ultra followers posing before the monument with French flags.

In statements sent to the Agence France Presse, the Elysee assured that “the European flag was withdrawn during the night, according to the scheduled schedule.” For his part, Beaune rejected on the France Inter station that the Government has “backtracked” and assured that “he does not need any lesson in patriotism from Le Pen, Zemmour or Pécresse, which is becoming a photocopier of the extreme right” . Shortly afterwards, in a tweet in which he replaced a photo of the European flag under the Arc de Triomphe, Beaune added another message for critical politicians: “You can be sure that in the next few days, everywhere in France , as planned, the European blue will illuminate our cities and our monuments ”.