Skip to content
Home News The weather: The storm subsides in the north after causing floods in Asturias and Cantabria | Spain 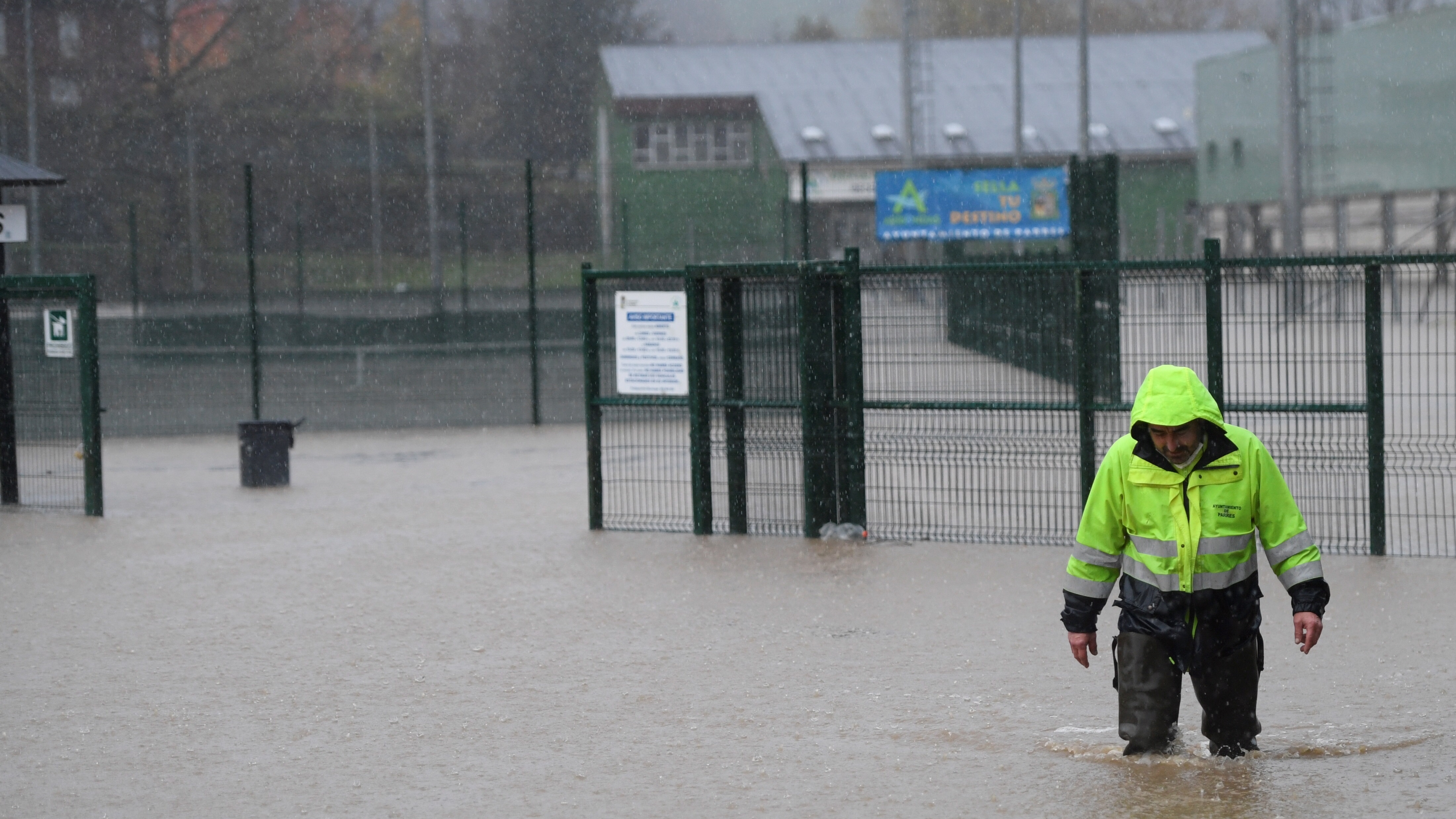 The intense rainfall that the storm that has swept the north of the peninsula left this Wednesday on the Cantabrian coast has begun to subside. The Principality of Asturias, where there have been numerous floods and the Arriondas council hospital has been evacuated, has decreed a level 0 alert for possible localized floods. The most affected area has been the east of the Principality, where rainfall of more than 100 liters per square meter has been collected throughout the day, as well as several points in the west of Cantabria. These rains have caused several rivers to overflow.

The excessive increase in the flow of the Sella and the Piloña in Arriondas caused 26 people admitted to the town’s hospital center to be discharged early and another 29 were referred to other health facilities. The ambulances transferred 15 of them to Valle del Nalón de Langreo hospital, 11 to San Agustín de Avilés, two to Álvarez Buylla de Mieres and one to Cabueñes de Gijón. The president of Asturias, Adrián Barbón (PSOE), who went to this area affected by water, has admitted the inadequate location of the Arriondas hospital, which has suffered three episodes of these characteristics in the last 11 years, the previous one in 2019. The leader has assured that when this land was built it was not classified as “floodable”, while lamenting the “present situation” in the face of torrential rains and highlighted the investment of 17 million euros committed between the central and regional governments to undertake improvements. To the evacuees from that medical center are added the almost 600 people that are added by the students and staff of the Río Sella public school and the El Sueve institute, also evicted.

The Emergency Service of the Principality of Asturias (SEPA) registered 53 road closures on Wednesday, 34 floods in the road network, 20 floods and eight overflowing rivers. The storms also caused rail traffic between Piloña and Llanes to be cut off.

This Thursday morning, the Minister of the Presidency, Rita Clambor, has reduced the regional flood plan to a “situation 0” given the “weather forecasts and the evolution of the levels” of the riverbeds. This scale indicates that there may be “localized” floods that can be addressed “through the means and resources available in the area”, since in this and the next few days the Principality will continue to receive heavy rains.

Despite these signs of improvement, the town of Arriondas will maintain a mobile advanced command post for the emergency service and firefighters.

The SEPA has also communicated that during Wednesday the 112 telephone received 21% more calls than on other days. Two of the most unusual interventions by rescue workers consisted of canoeing assistance to two people, one in Cangas de Onís and the other in Parres, who were cut off by the floods. None required health care and were cared for by relatives after their rescue.

See also  Guy Wesley Reffitt: Everything we know about the first Jan 6 trial

The western sector of Cantabria was the main affected by the storm, especially by the damage on Wednesday. The situation has relaxed in this day of Thursday, with the rivers already in conventional levels in these autumn times, but it left moments of tension in the surroundings of the Saja, the Nansa and the Deva.

The most critical point was recorded late in the afternoon on Wednesday, when the high tides coincided with the large amounts of water that flowed through the river channels and flooded some parts of Unquera, Molleda and Virgen de la Peña, where some neighbors took advantage to launch boats through the streets of the towns. The 112 Cantabrian has reported 22 interventions, because of 46 calls caused by the rain, between seven in the morning and seven in the afternoon. The coastline, the center and the valleys of Liébana and Villaverde were on yellow alert until late at night. “Quiet night”, has reported this service in the morning of this Thursday. Spokesmen for the regional emergency system speak of “normality” and point out that the pre-emergency level is preserved with several follow-ups until this Thursday afternoon it is assessed whether it is deactivated or waits until Friday.

The interior has also been affected by rainfall, as the populations of the Cantabrian Mountains have had to endure several hours of rain without respite. This is the case of Cabezón de la Sal, Torrelavega or Reinosa, which suffered its most serious floods two years ago. Both then and now it was denounced that the river beds are not cared for and, therefore, accumulate waste or fallen tree trunks that cause plugs, rafts or floods if there are intense storms. Also some localities in the north of Castilla y León have suffered persistent rainfall.