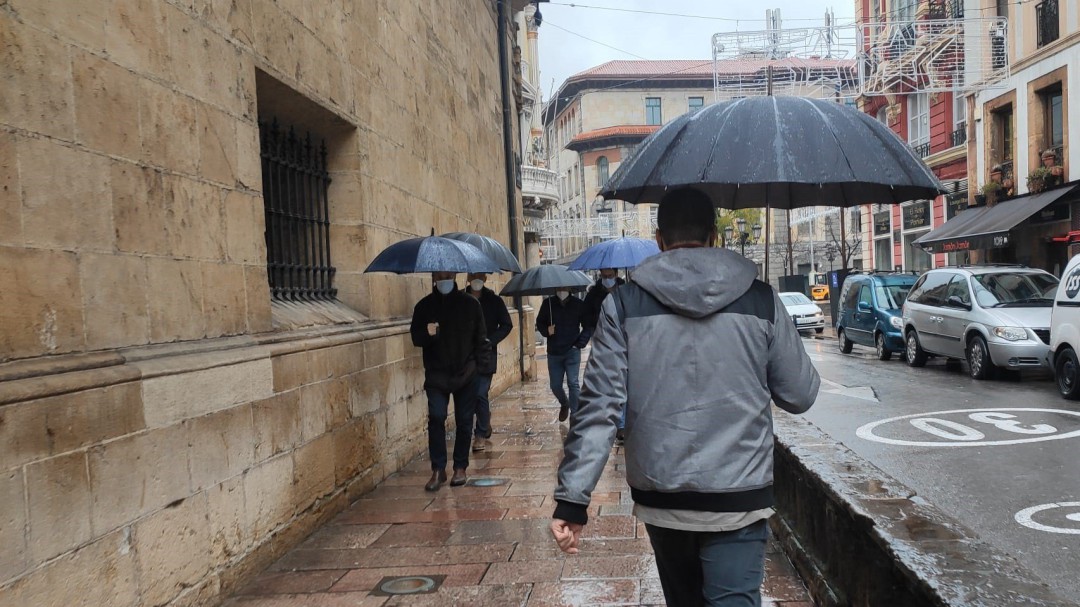 The high pressures that have dominated Western Europe, which have kept the skies sunny or foggy in recent weeks, will retreat to the east and frontal systems will begin to arrive due to Atlantic storms, which will leave rains from west to east, as predicted by the State Meteorological Agency (AEMET), which indicates that they will affect a large part of the country on Christmas Eve and Christmas.

Finally it rains in the Guadalquivir basin

The AEMET spokesperson, Rubén del Campo, has specified that throughout the week in northern Galicia, western Extremadura, southern Castilla y León and western Andalusia, they may accumulate throughout the week between 50 and 100 liters per square meter and “even more” in the west of the Galician community, southwest of Castilla y León, north of Extremadura and areas of western Andalusia, especially in the surroundings of the Strait.

As for temperatures, the spokesperson has indicated that they will rise until Wednesday to a “temperate environment” for the time of year and that the snow level will be very high.

On Tuesday the rains will intensify, which will have already started this Monday and may be locally strong in the province of Huelva and in the north of Cáceres and may even be accompanied by a storm. On Tuesday it will also rain in Galicia, western Castilla y León, Extremadura and western and central Andalusia. Nor does it rule out the rains in the Cantabrian Sea.

In the rest of the Peninsula and the Balearic Islands the skies will be slightly cloudy on Monday and on Tuesday it will become cloudy, but it will not rain but in the Ebro basin the banks of fog and low temperatures will continue. In Pamplona, ​​Logroño, Huesca or Zaragoza they will not go above 5 to 7 degrees Celsius on Monday, but as of Tuesday the fogs will dissipate and temperatures will recover.

That day the environment will be temperate, with more than 20ºC in the Guadalquivir and in the Mediterranean area, while in the Cantabrian communities it will be around 18 to 20ºC. In much of the interior the thermometers will be between 12 and 18 degrees Celsius.

This Wednesday, December 22, humid Atlantic air will arrive and especially it will rain in the south of Galicia, in the west and in the south of Castilla y León, in Extremadura and in the west of Andalusia, although the rainfall will spread throughout of the day and will reach large areas of the Peninsula except the Mediterranean coast.

On Thursday the situation will be similar, since a new front will arrive that will leave rainfall in the western half and the center of the Peninsula. That day, the most abundant are expected in Galicia, north of Extremadura, south of Ávila and Salamanca and west of Andalusia.

The spokesman sees possible that on Thursday 23 temperatures will rise again in the north but will drop in the south and the night will be mild and with hardly any frosts on Wednesday or Thursday.

“The environment will be very mild for the time of year in much of the country and both day and night temperatures will be between 4 and 7ºC above normal values ​​for these dates in large areas,” he says.

This is how Christmas Eve will be

Regarding Christmas Eve, Del Campo hopes that new frontal systems will arrive associated with Atlantic storms that will generalize rainfall in the Peninsula.

“Rainy day on Christmas Eve in most of the country, especially in western Galicia, northern Extremadura, southern Castilla y León and western Andalusia. It will not rain or if it does, it will be very weak on the Mediterranean coast of Catalonia of the Valencian Community of the Region of Murcia and it will not do it in the Balearic Islands either “, summarizes the spokesman.

As for Christmas Day, he said that it will also be a rainy day due to the passage of Atlantic storms on Saturday, Sunday and the first days of the following week. The most abundant rainfall will especially affect the western half of the Peninsula at points in the center and the regions close to the Mediterranean and the Balearic Islands will still not reach or will be less likely to be affected.

Temperatures can drop on Friday and Saturday and snowfall will reappear in the mountains from about 1,000 to 1,500 meters. The humid and temperate winds will blow from the west and from the southwest in a good part of the Peninsula and the Balearic Islands.

Finally, as for the Canary Islands, the storms will also leave rains from this Monday and on Tuesday they may be strong in points of La Palma, El Hierro and La Gomera, where 15 to 20 liters per square meter can be accumulated in an hour. This beginning of the week they will have gusts of wind of more than 90 kilometers per hour on the peaks.

On Wednesday in the Canary Islands weak showers can be registered and on Thursday slightly cloudy skies will predominate. On Christmas Eve the highest probability of rainfall will be on La Palma but later, at Christmas days with an anticyclonic atmosphere are expected, with generally slightly cloudy skies, light winds and pleasant temperatures.