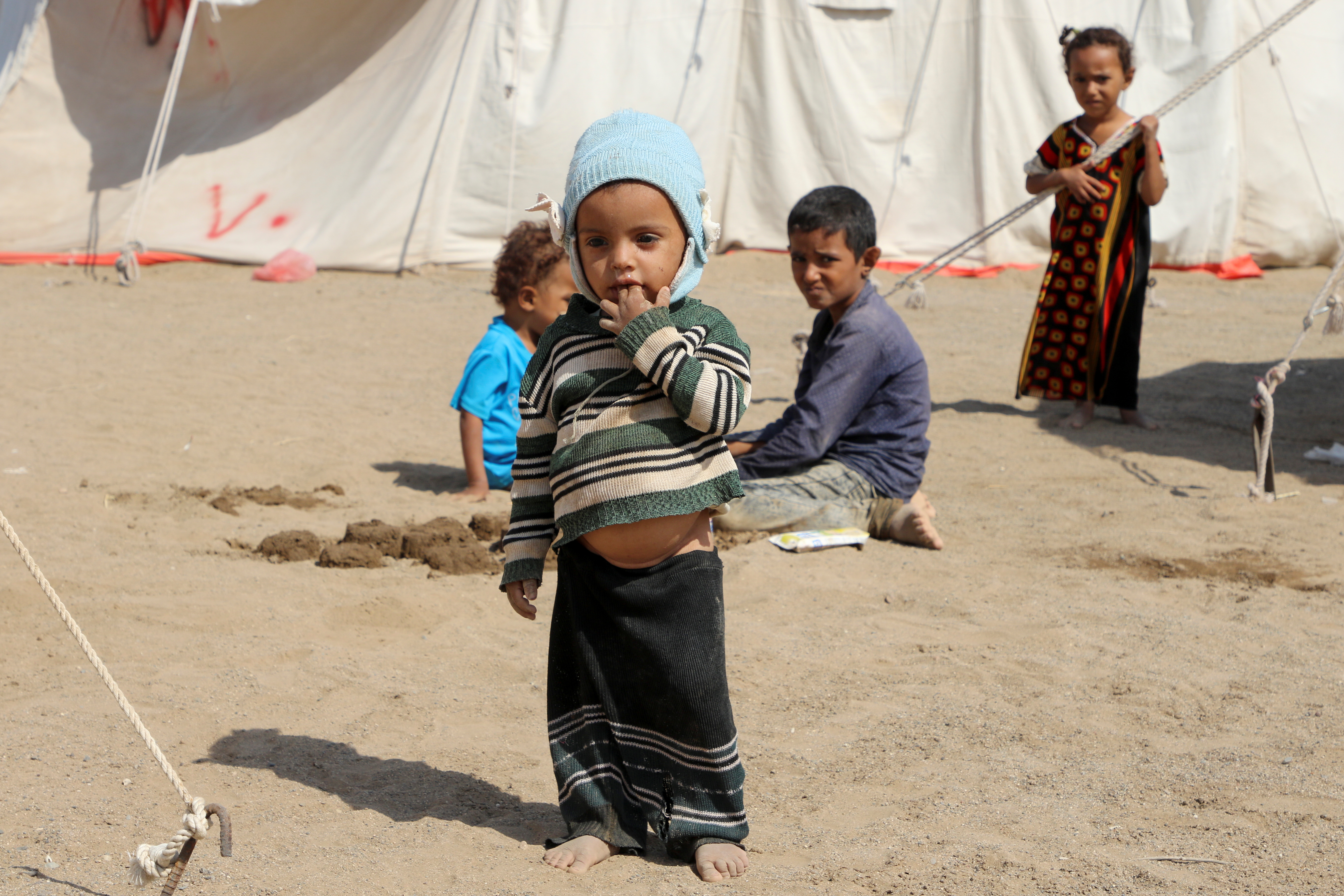 From a room in Sana’a, Yemen’s capital, Saleh Alzghari begins recounting the tragedy that hit the country seven years ago. “Two million children out of school due to the conflict, four million internally displaced, more than 16 million people suffering from famine …”, lists the spokesperson for the UN Office of Humanitarian Affairs (OCHA, in its acronym in English). ) between intermittent silences. His mechanical tone in the video call reveals that the speech he makes is a common exercise for someone who deals with the so-called “forgotten conflicts”, those who cannot find a place on the international agenda or in the media. The reasons refer to geostrategic issues such as the disinterest of powers such as the United States or the European Union; economic interests or simply that other wars monopolize the attention or the authorities impose an effective censorship.

The conflict in Yemen between the Huthi rebels and government forces – in which Iran and Saudi Arabia also compete for regional hegemony – accumulated 233,000 dead as of December 2020, according to the UN. So far this year, more than 21,000 have died, according to data from the NGO Acled, which specializes in collecting statistics on violence in armed conflicts. Despite this, this bloody war hardly raises international scandal, beyond occasional formal statements and complaints from humanitarian organizations.

For Miguel Barreto-Henriques, doctor in peace and conflict studies from the University of Coimbra and professor at the Pontificia Universidad Javeriana in Bogotá, wars like the one in Yemen are forgotten due to the disinterest of those who exercise greater global control. “It has to do with power structures and hegemonies at the international level,” he highlights. “The conflicts that receive the most attention are on the agenda of the US and Europe”.

At the beginning of last month, the UN decided to dissolve the body of experts on the conflict, which had operated since 2017, under pressure from Saudi Arabia, a country that the United States considers a fundamental ally, despite its long history of human rights violations. , inside and outside its borders, documented by organizations such as Amnesty International which, also in this case, criticized the United Nations decision. Its director for the Middle East and North Africa, Heba Morayef, said that the dissolution of the group of experts for Yemen implied “giving the green light to all parties in conflict to continue with their atrocious human rights violations.” These violations also affect the little ones. In Yemen, 10,000 children have been killed or injured in the conflict, according to UNICEF. Others fight to survive. “I have seen children trying to improvise a shelter to sleep in,” says Alzghari.

Wounds that time has not healed

The man-made disaster is also affecting different parts of Africa, where the trickle of deaths does not stop. For example, Somalia has been involved in a struggle between different clans that have claimed state power since the late 1980s. The situation has led to a government vacuum that is difficult to solve, with the presidential term expired and no date for the elections. In the last year, the country has been the scene of more than 2,500 violent clashes, which have left about 3,300 dead, according to Acled.

Josep Maria Royo, a researcher at the Escola de Cultura de Pau of the Autonomous University of Barcelona and an expert on African conflicts, assures that the rise of the Islamic extremist group Al Shabab has exacerbated tensions in the country. “It has become a machine for political, economic and corruption control at all levels,” the expert highlights. The capital is the scene of recurring violence by Al Shabab. On November 22, the director of the state radio, Abdiaziz Mohamud Guled, known for his criticism of the jihadist group, was the victim of a suicide attack in front of a restaurant in Mogadishu. “If it were up to Al Shabab, the future of the Somalis would be the same as that of Afghanistan with the Taliban,” warns Royo.

In the heart of the African continent, the Democratic Republic of the Congo also has open scars. It traces the traces of two wars that officially ended in 2003 with 5.4 million deaths, according to a study by the US NGO International Rescue Committee. The barbarism has been perpetuated and the country still faces a conflict with multiple ramifications. For Royo, the control of natural resources, ethnic struggles, the struggle for land ownership, the hundreds of militias present and what he designates as “a governance deficit” are the main elements that make up the Congolese drama. . In the last year alone, 1,188 attacks on civilians have been recorded, according to ACLED. This country is home to the largest displacement crisis on the African continent: nearly five million people have fled their homes in more than two decades of conflict, according to OCHA.

Sudan also still pays the price for its history. The world may have forgotten Darfur after the 2003 genocide, but this region did not forget the genocide. The extermination of ethnic African communities by militias of Arab origin left 400,000 dead, according to UN data. The continuation of the violence plunged into the logic of international indifference – with an unknown death count as a symptom of neglect of the conflict – and forced the Sudanese population to observe their dead only from within. From this need, he was born in 2008 Dabanga, a local media dedicated solely to reporting on the humanitarian crisis that continues to be experienced in Darfur, which led to the closure of the Tawila market in northern Darfur last month after successive attacks on the surrounding villages, whose population consisted of by displaced people who had already fled violence in other areas, reported Dabanga.

The current Darfur that reflects this local environment does not seem very different from what the Liberian Vasco Kemokai saw 16 years ago. Between 2005 and 2009, he worked as an electrical engineer in the UN mission. He managed the provision of electricity and water in the camps of the United Nations workers. Kemokai, now 64 years old, still remembers the difficulties she had to face. “We had to pay to get rid of the Yanyauid – an Arab militia considered one of the main executors of the genocide. At times, our vehicles were taken from us with all the work tools. And at night, we had to protect our homes with barbed wire so that they couldn’t enter so easily, ”he says.

Many other territories are waging conflicts that suffer from little attention globally, or whose interest fluctuates for the media and international organizations. The Sahel, the Central African Republic, Libya, Nigeria or Burundi face violent realities on a daily basis, which are reflected occasionally and which continue to expand the blood footprint in some countries of the continent.

Not all conflicts last decades. Cameroon, for example, embodies a four-year tragedy between the English-speaking regions and the Government of Paul Biya. The clashes have caused nearly 1,400 deaths in the past year, according to ACLED, and in August alone forced 11,000 people to displace, according to data from UNHCR, the UN refugee agency. Some of the few episodes that have relatively broken the informational silence were the explosion in a university campus in Buea, which left about 200 students injured earlier this month, and the death in October of a six-year-old girl by the shooting. of a policeman, who was lynched to death by a mob minutes later.