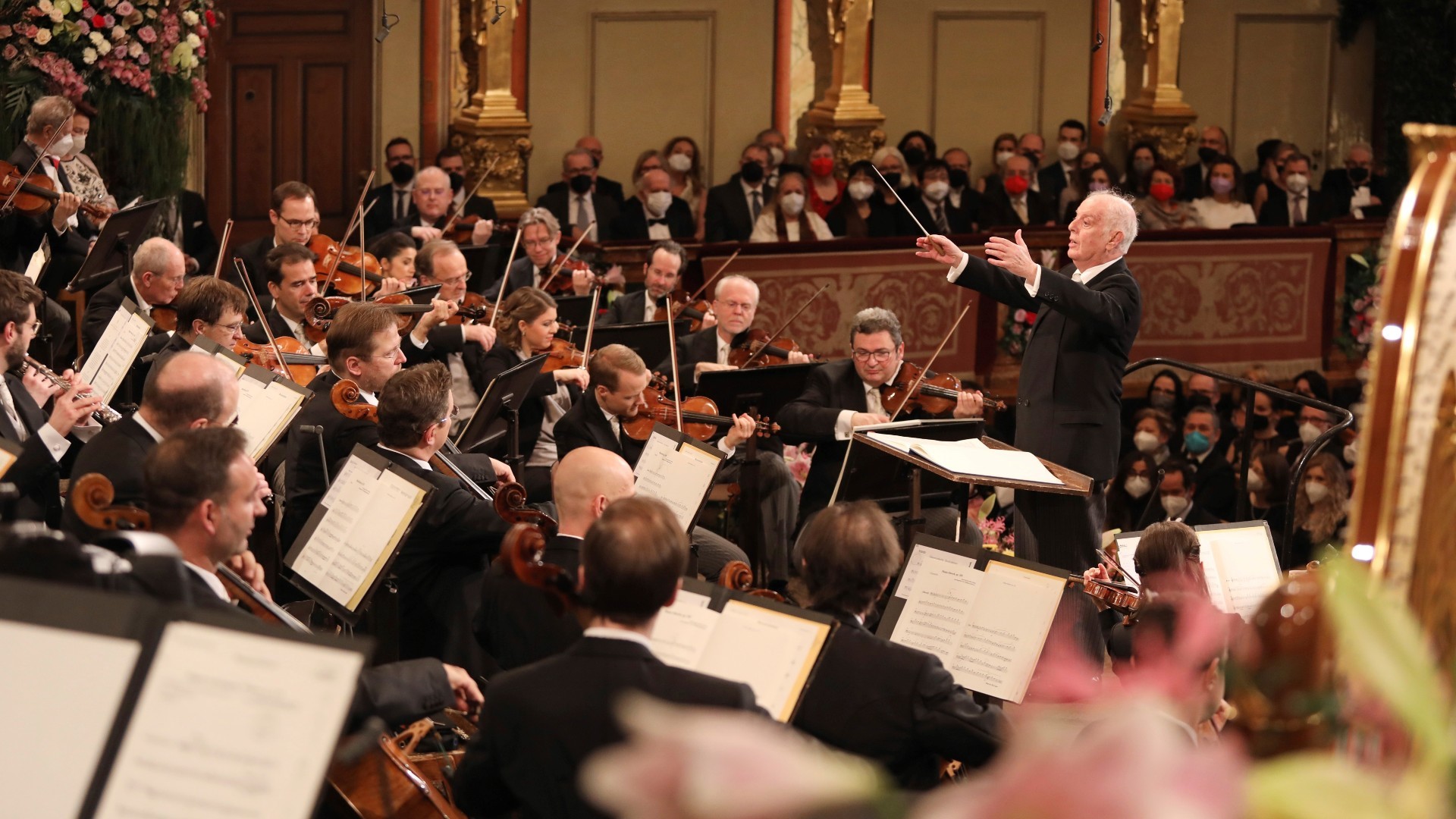 The traditional New Year’s Concert of the Vienna Philharmonic Orchestra has inaugurated the year 2022 with his 82nd edition, this Saturday, January 1. He has done it from the golden room of the Wiener Musikverein (Austria), from 11:15 a.m. to 1:45 p.m., and before a small audience, after the vacuum imposed by the coronavirus last 2021.

All the assistants have had to demonstrate to have the complete vaccination schedule (at least two doses), have a PCR test less than 48 hours old and wear an FFP2 mask.

The concert has been directed by the teacher Daniel Barenboim, for the third time, and has had Michael Bayer at the helm of the television direction, in his case, for the sixth time. Bayer, German pianist and expert director of music, theater and opera for television and film, has participated in more than 250 musical productions.

The recital has been broadcast live on La 1, TVE Internacional Europa, RNE, Radio Clásica, and RTVE Play. One more year, the classical music expert Martín Llade has commented on it.

The programming has had six new pieces

Total, the program has featured 15 pieces, six of them never performed earlier in this annual event. Thus, the composers Carl Michael Ziehrer and Joseph Hellmesberger have sounded, but also the inescapable waltz Blue Danube and the Marcha Radetzky, that close the recital every year. According to tradition, the music is mainly from the Strauss family: Johann Strauss father, his sons Johann, Josef and Eduard, and his son, Johann Strauss III.

The Philharmonic has delighted the public in the first part of the concert with the Phoenix March the Josef Strauss; el false Wings of the phoenix of Johann Strauss Jr.; the mazurcan polka The mermaid by Josef Strauss; he gallops Small newsletter by Joseph Hellmesberger Jr.; the Vals Morning diary of Johann Strauss Jr.; and fast polka Little chronicle by Eduard Strauss.

The concert has ended with several encores. Master Barenboim and the musicians have played the fast polka Hunting and then they have congratulated the New Year. They have said goodbye with the waltz The Blue Danube by Johann Strauss Jr. and the Marcha Radetzky de Johann Strauss padre.

This New Year’s Concert has included a performance of the ballet: the Waltz of the Thousand and One Nights (Johann Strauss hijo), at the Schönbrunn Palace, with the dancers Yuko Kato, Calogero Failla, Rebecca Horner, Claudine Schoch, Marcos Menha, Joanna Avraam, Masayu Kimoto, Elena Bottaro, Daniel Vizcayo and Fiona McGee.

The performances of the Ballet have been for the first time in charge of Martin Schläpfer, new director of the Vienna State Ballet (Wiener Staatsballett), who opened his post in the 2020/21 season. His works fascinate for their intensity, virtuosity and concise language of movement. Schläpfer has brought all his previous companies – the Berner Ballett, the ballettmainz and the Ballett am Rhein Düsseldorf Duisburg – to public and press applause, with numerous international awards.

The dressing room has been run by Arthur arbesser, born 1983 and raised in Vienna. A graduate of the world-renowned Central Saint Martins College for Art and Design in London, Arbesser also dressed the Vienna State Ballet in the 2019 New Year’s Concert.

The Spanish Riding School in Vienna, one of the main symbols of Vienna and Austria, with the Polka of the Nymphs (Josef Strauss). The school was founded in 1571 and is based on the traditional Spanish technique of dressage of the Lipizzan horse. On this occasion, horses have danced in a “group” made up of eight stallions and their riders.

A tribute to the 50th anniversary of UNESCO

The program of musical interval between the two parts of the concert has been titled World Heritage in honor of the 50th anniversary of the founding of the UNESCO World Cultural Heritage.

The New Year’s Concert of the Vienna Philharmonic Orchestra It has been celebrated since 1941, on January 1 in the morning, in the Great Hall or Golden Hall (Große Saal or Goldener Saal) of the Musical Society, the Vienna Musikverein, adorned with fresh flowers from the city’s gardens. Since 1959, it has been a production of the Austrian television ORF, in co-production with the European Radio-Television Union (EBU-EBU-Eurovision), which broadcasts it to almost a hundred countries around the world, with an average audience of 55 million viewers and a potential of 1,000 million.

See also  Real reason why dogs do puppy eyes at owners - and it's very, very clever