Skip to content
Home News The value of a summit | Opinion 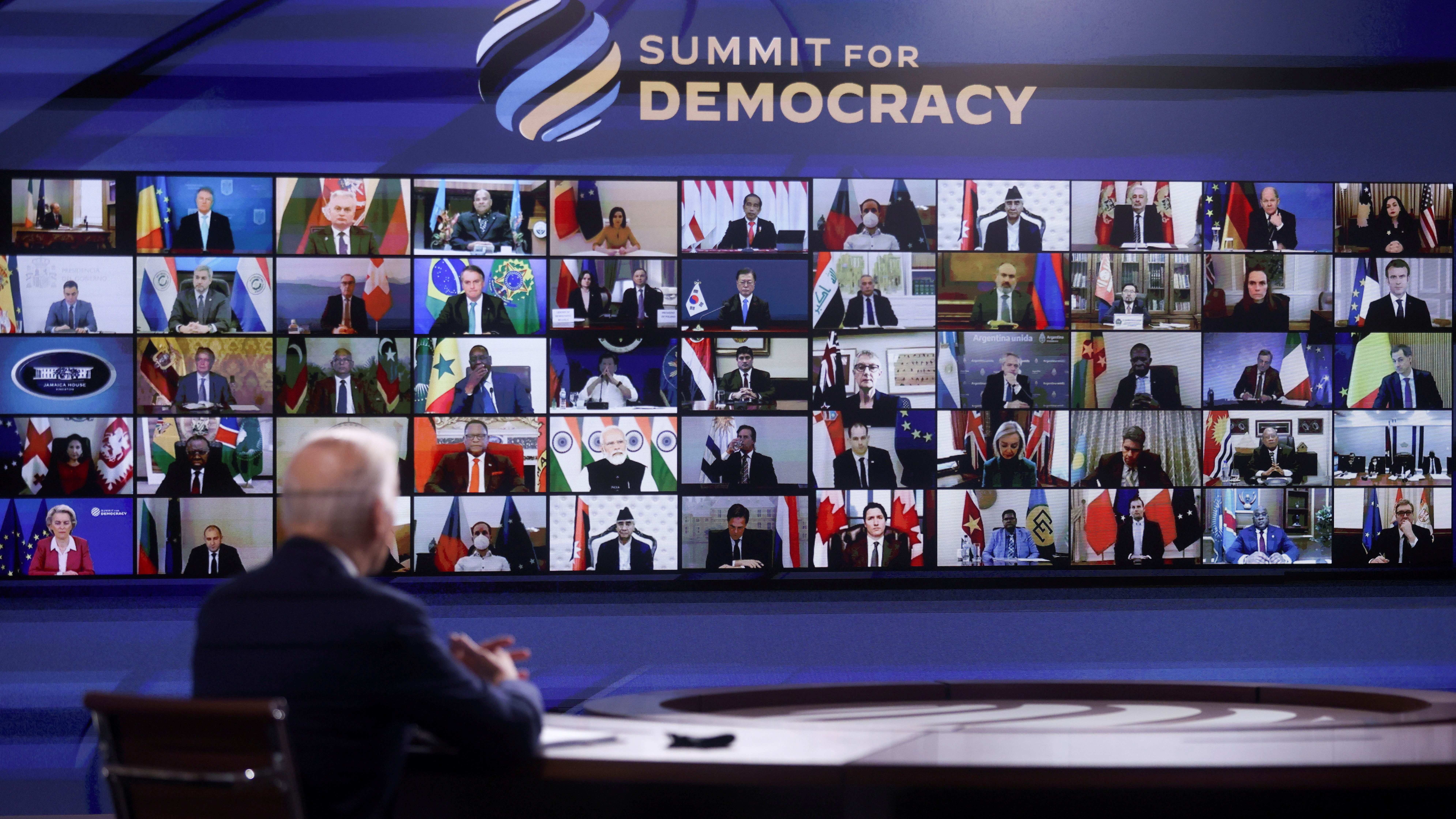 The president of the United States, Joe Biden, could not imagine under what difficult conditions he would fulfill his electoral promise to hold a summit for the promotion of democracy. Despite the fact that it was formulated during the 2020 election campaign, when the contagion of covid-19 was at its peak, it was impossible to imagine that the meeting would have to accommodate the devalued format of the videoconference, in which the solemnity of the forms and the useful context of the bilateral meetings and parallel meetings.

Nor could he foresee the almost simultaneous opening of geopolitical crises with China and Russia, around Taiwan and Ukraine respectively, both with threats of war, in the medium term in the first case and immediate in the second. Nor could he enter into his calculations that Donald Trump and the Republican Party subjected US democracy to the shameful episode of discredit that the assault on the Capitol represented on January 6, still pending the parliamentary and judicial correction that requires a constitutional violation of such caliber.

The initial message signaled the change in attitude towards Trump, especially the disavowal of his contempt for democracy and his appreciation for dictatorships, but the actual message is a point toward Russia and China. And both autocracies have interpreted it as corroboration of a cold war already underway. Especially furious has been the reaction of Beijing, which has organized a farce of an alternative summit, has published a white paper entitled China, Democracy That Works, and a terrifying report on The State of Democracy in America.

The Chinese communist regime has been particularly hurt by the invitation extended to Taiwan, an impeccable democracy, although it also emerged from a dictatorship and a counterexample of the evolution experienced by mainland China, with all the reasons therefore to fear its annexation by force. by a dictatorial regime. Beijing’s reaction against the summit convened by President Biden confirms the obsolescence of the one country, two systems principle, under which the return of Hong Kong took place. That same principle presided over the idea of ​​a future peaceful and democratic unification between Taiwan and mainland China and enabled the United States and the international community to uphold the one-China principle.

Added to the difficult circumstances of the convocation is the incongruity of the guest list, among which there are democracies so defective that they do not deserve such a name and others where alternation is still possible but were not invited. The summit has pointed out two dangerous territories for democracy: political corruption and the use of technologies as instruments of authoritarian disruption. More interesting is the idea that democracy is not only defended on the international scene, but that the place where it needs the care of governments and citizens is within each of the democratic countries, starting with the convener. This is perhaps the main lesson and the one that gives the most value to the Biden summit.