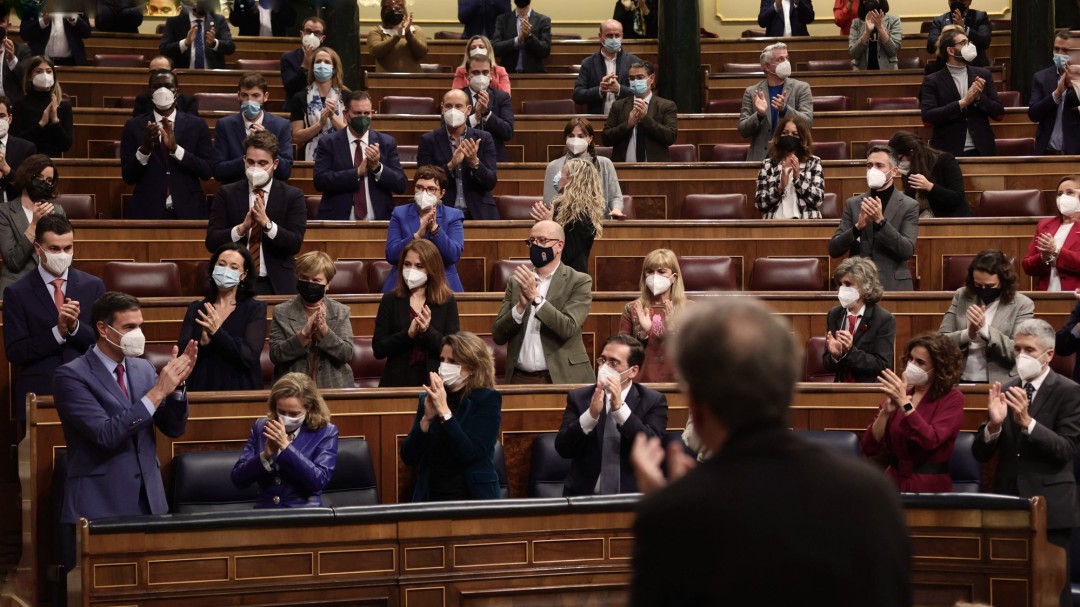 The return of the political course will be marked by the labor reform that came into force on December 31. Since this week, the Government has intensified contacts with parliamentary groups to try to build a majority that allows the validation of the decree-law. The parties that usually support the executive in Congress do not guarantee their support this time, so the talks will be extended to all opposition parties, including Ciudadanos. The training spokesman, Edmundo Bal, was in favor of respecting the agreement sealed with the unions and the employers.

In Moncloa they do not want the text that has been reached by the consensus of the social agents to undergo modifications in the parliamentary process, but that makes it difficult for parties such as Esquerra Republicana, EH Bildu or the PNV to come together. To the sovereign forces, the scope of the reform seems insufficient. The Basque nationalists assure that they will not support the new regulations if the prevalence of national conventions is maintained over those that govern their Autonomous Community. In some cases, they argue, that could mean that workers suffer wage cuts.

The Minister of Finance, María Jesús Montero, has assured this Monday that she does not contemplate the possibility that the decree law is not validated. Another issue, he said, “is that it is processed as a bill, and that is where we call to respect as far as possible the agreement resulting from a fairly honest dialogue and in which the social agents, once again, they have been at the height of the country and have shown the patriotism that they have been showing since the beginning of this pandemic. “

Congress will advance other reforms in January

In parallel to the conversations on the labor reform, Congress will advance this month in the works to process two laws of the Ministry of Equality. On the one hand, that of sexual freedom, better known as the “only if it is yes” and, on the other, the Law of Equal Treatment or zerolo law. These two regulations, which have generated the occasional friction between PSOE and United We Can during their negotiation, will be a priority in this legislative semester and the intention is that the work of the papers is accelerated during the first weeks of 2022.

Along with them, the Citizen Security Law is also waiting for its definitive impulse. A norm that in practice will suppose the repeal of what is known as the “Gag Law” of the PP. The presentation of the Interior Commission was constituted at the end of last year and the intention of the parties that make up the Executive is to seek an agreement with the usual partners who, again, want the scope of the reform to go beyond what raise a priori PSOE and United We Can.

Awaiting final approval from the Council of Ministers is the Housing Law. The head of Transport, Mobility and Urban Agenda, Raquel Sánchez, assured that the regulation would be sent to Congress before the end of 2021. It will finally arrive late. The text is awaiting the mandatory report of the General Council of the Judiciary.