Skip to content
Home News The vaccine that the Franco regime did not want to distribute: “They did not give it to us and we are paralyzed for life” | The Window | Cute Radio 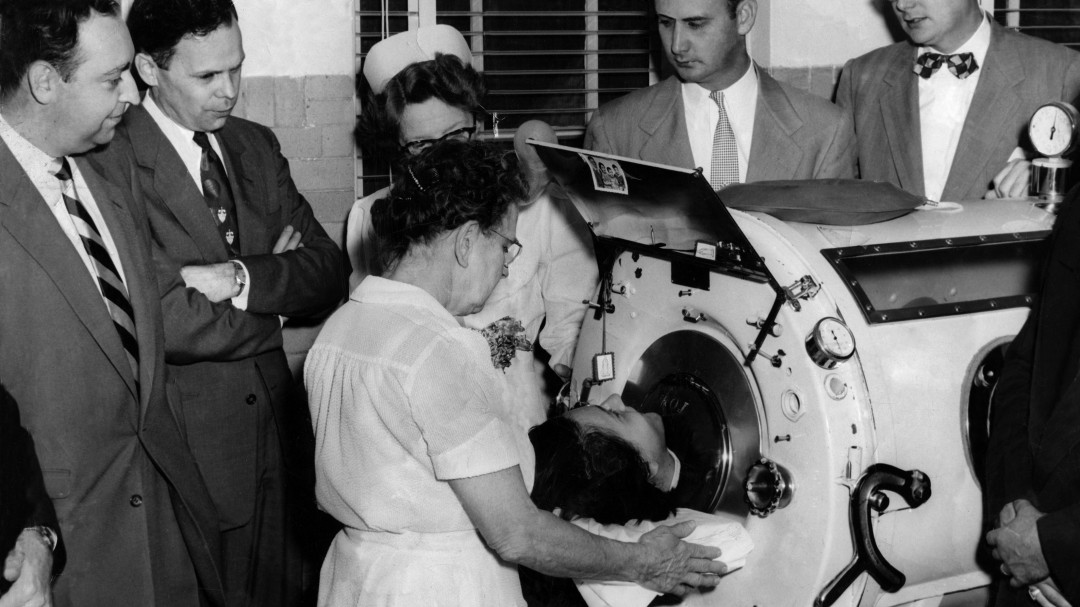 At a time when the conversation about vaccines tends to be polarized, and in which Spain stands out worldwide precisely for its high levels of vaccination, it is worth remembering a time not so long ago when the country was at the bottom of these procedures.

Spain took a long time, longer than necessary, to administer the vaccine for a disease that mainly affected children and claimed thousands of lives and left consequences for a large part of the population: poliomyelitis.

The vaccine was discovered in the United States, and began to be administered throughout the world in 1955. In Spain, however, vaccination did not begin until 1964, thus leaving tens of thousands of children with consequences for their entire lives.

One of those girls is Rosa Hernaz, who is part of the platform ‘Boys and girls of polio’, made up of some 400 people from all over Spain. She had just learned to walk when she stopped being able to do so: “Suddenly she was eating very little, and my mother, like all mothers, was immediately alert. One morning he’s going to get me out of bed and I collapse. They rushed me to the hospital and it was polio.”

Rosa remembers the child who was by her side when she was admitted, a child who died a few hours after she arrived: “Polio affected the lungs, in hospitals they were waiting for a child to recover a little to get him out of the iron lung and put another.

The image of boys and girls in those metal boxes that helped them breathe, the iron lungs, is one of the most chilling of that pandemic, which was only eradicated once vaccination campaigns were launched.

The platform ‘Boys and girls of polio’ calls for the delay in vaccination by the Franco regime, which is why they do not understand, says Rosa, the rejection that exists today, 60 years later, of a vaccine that, just like then, He has saved the lives of countless people. “They did not give us the vaccine and look how we are, with lifelong paralysis,” he laments, “and that with the vaccine.”

The distribution of it, once it arrived in the country, was more than deficient: “I spoke with one of the doctors who carried out the vaccination campaign, and he said that they carried the vaccine with donkeys and refrigerators from the old Coca-Cola bottles to the villages. When they wanted to get that vaccine, it was expired.”

“They didn’t follow the indicated doses either, the first year they did, but in the following year nothing,” he adds, also pointing out that the version that was bought in Spain was different from the original, a cheaper version.

What is requested above all is the recognition of this generation, whose demands have been included in the Historical Memory Law that is about to be approved. Even so, Rosa claims, “Franco did not pay attention to us, from democracy they are all promises, but when it comes to the truth we do not see results”.

What they ask for is muscular rehabilitation, since the lack of it stiffens their muscles and makes them suffer from fibromyalgia very often, and to prevent their treatment from being reduced to mediation for pain: “Rehabilitation goes by communities, in the Community of Madrid they don’t give you any, they send us directly to the pain unit”.

Poliomyelitis affected more than 20,000 people in Spain alone between 1950 and 1963, according to data from the Carlos III Health Institute. This Sunday, January 30, a concert will be held in Madrid for those forgotten by polio, at the El Pozo del uncle Raimundo cultural center, with performances by Salvador Amor, Javier Batanero, Marta Espinosa and Manu Clavijo, among others.