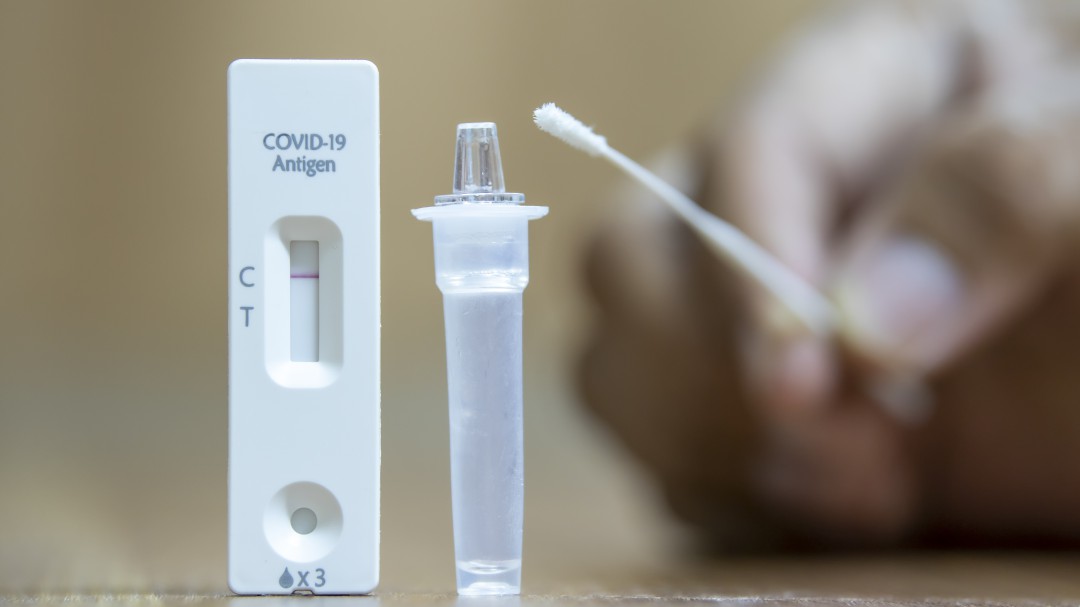 The president of the United States, Joe Biden, will announce new measures on Tuesday, such as the mobilization of military and federal medical personnel to support hospitals and the purchase of 500 million COVID tests, to face the advance of the omicron variant in the country.

A source from the Biden Administration, who spoke on the condition of anonymity in a virtual conference with journalists, detailed the additional steps that the president will take, who already released a “detailed strategy” a few weeks ago to combat the pandemic in this winter.

Specifically, Biden will announce this Tuesday in his speech on the pandemic greater support for hospitals, the increase in the availability of free tests and the expansion of spaces for vaccination.

To have more professionals in the hospitals, the spokesman explained, Biden has instructed the Secretary of Defense, Lloyd Austin, to prepare about 1,000 service members, including military doctors, nurses and paramedics, who will be deployed, if necessary. , during the months of January and February.

Federal medical personnel will also be immediately available to support the states. Initially, six emergency response teams made up of more than 100 clinical and paramedical professionals will travel to the states of Michigan, Indiana, Wisconsin, Arizona, New Hampshire and Vermont.

In addition, the ruler will order that the Federal Emergency Management Agency (FEMA) designate personnel for a national response coordination center and that teams of experts from that entity evaluate the hospital needs of the states and territories.

The actions include guaranteeing the supply of thousands of masks and more than 100,000 ventilators.

Free tests to the population

Similarly, Biden will announce measures to increase access to free trials, which includes, among others, the installation of new spaces led by the federal government.

The first of these structures will be installed this week in New York.

Another decision that will strengthen the diagnostic capacity will be the purchase by the Biden Government of some 500 million rapid tests to be performed at home.

The tests will begin to be distributed in January. To do this, a website will be set up where citizens can request that the exams be delivered to their homes.

On the other hand, the steps to expand vaccination capacity will be announced, including the installation of new spaces, including mobiles, throughout the country, and the dispatch of federal personnel specialized in the application of vaccines to 12 states, tribes and territories.

According to data published this Monday by the Centers for Disease Control and Prevention (CDC), omicron is already the most contagious variant of the coronavirus in the United States, where between December 12 and 18 it was 73 , 2% of the new cases.