Skip to content
Home News The upturn in infections in Spain promotes the COVID certificate: these are the communities that demand it | Society 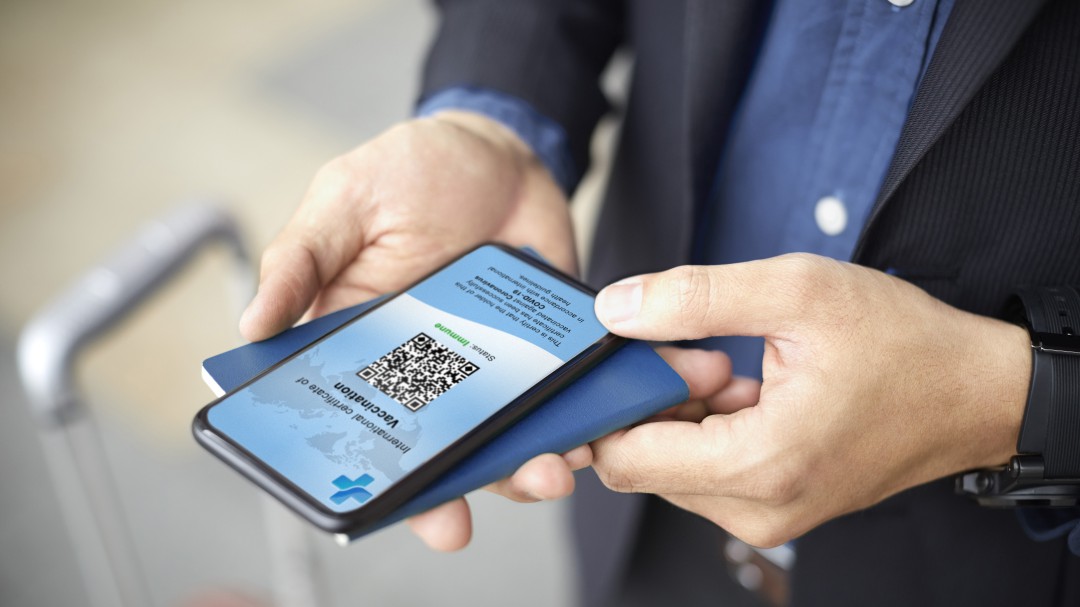 More and more communities are asking the Ministry of Health for a legal way to implement the COVID passport to access bars, theaters, cinemas or discos. However, until now Health has dodged the issue and has emphasized the need to vaccinate what they have not yet done.

COVID-19 infections do not cease to increase and, given the approach of Christmas, there are several communities that want to shield themselves against the virus to emerge gracefully from the sixth wave that is already affecting the European environment. In Spain, the cumulative incidence at 14 days stands at 111 cases per 100,000 inhabitants, while in Germany, the United Kingdom, Austria or Belgium it exceeds 700 cases.

But, which autonomous communities have requested the COVID pass, and which have rejected it?

Andalusia already requested the implementation of the passport in the summer months, however, from Health and the Courts they denied it. “Andalusia raised several questions and the courts have ruled here. Obviously, the certificate would not see badly if certain mass activities were required where the risk of contagion is greater,” said the spokesman for the Andalusian Government, Elías Bendodo.

The Executive of Aragon has requested the Superior Court of Justice of Aragon the prior authorization to require the COVID certificate to those over 12 years of age to access events and establishments that congregate more than 500 people indoors or 1,000 outdoors. However, the regional court has not yet ruled on the matter and has a period of three days to rule.

On the contrary, Asturias does not believe that the COVID pass will come into force, since the Principality has one of the lowest incidents in Spain at 14 days, specifically 50 cases per 100,000 inhabitants.

See also  Firefighter: George Floyd 'needed and wasn't getting it'

In the case of the Balearic Islands, the Superior Court of Justice of the community already authorized a week ago the use of the vaccination certificate in nightlife. In this way, until next December 8, the clubs will require the document to access their facilities.

The Canary archipelago also requested the implementation of the passport a few months ago, although the Courts knocked it down. However, from the islands now they do not rule out requesting the document again to use it in certain activities.

The Government of Cantabria does not consider taking restrictive measures at the moment in the face of the “new wave” COVID-19, although it is “waiting” for how the approaches adopted in other communities with more incidence will evolve, and its president, Miguel Ángel Revilla, has insisted on vaccination.

The Minister of Health of Castilla-La Mancha, Jesús Fernández Sanz, has ensured that the regional government does not contemplate new restrictions to contain COVID-19 since the region is in a “very stabilized” situation, advocating that yes to influence the The use of the mask, therefore, will conform to what was decided by the Interterritorial Council regarding the passport.

In the case of Castilla y León, the vice president of the Board, Francisco Igea, has indicated that he foresees that next week there will already be “a clear criterion” in the regional government on the possible implementation of the COVID passport to “have it planned” if necessary, although he trusts that the measure does not have to be put into practice.

See also  Glenafton Athletic are huge favorites so no pressure on us in cup, says East Kilbride Thistle co-boss

Catalonia already has the use of the passport in the community, in fact, the Justice has endorsed this Thursday to extend the health restrictions in force for two more weeks, which include the obligation to use the COVID certificate in nightlife and to access banquets , celebrations and social events in hotels and restaurants where there is dancing indoors.

For his part, the president of the Generalitat, Ximo Puig, has trusted that next week there will be a solution for the implementation of the COVID passport in “some spaces” that unvaccinated people will not be able to access.

The president of the Junta de Extremadura, Guillermo Fernández Vara, has asserted that the Extremadura community “for now” is not considering implementing the ‘COVID passport’ since it “does not” reach “to guess the usefulness of that measure” with the high rates of vaccination against COVID-19 that the country presents.

In Galicia, it is already mandatory to present the COVID passport at nightlife, in pilgrim hostels and the Galician government proposes to request it again to access the hotel industry and mass events indoors. Besides, andhe Superior Court of Xustiza de Galicia has authorized that the COVID passport can be required for access to public and private hospitals in the community for visits.

In the Community of Madrid, its president, Isabel Díaz Ayuso, pointed out this Friday that “for now” it is not necessary to take new measures against the coronavirus in autonomy but has insisted on the importance of vaccination.

The Murcian community, for its part, is considering requesting the use of the COVID passport in the autonomy, however, the authorities and Health Councilors of Murcia have not yet ruled on the matter.

Navarra will propose the application of the COVID passport for judicial ratification to the Superior Court of Justice of Navarra, a measure that will be presented to the Chamber next week and that, if approved, will work in certain spaces and cases, such as restaurants and nightlife venues and mass events with drinks.

The Basque Prosecutor’s Office has issued a favorable report to authorize the COVID passport requirement in Euskadi to be able to access nightlife venues or restaurants with dining rooms with more than 50 people, as requested by the Basque Government to the Superior Court of Justice of the Basque Country.

The Government of La Rioja is not considering, for the moment, the implementation of the pass, and, therefore, the restriction of access to closed spaces to those people who have not completed their vaccination schedule. This has been assured by the spokesman for the regional Executive, Álex Dorado.

In both autonomous cities, their authorities have not yet ruled with the intention of requesting the COVID passport in their territories, however, the decision will be adjusted to what is determined by the Interterritorial Health Council.