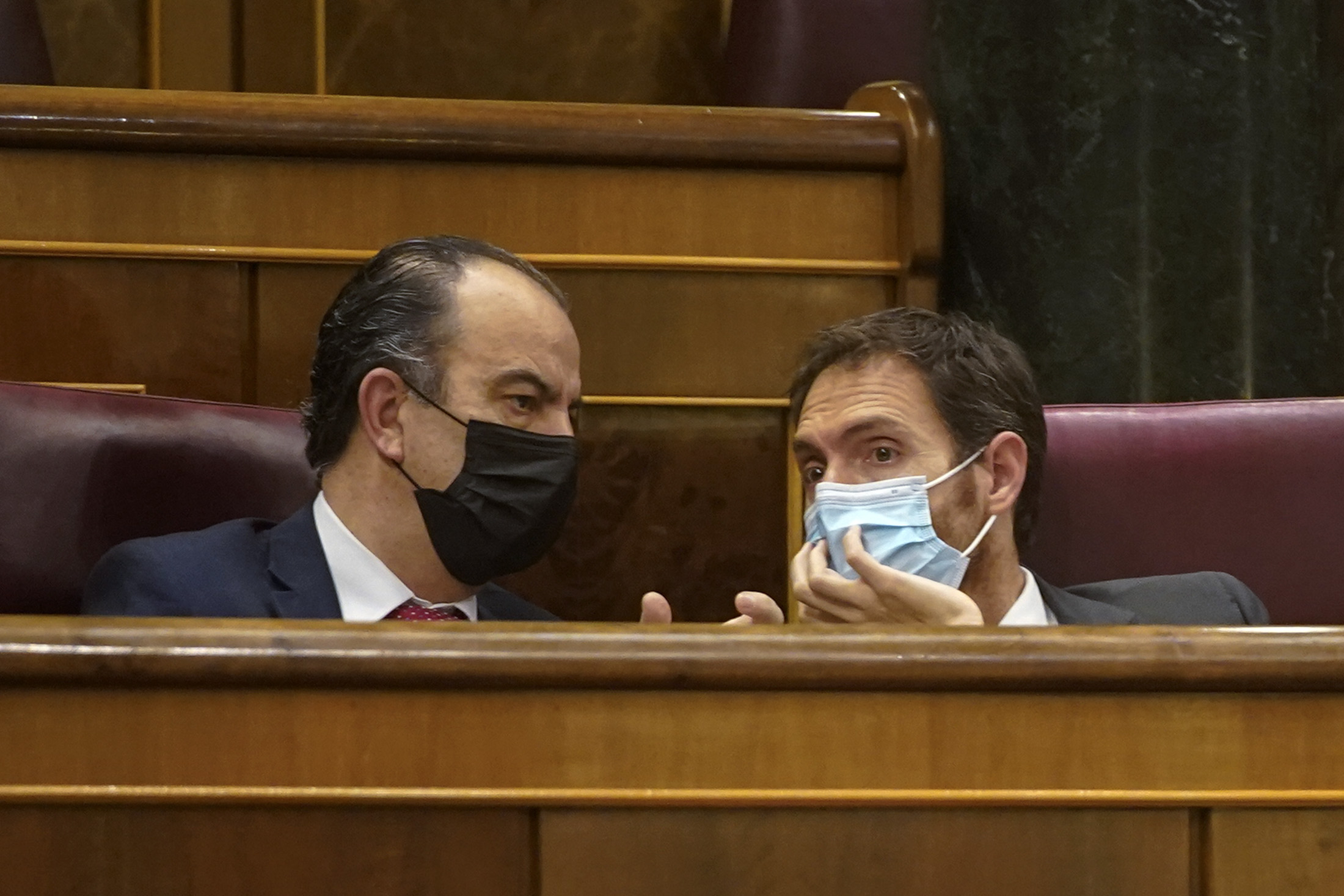 The Committee of Guarantees and Discipline of the Union of the Navarrese People (UPN) has proposed this Wednesday to suspend deputies Carlos García Adanero and Sergio Sayas from militancy for two and a half years for having voted against the labor reform, despite the guidelines of her party to support her. The Committee has issued the sanction proposal after hearing the version of the two deputies, who appeared on Monday. García Adanero himself has confirmed that they will present the corresponding allegations, for which they have a period of five days.

The guarantee committee’s proposal is much more lukewarm than the request from the UPN executive committee, which directly proposes the expulsion of the two deputies from the party. This last request has the support of the absolute majority of the executive -only Adanero himself voted against- and with 80% of the votes of the political council, although it has generated different reactions in the meetings that the management -formed by the president, Javier Esparza; the vice-president, Enrique Maya, and the general secretary, Yolanda Ibáñez― have held meetings with members in different municipalities in Navarre to explain the situation.

Unlike the executive and the political council, the guarantees committee is made up of five members, who must base themselves on the statutes of the formation to issue a proposal and do not hold any public office of UPN, so they do not owe their position in the party to the direction of turn.

It is the statutes themselves that rule out the expulsion of Adanero and Sayas. The text qualifies as a serious offense “any political action that goes against the decisions approved by the party’s bodies, and expressly the breach of the official voting duty in the institutions, established by regulation.”

However, this offense carries as possible sanctions a temporary suspension of membership for a period of between one and three years, and disqualification from holding positions within the Party or on its behalf for the same period of time. The two sanctions are not mutually exclusive, that is, they can be applied jointly. On this occasion, the guarantees committee has proposed the suspension of militancy for two and a half years, and the two deputies have up to five days to present their allegations and the evidence that supports them.

Immediately after the expulsion proposal was known, Sergio Sayas explained in Congress that the sanction approved by his party against him and his partner, Carlos García Adanero, “is not motivated, nor justified” and has advanced that they will present in the next five days allegations against it, reports Javier Casqueiro. Sayas has considered “very evident” that the UPN leadership wants them out of the formation and has interpreted, however: “The voters want us inside.” And there he has referred to the fact that he has not been able to take a step through the streets of Navarra for five days, which are “a clamor” in his favor, and he has indicated that his WhatsApp has collapsed with 680 unanswered messages.

It is evident that the leadership wants us out of UPN and the voters inside.

The Navarrese deputy has admitted that this appreciation of popular support was somewhat subjective, but has ratified that he does not intend to leave his seat and that the executive and the president of UPN still have not informed them or their militants of the “hidden” agreement reached with the PSOE to support the labor reform. He has also considered that what is known about it seems “insufficient”, because the only thing that would have helped him to accept that guideline of his formation was the announcement of the rupture of the government agreement in Navarra between the PSN and the local brand of Bildu .

Sayas pointed out that he does not feel like a traitor and argued that he kept his turn in the vote hidden to listen to the nine hours that the plenary session lasted and to see if there was a call from Esparza in which he gave his reasons. And he finished: “That will be a longer road than some would like.”